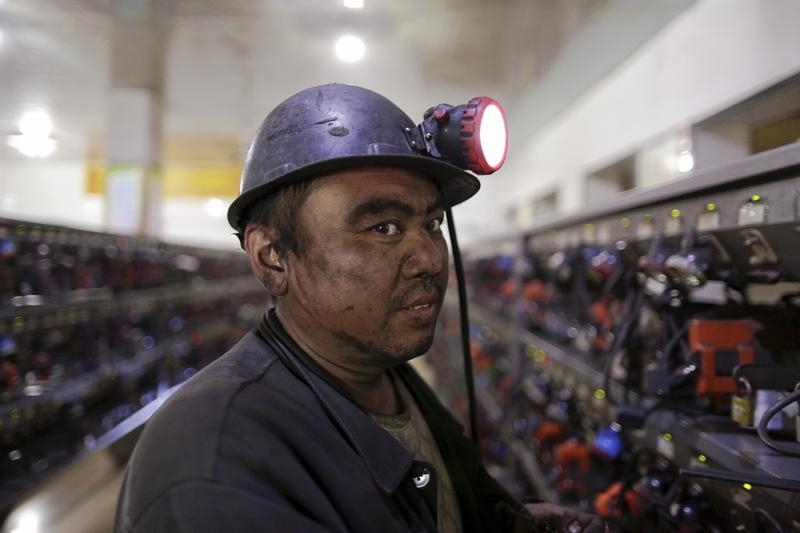 The best way to cut carbon and smog is to limit the economy’s dependence on coal. Mammoth investment in alternative energy and efficient industry is required, or China will flunk its Paris vows. But finding the private capital needed to drive change will be tough.

A miner is pictured before he takes his self-rescue equipment off after a day's work at a coal mine of the state-owned Longmay Group on the outskirts of Jixi, in Heilongjiang province, China, October 24, 2015. To match story CHINA-COAL/JIXI Picture taken on October 24, 2015. REUTERS/Jason Lee

At December’s climate change summit in Paris, representatives from the 195 countries agreed to aim to limit the rise in temperature since the industrial revolution to “well below” 2 degrees Celsius, with “efforts” to keep it to no more than 1.5 degrees Celsisus.

According to China’s pledge, the country aims to reduce the carbon intensity of GDP by at least 60 percent by 2030, compared with 2005 levels. China will increase non-fossil fuels in primary energy consumption to 20 percent by 2030 to help achieve that goal, the pledge says. The Chinese government plans to cap the country’s coal consumption at 4.2 billion metric tons by 2020, according to a report from China Daily on Dec. 15.

It will cost China over $6.2 trillion to meet its climate goals, China Daily reported on Dec. 10.