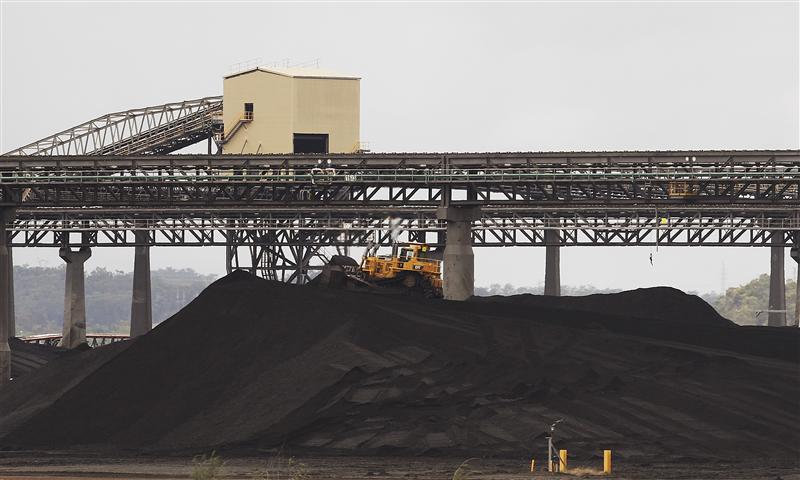 Coal’s ascendancy looks set to leave already ailing U.S. miners stuck in a pit. Within five years, the black rock is likely to replace oil as the world’s top energy source, according to the International Energy Agency. That should be good news for America’s miners, which are sitting on 28 percent of the planet’s coal. But they’re ill placed to do well from the boom.

America’s reserves equate to several hundred years of the nation’s current coal consumption. They’re also about 50 percent larger than Russia’s, which has the second-largest set of seams. Combined, the two countries burn about 1.2 billion tonnes of King Coal a year, equivalent to the 16 percent increase in global consumption the IEA expects by 2017.

America’s coal industry is being left out of the party, however. It’s already hurting. Alpha Natural Resources and Arch Coal lost close to half their market value in 2012. The Obama administration’s tighter air control rules are only a small part of the problem. Natural gas remains cheap and is expected to further cut demand for coal in generating electricity by another 14 percent by 2017.

Worse, most U.S. mines are poorly placed to exploit demand outside its borders. Most, especially in the Appalachian states, are old and have already tapped the cheapest seams. Add in pricey rail transport to East Coast ports and exports only make money when coal is over $100 per tonne, according to Brean Murray Carret & Co. That puts them at least $5 out the money at current international prices. Costs for producers in Wyoming and Montana are lower, but these have poor access to ports.

Instead the spoils from rising global demand will go to those operating in Indonesia and Australia, the top two exporters. Flooding and weak global prices hurt Australian miners in 2012, knocking a third off the market value of top producer Whitehaven Coal. But the future looks brighter. Costs there and in Indonesia are lower. And China, the main growth market, is relatively close.

Miners down under should have a better 2013. But for America’s producers, a happy new year looks a tough call.

Coal will supplant oil as the top source of global energy by 2017, according to a report by the International Energy Agency.
The annual Medium-Term Coal Market Report, published on Dec. 18, showed that coal had met nearly half of the world’s rising demand for energy over the 10 years to 2011. In 2011 alone, demand for coal climbed by 4.3 percent.
By 2017, the world will burn 1.2 billion more tonnes of coal per year than at present - equivalent to roughly the current annual consumption of the United States and Russia combined.
The United States has the world’s largest reserves of coal at about 28 percent of the total, according to oil company BP. The world’s two largest exporters, Indonesia and Australia, control 0.6 percent and 9 percent respectively.
Over the past year shares in Peabody Energy, America’s second-largest miner by market capitalization, fell by 20 percent, against a 20 percent rise in the S&P 500. Rivals Alpha Natural Resources and Arch Coal have lost close to half of their value.
U.S. coal exports are on track to hit a record high in 2012, beating the previous peak of 113 million short tons in 1981, according the U.S. Department of Energy.