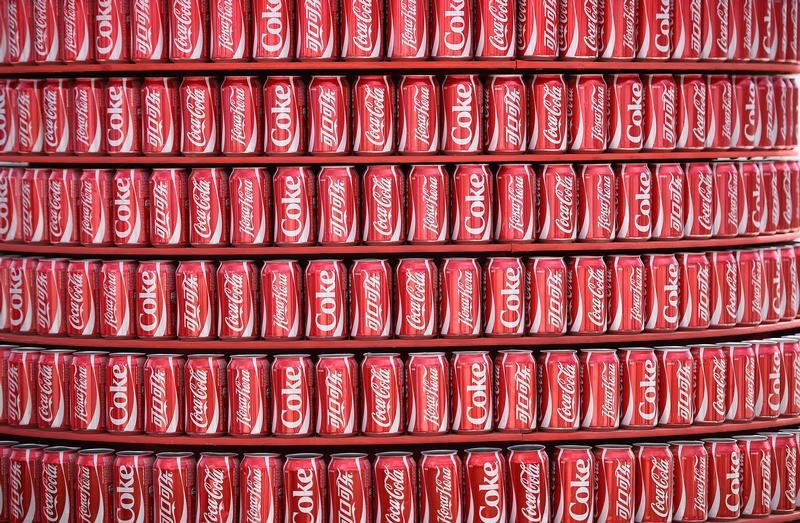 Coca-Cola’s sparkling talk about its water achievements is a bit too fizzy. The $170 billion company run by Muhtar Kent reckons it’s on course to hit its goal of replenishing all the water it uses by the end of this year – five years earlier than the 2020 target.

The company uses around 305 billion liters of water a year for its 500-odd beverage brands – enough to cover New York’s Central Park to a depth of nearly 300 feet. Some 160 billion liters end up in its bottles and cans, and the rest is used to run the factories.

Coke has done more than many companies to reduce its impact on water resources. It adheres to stewardship and disclosure standards set by the likes of the Nature Conservancy and the U.N.’s CEO Water Mandate, and it wins praise from investor advocacy groups like CDP and Ceres.

All but one of Coca-Cola and its bottling partners’ 863 factories now meet its standards for treating and recycling wastewater, allowing the company to return 80 percent of it to local water systems. Coke has also set up 209 projects in 61 countries to increase access to water and sanitation. All in, these endeavors account for around 280 billion liters of water a year. The potential to nudge that up to the company’s total consumption is the basis for the imminent claim of 100 percent neutrality.

It’s smart risk and reputation management. Water-guzzling operations can take the flow away from others, especially in certain places in Latin America, Africa and the Middle East. That can spark resentment, boycotts and pressure to close factories. Such concerns in the past year forced Coke to abandon plans to build one plant and expand another in India.

This highlights one problem with Coca-Cola’s figures, though. They’re global, and water scarcity is primarily local. Not everyone affected by the company’s water use may feel the benefits. Moreover, efforts directed at sanitation and reforestation, say, are not always the same as replenishing water at the source.

The company also excludes from its calculations the water used by farmers it buys crops from – though it does have a code of conduct for them. Coke deserves plaudits for its achievements so far. But the claim that it is about to become water neutral doesn’t yet pass the taste test.

The word order of sentence two of paragraph four has been corrected.

Coca-Cola expects to achieve its 2020 water replenishment goal five years early. The soft-drinks producer made the announcement on Aug. 25 during World Water Week in Stockholm.

The company said that the Coca-Cola system – which includes its bottling-plant partners – “is balancing the equivalent of an estimated 94 percent of the water used in its finished beverages based on 2014 sales volume.”

Coca-Cola expects to achieve its 2020 water replenishment goal five years early. The soft-drinks producer made the announcement on Aug. 25 during World Water Week in Stockholm.

The company said that the Coca-Cola system – which includes its bottling-plant partners – “is balancing the equivalent of an estimated 94 percent of the water used in its finished beverages based on 2014 sales volume.”