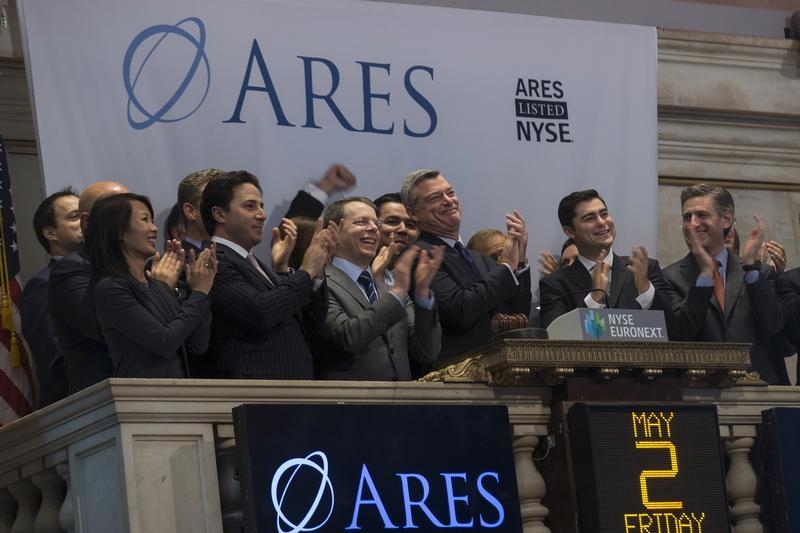 Two investing friends are parting ways with benefits. Ares Management, the private equity shop run by Drexel Burnham Lambert alum Tony Ressler, on Tuesday called off a $2.6 billion plan to merge with Kayne Anderson. The two couldn’t agree on how to tackle the energy sector, but nevertheless came up with a cozy solution that contrasts starkly with how some crisis-era leveraged buyouts collapsed.

The neighboring Los Angeles firms struck a deal in July to create an investing powerhouse even bigger than KKR. The idea was to combine the $88 billion Ares has under management for private equity and credit with Kayne’s $22 billion earmarked primarily for energy and real estate. Despite the differences in size, the combined company was to be renamed Ares Kayne with Ressler as chief executive and Ric Kayne as his co-chairman.

These old friends say that in the last few months they have arrived at different ways to respond to a rocky market. Around the time they announced their deal, the price of oil had tumbled three times faster than an index of energy-related master limited partnerships. Since then, however, they have fallen in step, raising fresh concerns about whether pipeline and storage companies will be able to sustain the pace of rising payouts to investors.

The end was unusually amicable for the typically cutthroat world of M&A. Ares will cover Kayne’s costs of some $30 million and, despite the divergence of views, give Kayne $150 million to invest in energy. The companies “continue to have tremendous respect and admiration” for each other.

It’s a practically unrecognizable tone compared to contentious buyouts just a few years ago. Back in 2007, for example, Hexion Specialty Chemicals – a company backed by Leon Black’s Apollo – pulled out of an $11 billion deal to buy rival Huntsman. After Huntsman sued and won, Apollo and Hexion paid $1 billion to settle. Cerberus, KKR and Goldman Sachs are among other firms that contentiously slipped out of some big deals at the time, citing adverse conditions.

Ares and Kayne have proved that unraveling an important merger doesn’t have to be antagonistic. It just may take a dollop of cronyism.

The companies said they had different views about how to proceed in the energy sector.

Ares will reimburse Kayne Anderson $30 million in costs and fees and give the firm $150 million to invest. They also will seek ways to work together, including jointly pursuing separately managed accounts and other products that include master limited partnerships.