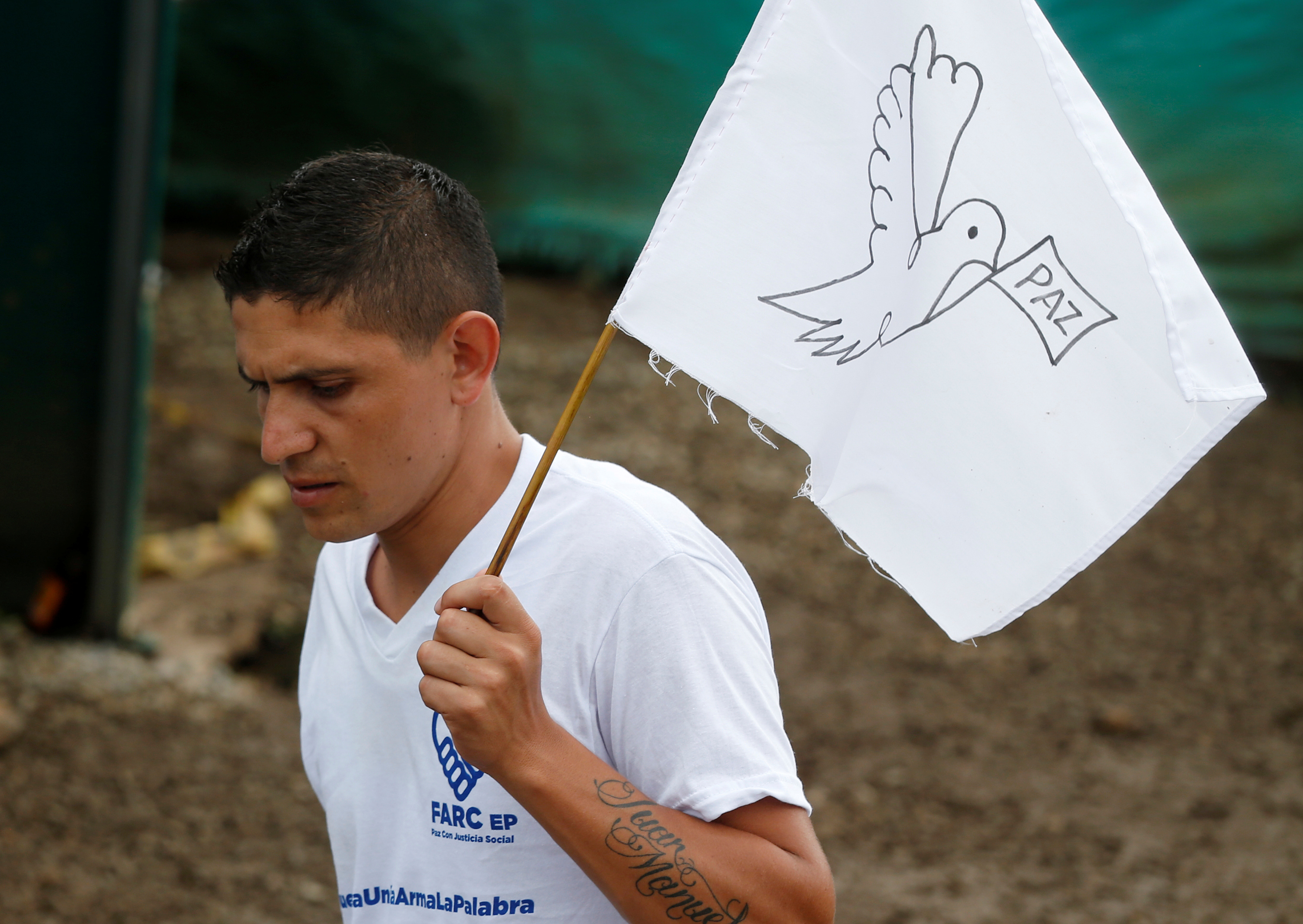 Ending five decades of civil war will lift the Andean nation’s economy in the long run, but place additional burdens on tight government finances in the meantime if peace is to prosper. Encouragingly, murders are down and tourism up, but it could all still go wrong.

A FARC rebel waves a peace flag during the final act of abandonment of arms in Mesetas, Colombia, June 27,2017.

Rebels of the Revolutionary Armed Forces of Colombia, known as FARC, completed their disarmament on June 27 as part of peace accords to end five decades of civil war. The roughly 7,000 former fighters have pledged to continue their struggle as a political movement. A smaller guerrilla group, the ELN, has begun peace talks with the government but not laid down its arms.

Economists expect Colombia's central bank to cut its benchmark interest rate for the sixth time since December on June 30 in a bid to boost faltering economic growth.

Colombia will hold presidential elections in May 2018.