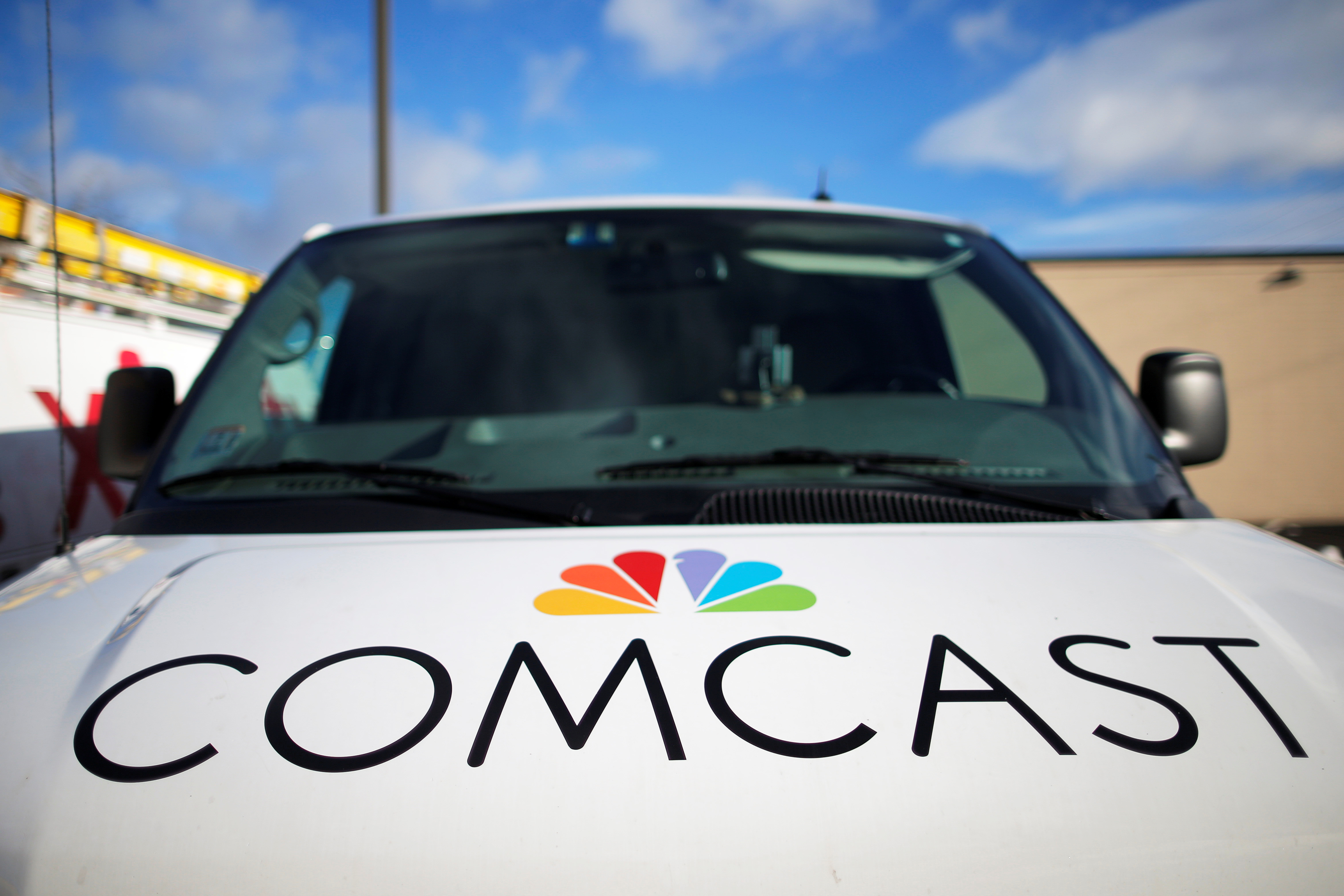 The cable firm is offering 19 pct more than Disney to buy bits of Rupert Murdoch’s Fox – potentially leaving it slathered in $170 bln of debt. Boss Brian Roberts is normally a careful dealmaker. Embarking on this expensive, hostile pursuit suggests a serious fear of missing out.

A technician's vehicle sits in the parking lot at a Comcast facility in Lawrence, Massachusetts, U.S. January 25, 2017.

Comcast offered to buy Twenty-First Century Fox's entertainment and international assets, it said on June 13. The U.S. cable company has bid $35 per share in cash for a total equity value of $65 billion.

The offer tops a bid from Walt Disney, which agreed to buy the same assets from Fox for $52.4 billion in an all-stock deal on Dec. 14.

Fox shareholders are expected to vote on the Disney proposal on July 10.

Comcast has launched a separate cash offer of $31 billion for Sky, the UK-based satellite broadcaster in which Fox owns a 39 percent stake.