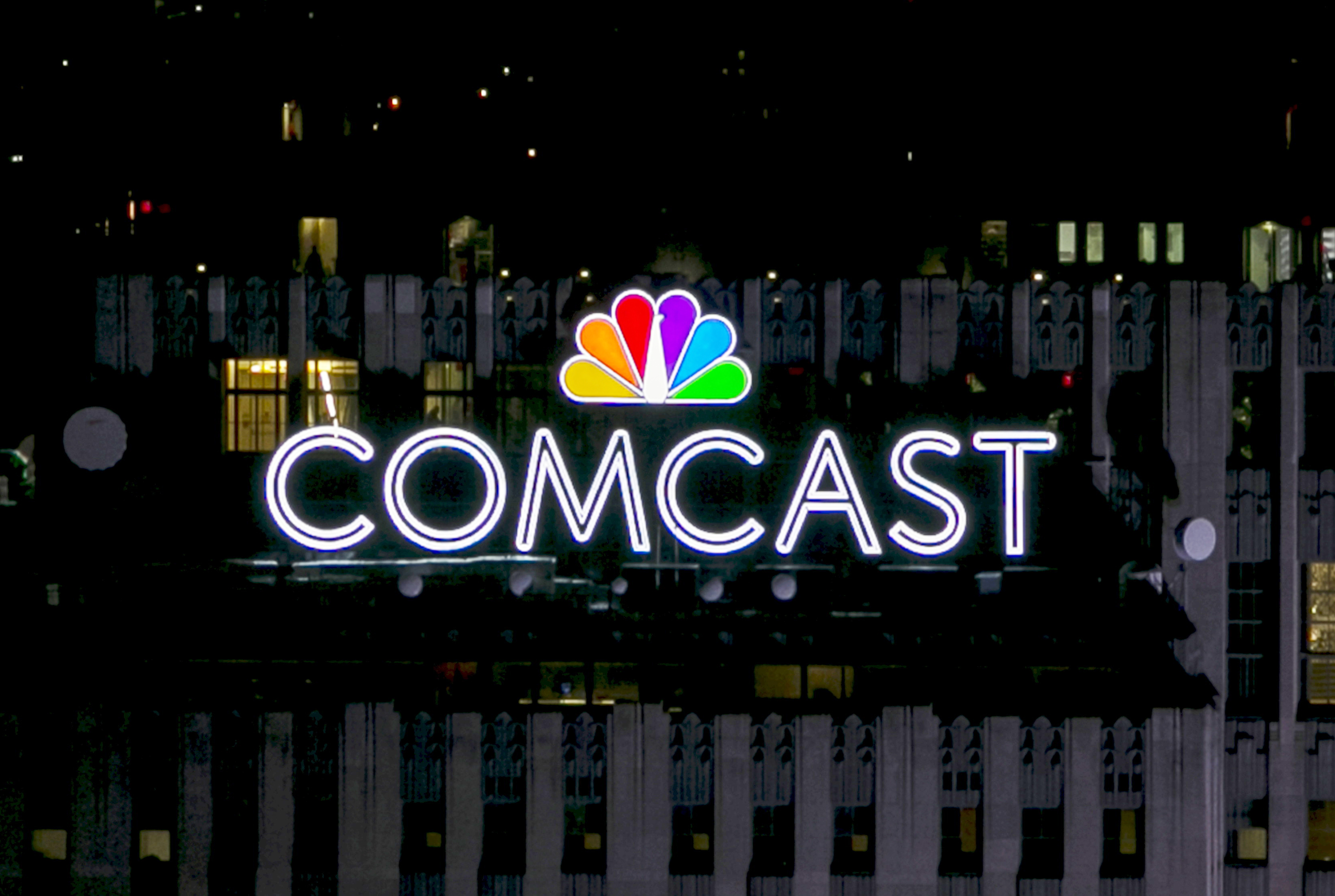 The $180 bln U.S. cable firm is pushing into cellular service, nipping at the heels of Verizon and AT&T, which in turn are edging into TV. Paying Verizon for bandwidth is a prudent way to start. Yet success could lead boss Brian Roberts to go shopping, maybe even for T-Mobile US.

The NBC and Comcast logo are displayed on top of 30 Rockefeller Plaza, formerly known as the GE building, in New York, New York, U.S. on July 1, 2015.

The company will offer unlimited data for $65 per line on up to five lines or $45 per line for customers that subscribe to its cable-TV, internet and fixed-line services.

The service will launch on Verizon's network as part of a 2011 agreement between the two companies. It will also use Comcast's 16 million Wi-Fi hot spots, allowing customers to switch automatically onto Wi-Fi from 4G LTE.

Comcast shares were up 1.7 percent at 1 p.m. EDT, an increase of about $3 billion in market value.