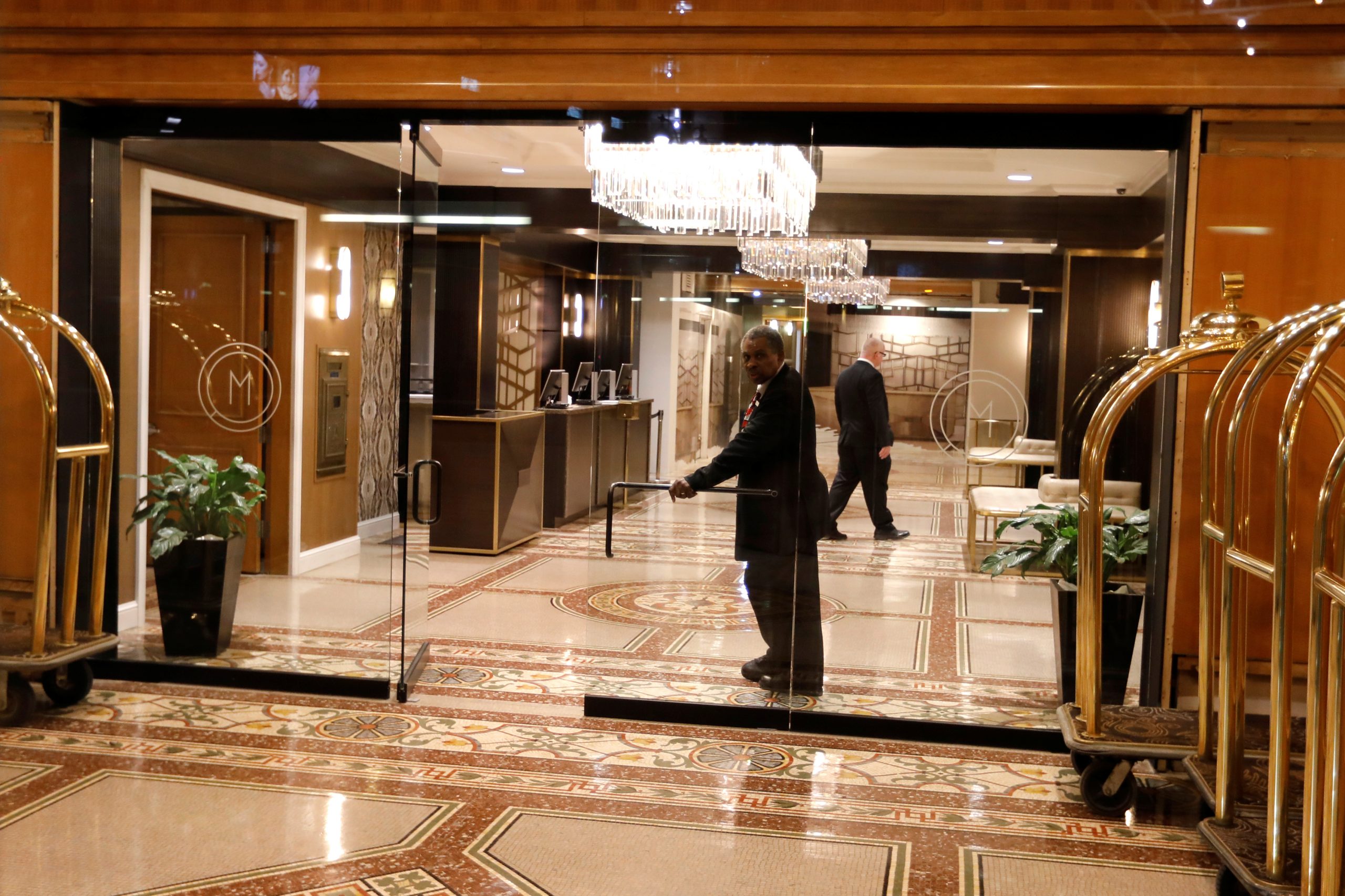 It’s not hard to see how the 20% unemployment estimated by Treasury Secretary Steven Mnuchin could come to pass. An early hit to hospitality and retail will swiftly spread, and the hit will almost certainly be faster than prior crises. This time there’s no flattening the curve.

A doorman looks out from an empty hotel lobby in Herald Square in Manhattan during the coronavirus outbreak (COVID-19) in New York City, New York, U.S., March 18, 2020.

New jobless claims in the United States for the week ending March 14 hit a two-and-a-half year high of 281,000, according to seasonally adjusted figures from the U.S. Labor Department released on March 19. The prior week, jobless claims were 211,000.

Economists forecast that number could reach 1.5 million for the week ending March 21, according to Reuters. Data for the week will be released on March 26.