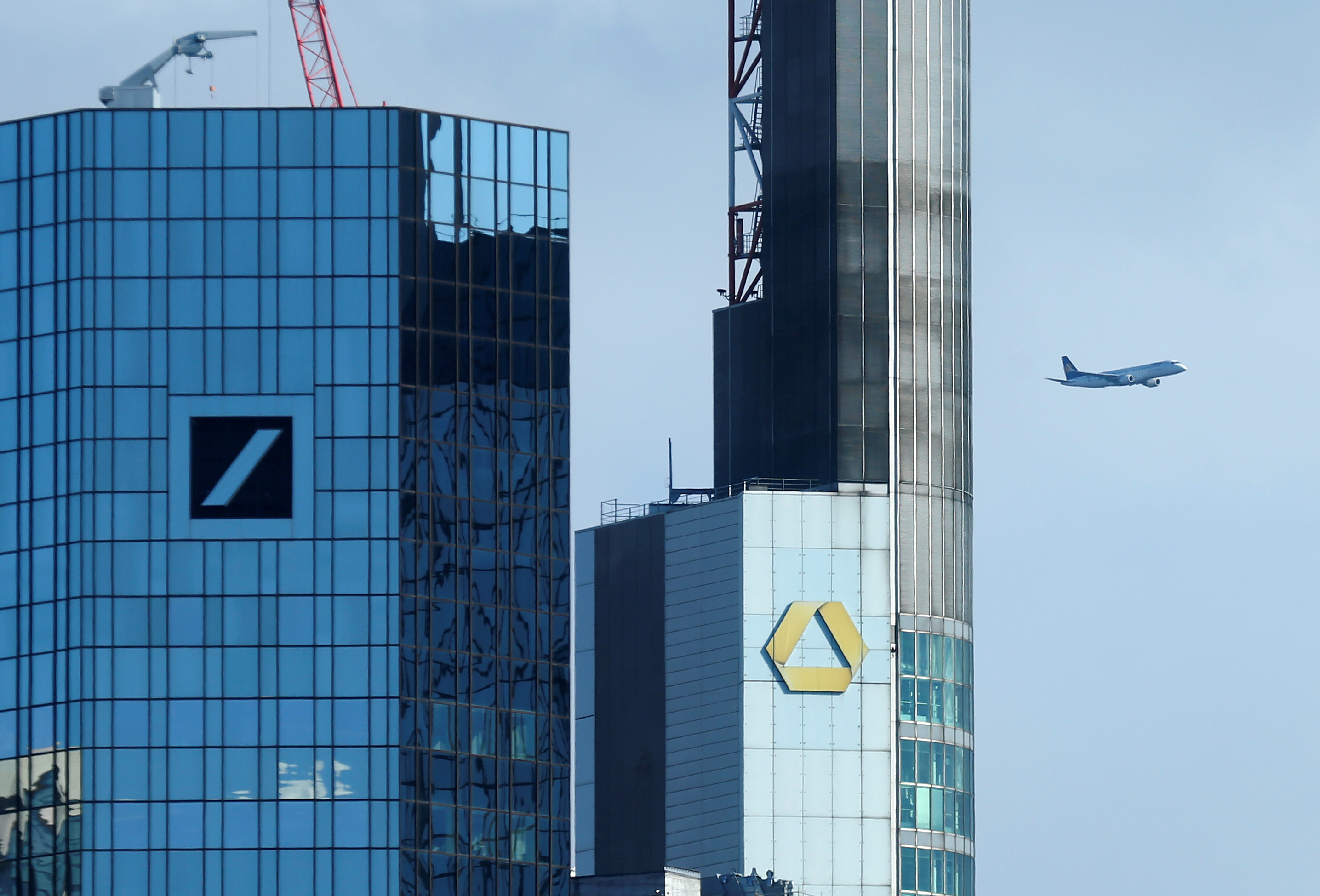 Outside view of Deutsche Bank and Commerzbank headquarters in Frankfurt, Germany, March 18, 2019.

Deutsche Bank and Commerzbank said on April 25 their merger talks had ended, with execution risks, restructuring costs and capital requirements scotching attempts to create one of Europe’s largest banks by assets.

“After thorough analysis, we have concluded that this transaction would not have created sufficient benefits to offset the additional execution risks, restructuring costs and capital requirements associated with such a large-scale integration," said Deutsche Bank Chief Executive Christian Sewing in a statement echoed by his Commerzbank counterpart Martin Zielke.

The prospect of a merger was met with strong opposition from the workforce – with unions fearing 30,000 job losses – and concerns voiced by investors and regulators.

German government officials, led by Finance Minister Olaf Scholz, have pushed for a tie-up to create a national banking champion and end questions over the future of both banks, which have struggled to recover since the financial crisis.