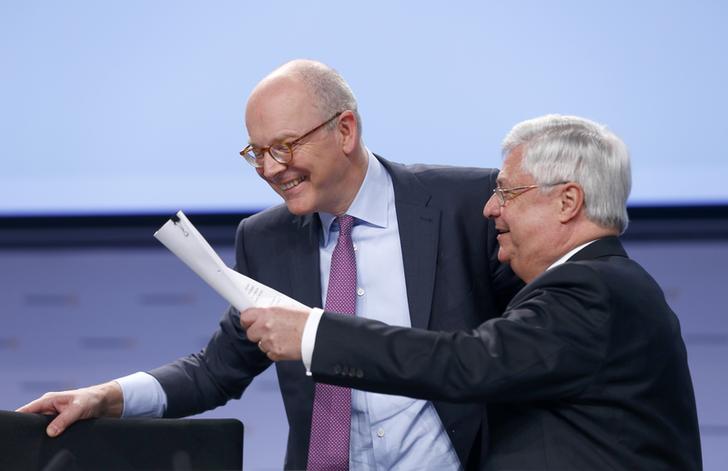 Germany’s second-largest lender’s first dividend since 2007 suggests a return of confidence. But Commerzbank’s costs are still bloated, it does not earn its cost of capital and may even require more funds. Much more progress is needed.

Martin Blessing, CEO of Commerzbank AG and Klaus-Peter Mueller, Chairman of the supervisory board (R) smile as they arrive for the bank's annual shareholder meeting in Frankfurt, Germany April 30, 2015.

Commerzbank announced its first dividend since 2007 as it reported on Aug. 3 earnings of 280 million euros for the three months through June, beating analysts’ forecasts.

Germany’s second-largest bank said it would pay a dividend of 10 cents per share for the first half of the year.

Commerzbank raised 1.4 billion euros of equity in April, after it agreed to pay $1.45 billion (then 1.37 billion euros) to settle an investigation into alleged violations of U.S. sanctions against countries such as Iran and Sudan.