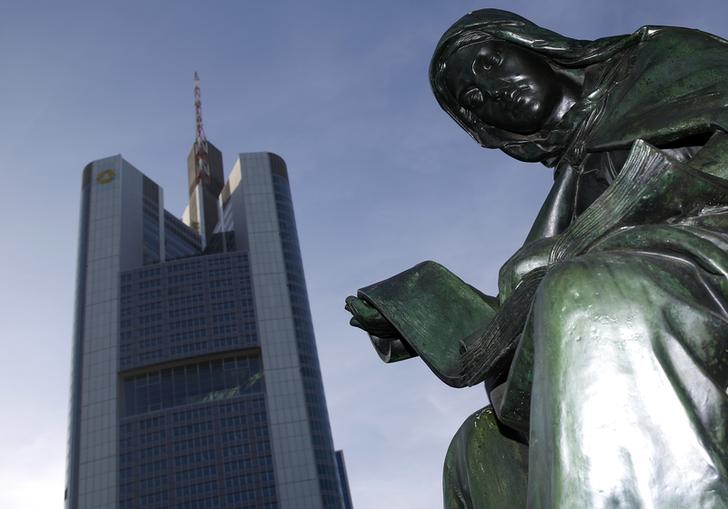 Martin Blessing is leaving the German bank. The CEO has de-risked the lender and paid back most of its crisis-era state aid. Less happily, Commerz’s costs and returns are still not up to scratch. A share price jump shows investors welcome the scope for fresh ideas.

A statue is seen next to the headquarters of Germany's second largest business bank, Commerzbank AG in Frankfurt, December 3, 2013.

Commerzbank Chief Executive Martin Blessing is to step down in October 2016 when his current contract expires, the German bank announced on Nov. 1.

Germany’s second-largest lender said on Nov. 2 it would propose a payout of 20 euro cents per share for 2015.

The lender posted a pre-tax profit of 401 million euros in the July to September period, compared with 349 million expected by analysts polled by Reuters.