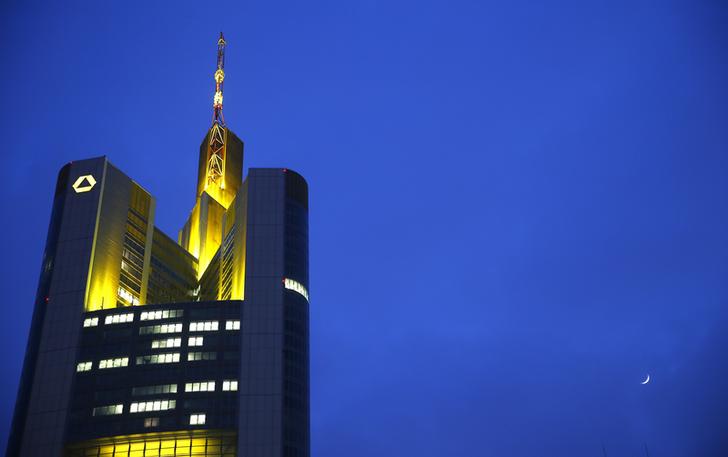 The German lender has restored its dividend, which was expected, and strongly improved its capital, which was not. Commerz is now better placed to withstand current volatility. The downside: its costs are too high and its returns remain lamentable.

The moon rises next to the head quarters of Germany's Commerzbank in Frankfurt, March 23, 2015.

Commerzbank shares rose 14 percent on Feb. 12 after the German bank reported that its core Tier 1 capital ratio had risen to 12 percent, with full application of Basel III rules, compared to 10.8 percent for the third quarter.

Commerz said it would pay a dividend for the first time since 2008, set at 20 cents per share.