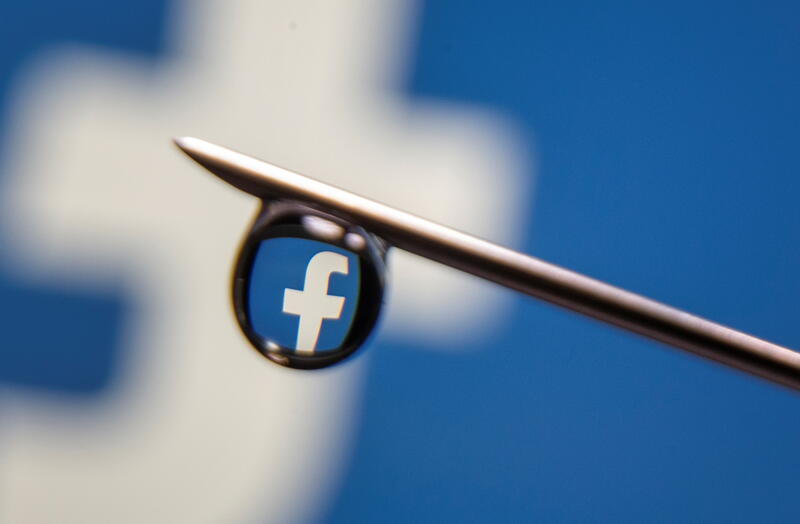 Less bitter pill. It’s hard to keep track of the flurry of potential laws aimed at reining in big tech firms like Alphabet and Facebook. Finally, here’s one that might work. A plan led by former U.S. presidential hopeful Amy Klobuchar introduced on Thursday would require online platforms to remove fibs about viruses and vaccines during public health emergencies or be held liable for those posts.

It’s a good idea, compared with previous, more extreme proposals. Former President Donald Trump and some of his allies called for completely repealing liability protection for user content on online platforms. But that could spur accidental censorship of harmless content, and raise costs for smaller rivals of big technology companies, like review site Yelp, that pose little risk to the social order.

Carveouts for certain content are more effective. In 2018, lawmakers made online platforms liable for content that promoted sex trafficking, the first tweak to the safe harbor protection known as Section 230. Klobuchar’s Covid-misinformation plan is an acknowledgment that treating the current setup is better than killing it. (By Gina Chon)

Feeling tender. Here’s one for the M&A connoisseurs: German landlord Vonovia’s 18 billion euro offer for Deutsche Wohnen has probably failed, even though the target’s investors wanted it to succeed. Preliminary tender results released late on Friday showed that around 48% of shareholders accepted, just shy of a minimum 50% threshold.

It’s not that investors refused a lowball bid: Deutsche’s shares never traded more than a fraction above the 52-euros-per-share offer. Instead, the problem seems to be a communication breakdown between hedge funds which own one-third of Deutsche Wohnen’s equity and Vonovia, which was advised by Bank of America, Société Générale, Morgan Stanley and Perella Weinberg.

The hedge funds stood to gain if Vonovia landed somewhere between 50% and 100%: courtesy of German takeover laws they could eventually demand more money if Vonovia sought full control. But no one had a reason to tender more shares than were necessary to get it over the line. Bankers and shareholder-advisory groups usually coordinate the process if the vote looks close, according to two people involved in the deal. Somehow, that message seems to have been lost. (By Liam Proud)

Bad aftertaste. The hard seltzer boom is losing fizz. Boston Beer’s second-quarter results released Thursday tasted as bad as a Truly Pineapple drink left open overnight. Net income fell by almost 2% compared with the same period last year. That wiped off about a quarter, or $3 billion, off the company’s value.

Boston Beer’s bubbliest market has several leaks. Fewer new people are starting to drink hard seltzer, with a 7% increase in household penetration so far this year compared to 73% in the same period in 2020, said Chief Executive David Burwick. As the pandemic wanes, more people are going out, where beer still reigns.

Worse, everyone from beer goliaths like Anheuser-Busch Inbev to soft drink giant Coca-Cola to numerous startups are chasing the market. Boston Beer founder Jim Koch said this has led to customer “confusion” with about 1,000 different seltzer products on the market.

The company, at 34 times estimated earnings, or about 50% higher than peers, according to Refinitiv, could fall further if it’s not customer confusion but seltzer boredom. Either way, sales will fall flat. (By Robert Cyran)

Hessenmuellered. European banking is littered with subscale markets divisions. Lenders from UBS to Deutsche Bank have thrown in the towel on some trading businesses over the last decade. Yet a U-turn announced late on Thursday by Commerzbank, which is ditching a plan to outsource to HSBC the settlement of retail clients’ trades, shows quitting is easier said than done.

The German lender’s chief operating officer, Joerg Hessenmueller, cited “high implementation risks”. That’s banker-speak for “we underestimated how hard this would be”. Commerzbank will take a 200 million euro non-cash write-off, which roughly represents the sum of capitalised expenses spent on the plan. The figure is higher than the 130 million euros of earnings that analysts previously expected for 2021.

The positive spin is that higher retail trading volumes in Germany give Commerzbank a better chance of profitably settling transactions itself. That assumes a pandemic-era boom persists. If it doesn’t, Hessenmueller may find himself back at square one. (By Liam Proud)

Zomato was already turning up the heat by pricing its initial public offering at 23 times its pre-pandemic sales for the year to March 2020 – even higher when extrapolating from the nine months of results through March 2021. It now trades at 37 times its trailing top line, compared to 15 times for DoorDash and a 9 times multiple for China’s Meituan.

The company’s growth is so-so, it faces competition from rivals like SoftBank-backed Swiggy, which on Tuesday announced a $1.25 billion fundraising, and bigger restaurants are turning to services that don’t charge commissions. Profitless companies in India are required to sell more of their IPOs to institutional investors. Zomato will be a high-profile test of the effectiveness of that retail protection. (By Una Galani)

All dressed up. Michael Klein is discovering the downside of stock-market fame. The Wall Street rainmaker’s blank-cheque firm Churchill Capital Corp IV became a darling of retail investors in February. Talk that it was going to buy electric-vehicle startup Lucid Motors pushed shares in the special-purpose acquisition vehicle up almost sixfold ahead of the deal. Now not enough of the stock’s owners seem to realise they have to vote to approve the combination they were so enamoured by, the Financial Times reports.

Some 97% of those who cast a ballot voted for the tie-up, but at least half of the SPAC’s shareholders need to approve it. Having fallen short, the companies reconvened the meeting for Friday morning, with Klein and Lucid boss Peter Rawlinson pleading with shareholders to vote “as soon as possible”. It’s a muddled, loopy start to one of the most high-profile SPAC transactions. (By Antony Currie)

Facebook logo is reflected in a drop on a syringe needle in this illustration photo taken March 16, 2021.