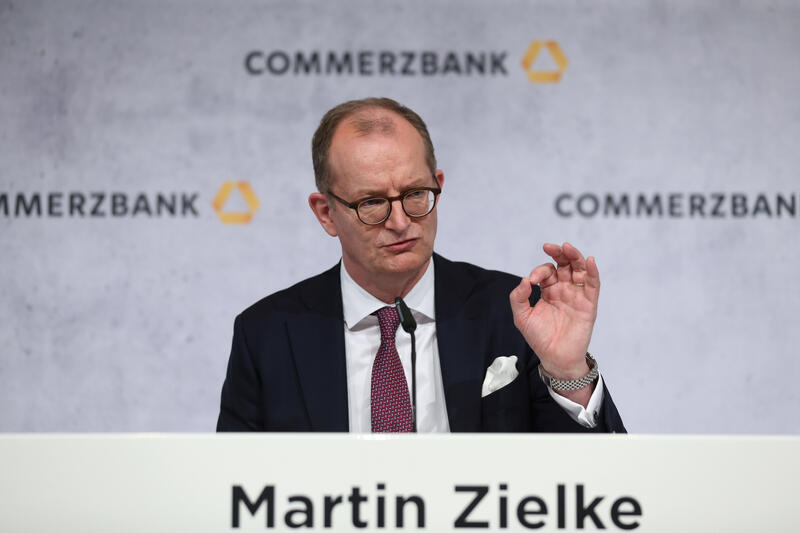 The $6 bln lender’s CEO and chairman are leaving under pressure from unions and investor Cerberus. That brings instability but also the hope of real change at the underperforming bank. Since slashing costs won’t cut it, the new team should court peers UniCredit and Deutsche Bank.

Commerzbank on July 3 said that Chairman Stefan Schmittmann had resigned and Chief Executive Martin Zielke had offered his resignation.

Zielke said: ““I would like to open the way for a fresh start. The bank needs a profound transformation and a new CEO, who will get the necessary time from the markets to implement a strategy.” He will leave by the end of the year. Zielke had been due to present a strategy update to the board, but was blocked from doing so by labour representatives, according to Reuters.

Schmittmann said that the German lender’s strategy was unpopular with investors and that he wanted to take his share of the responsibility for the poor share-price performance. “There are profound changes ahead for the board of managing directors, the bank and its employees. This will take a lot of strength and effort, and should be free from repeated discussions over my role”, he said.

Commerzbank shares closed at 4.13 euros on July 3, down 25% since the start of the year.