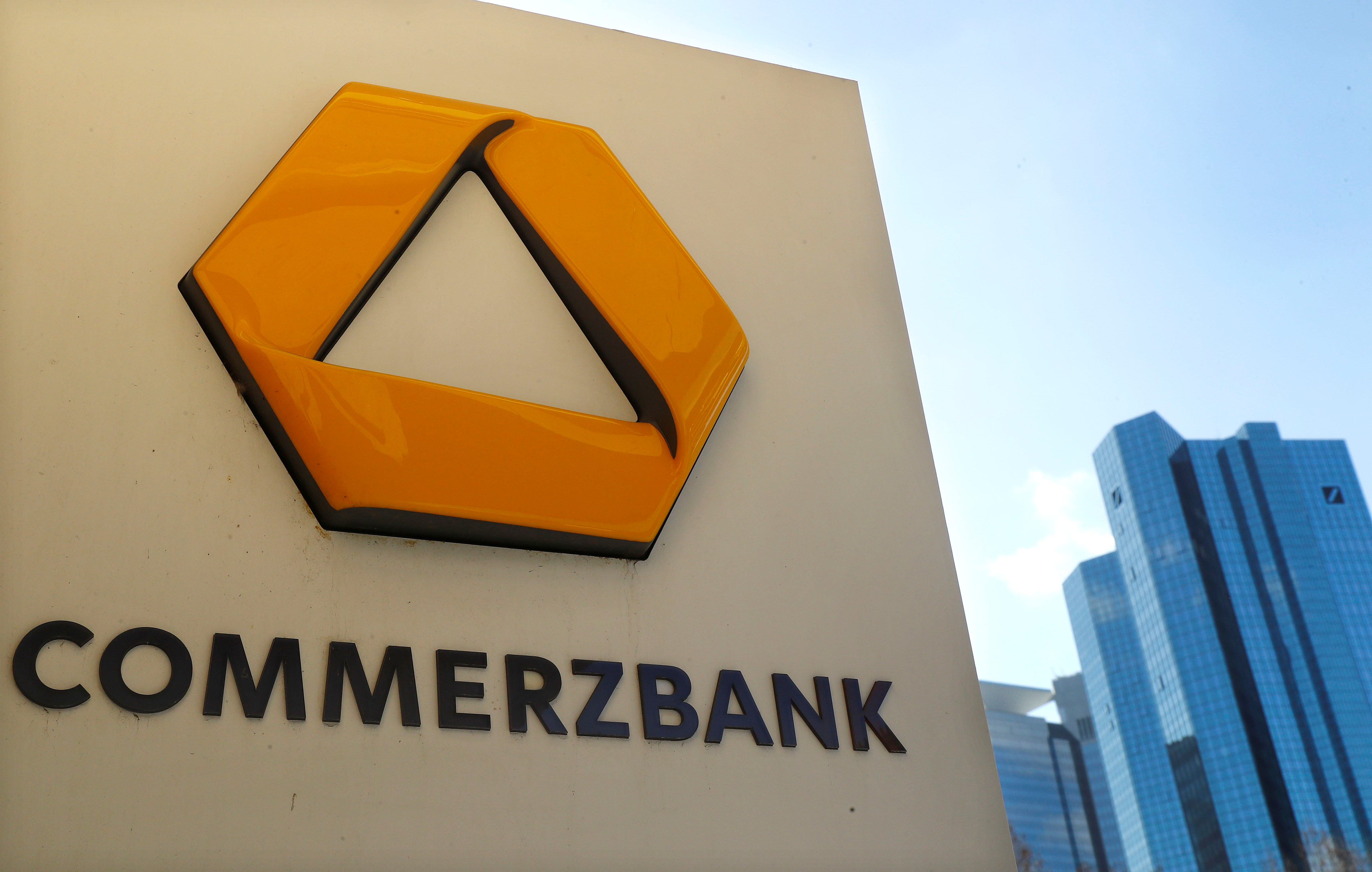 CEO Martin Zielke plans a revamp whose 1.6 billion euro price tag will be funded by selling a Polish bank stake. Investors may welcome cost cuts. But a measly return on tangible equity target of over 4% cements his company’s status as one of Europe’s least profitable big lenders.

A sign for an ATM of Commerzbank is seen next to the headquarters of Deutsche Bank (R) in Frankfurt, Germany, March 19, 2019.

Commerzbank said on Sept. 20 it would shed thousands of staff and close a fifth of its branches. The German lender said the plans were part of a package of draft measures that would be discussed at a meeting of its supervisory board on Sept. 25 and Sept. 26 and that no final decision had yet been taken.

The bank, which is partly owned by the German government after a bailout, also said it aims to sell a stake in its Polish subsidiary mBank and absorb its Comdirect Bank online brokerage unit.

Commerzbank said the strategy plan would involve investment of 1.6 billion euros, with 750 million euros going into new technology and the rest earmarked for restructuring. That would help lower operating costs by a targeted 600 million euros between the current year and 2023 and result in a cost base of no more than 5.5 billion euros in 2023 following the sale of mBank.

The lender said it was targeting a return on tangible equity of more than 4% in the medium term.