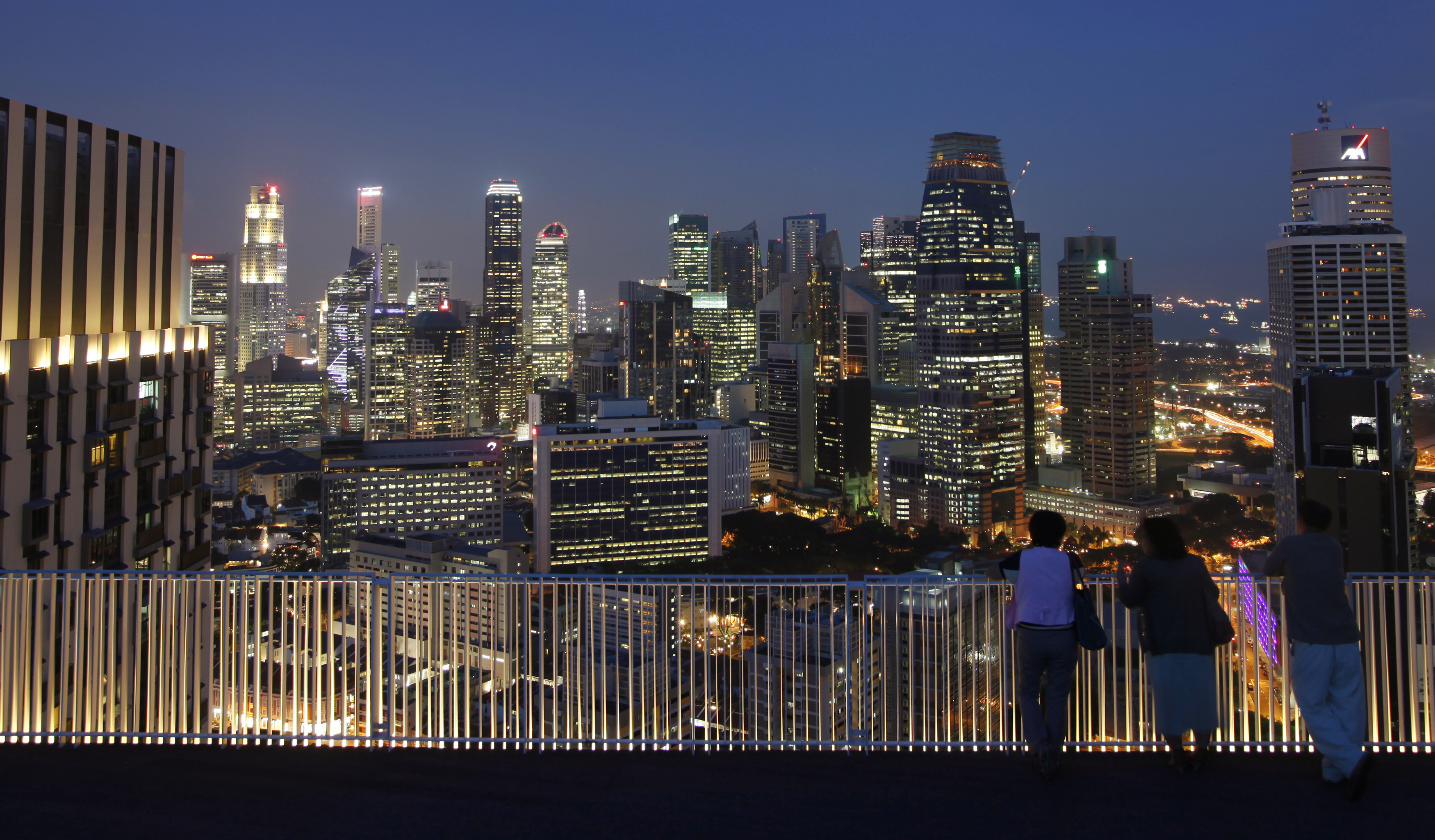 Noble Group’s market value dropped $820 mln amid questions about the trading house’s appraisal of a $670 mln coal investment. Falling prices are forcing resources groups to rethink what assets are worth. It’s another case where accounting standards and market signals diverge.

People look at the skyline of the central business district from the Skybridge of The Pinnacles at Duxton public housing estate in Singapore April 25, 2013. Banks in Singapore are urgently scrutinising their account holders as an imminent deadline on stricter tax evasion measures forces them to decide whether to send some of their wealthiest clients packing. The Southeast Asian city-state has grown into the world's fourth-biggest offshore financial centre but, with U.S. and European regulators on the hunt for tax cheats, the government is clamping down to forestall the kind of onslaught from foreign authorities that is now hitting Switzerland's banks. Before July 1, all financial institutions in Singapore must identify accounts they strongly suspect hold proceeds of fraudulent or wilful tax evasion and, where necessary, close them. After that, handling the proceeds of tax crimes will be a criminal offence under changes to the city-state's anti-money laundering law. Picture taken April 25, 2013. REUTERS/Edgar Su

Shares in Noble Group fell for a second day on Feb. 17 after an anonymous group raised questions about the commodity trading firm’s accounting standards and valuation of its assets.

A previously unknown company calling itself Iceberg Research published a report on the internet on Feb. 16 which called into question Noble’s valuation of assets including its 13 percent stake in Australian coal miner Yancoal.

Noble on Feb. 16 said it rejected the allegations. “All material information to which Iceberg Research refers is in the public domain,” the company said in a statement.

Shares in Singapore-listed Noble dropped 6 percent to S$1.04 on the morning of Feb. 17. They have lost 14 percent of their value in two days.

Noble is scheduled to report its full-year results on Feb. 26.