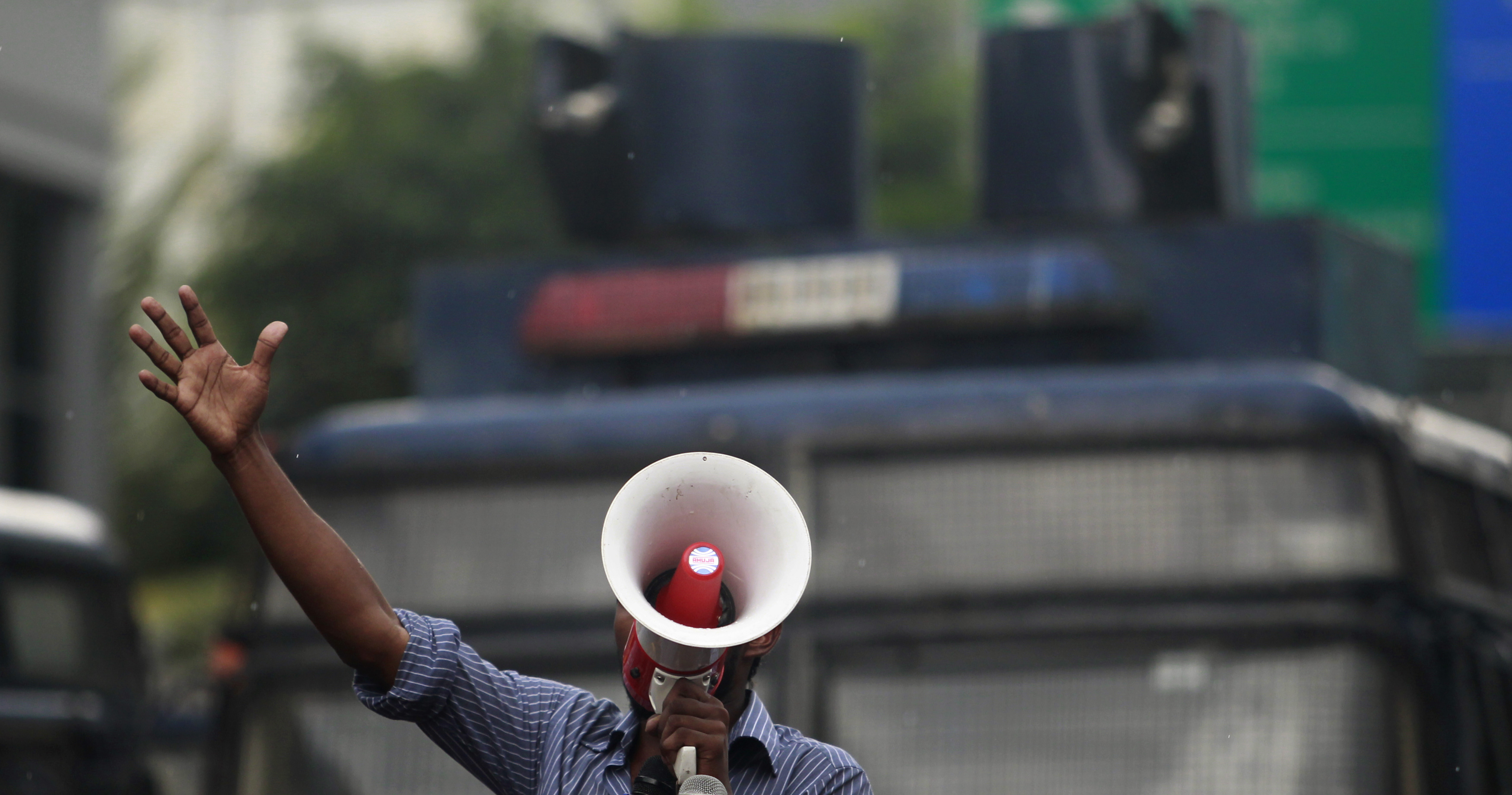 Verizon, S&P and others say U.S. rules and government lawsuits violate their constitutional rights. A business-friendly Supreme Court and creative reading of precedent may back them up. If that happens, investors and the public could be denied both good information and redress.

A student shouts into a megaphone

Verizon Communications on Sept. 9 told a U.S. Court of Appeals in Washington, D.C. that forcing internet providers to carry and treat all lawful content equally violates their constitutional rights to free speech. The biggest U.S. wireless provider argued in its court challenge to the Federal Communications Commission’s so-called net neutrality rules that, like most companies, it should be able to pick and choose the information it conveys.
On Sept. 3, Standard & Poor’s accused the U.S. Justice Department of violating its free speech rights by suing the rating agency in retaliation for its downgrade of America’s debt in 2011. The suit charges S&P with misleading banks and credit unions about the credibility of its ratings before the 2008 financial crisis. The company is the only rating agency to have been sued and claims its speech, meaning its downgrade of the sovereign rating, is being unconstitutionally punished.