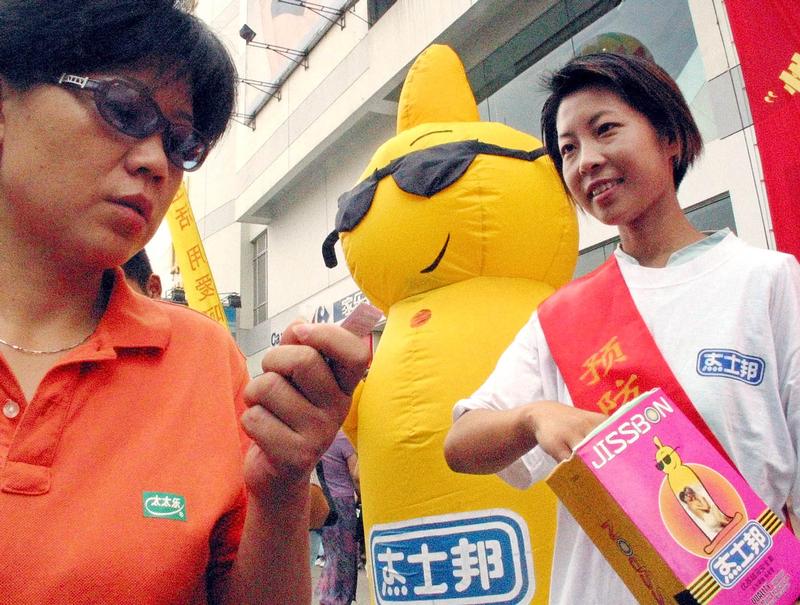 A Chinese drugmaker and a buyout firm are buying the world’s No. 2 condom-maker for $600 mln. The rich price could pay off, as Chinese couples invest more in safer sex. But this also highlights the difficulties Beijing faces in convincing the middle class to have more children.

A Chinese volunteer (R) gives away condoms on a street in the city of Nanjing, in the eastern province of Jiangsu, on August 24, 2002. Local authorities organised the event to encourage safe sex in the face of rising cases in China of people infected with HIV. The U.N. has estimated China could have 10 million HIV carriers by 2010 if it fails to control the epidemic. REUTERS/China Photo BEST AVAILABLE QUALITY GN/JD - RTR9E9N

A Chinese consortium is buying the condom division of Australia's Ansell for $600 million. The business is the world's second-largest condom maker.

The seller said on May 25 that it had reached an all-cash deal with Humanwell Healthcare Group and CITIC Capital China Partners.

Ansell's brands include Jissbon, which sounds like James Bond in Chinese. It is the second-largest maker of contraceptives in China behind Reckitt Benckiser, the owner pf Durex.

The Chinese government has struggled to convince middle-class couples to start bearing more children, given looming gender and age imbalances.