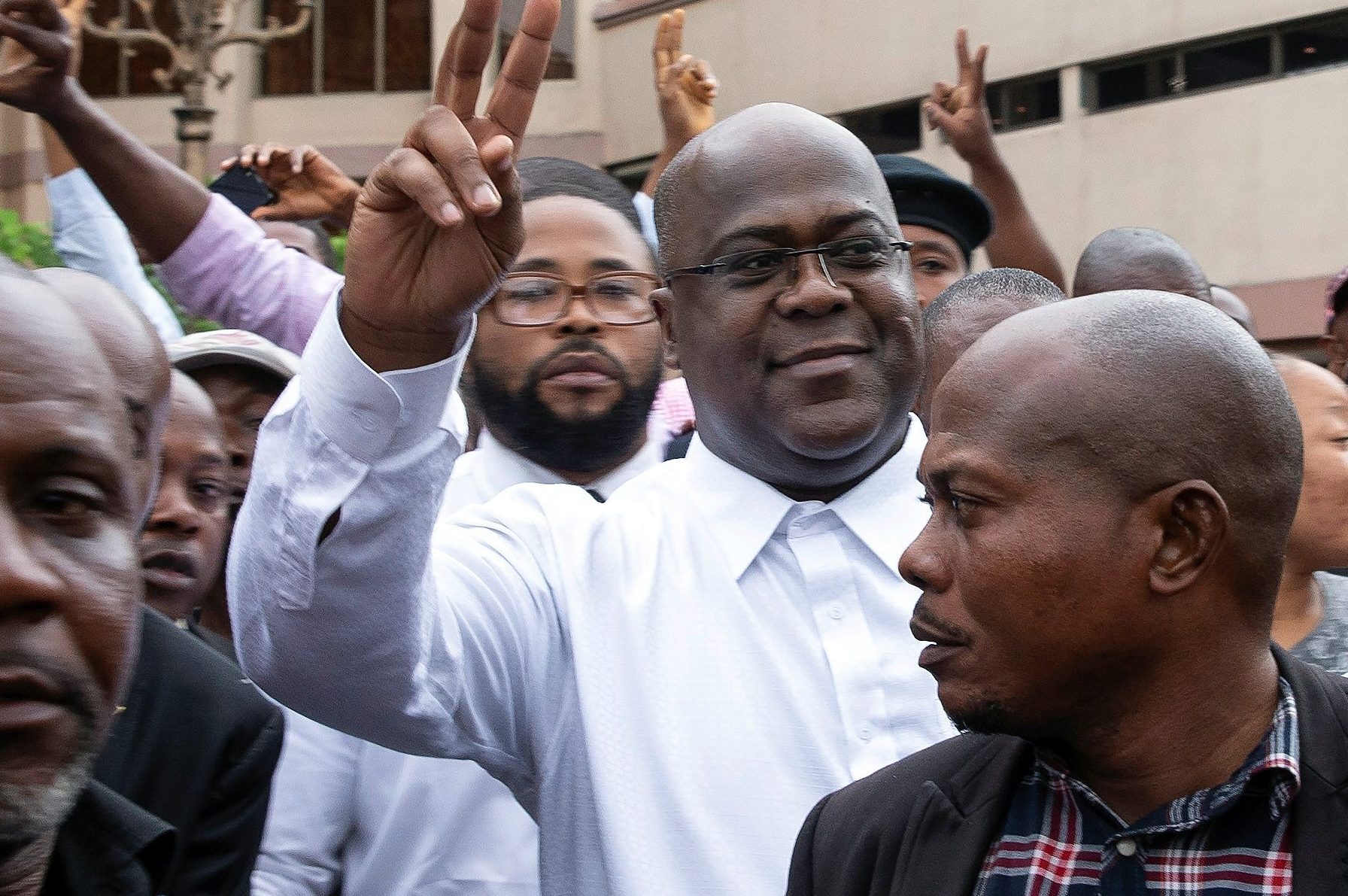 Elections in the central African giant have produced a double surprise. Outgoing leader Joseph Kabila’s man lost. But so did a rival who led opinion polls and was favoured by mineral-rich regions. Unrest is likely, especially in Katanga, home to 60 percent of the world’s cobalt.

Felix Tshisekedi, leader of the Congolese main opposition party, the Union for Democracy and Social Progress (UDPS) who was announced as the winner of the presidential elections gestures to his supporters in Kinshasa, Democratic Republic of Congo, January 10, 2019.

The runner-up, Martin Fayulu, said the outcome was an “electoral coup” and demanded the election commission publish the full results of the Dec. 30 vote. Two diplomats told Reuters that an unofficial tally of results by Congo’s Catholic church (CENCO) showed Fayulu was the winner.