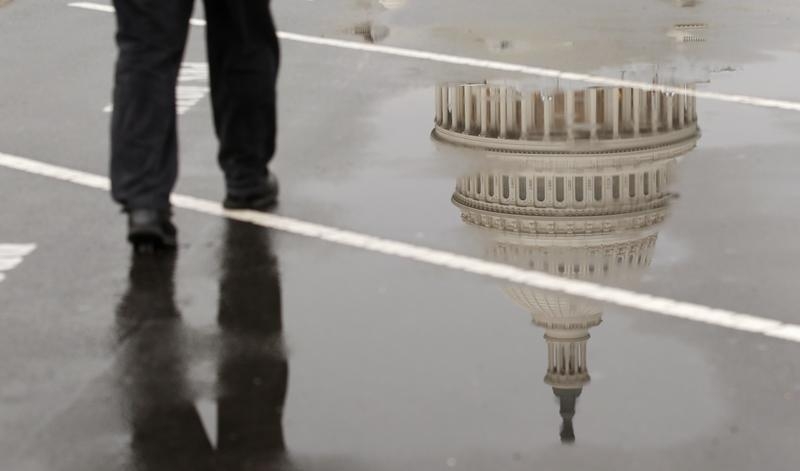 The jig is up for insider traders in the American Congress. A federal judge has ordered lawmakers to cough up evidence about a dodgy tip, ending more than a year of stonewalling and bogus claims of sovereign immunity. With Capitol Hill contemplating an even stronger ban on improper Wall Street trades, the least it can do is play by its own rules.

In 2012, Congress touted a new law prohibiting members and staffers from leaking confidential information that could move stock prices. Yet the House Ways and Means Committee has for 16 months refused to cooperate with a Securities and Exchange Commission probe of whether an aide disclosed secrets about healthcare policy to traders.

Judge Paul Gardephe on Friday halted lawmakers’ song and dance. He said they weren’t exempt from another government branch’s investigation – especially since they had imposed an insider-trading ban on themselves. He also ruled that constitutional protections for speech and debate in Congress don’t shield personal communications, though any documents related to legislation were covered. The upshot is that the committee must fork over most documents in 10 days, and the staffer has to testify.

It’s better late than never. Lawmakers have clamored for stiffer rules against non-congressional insider trading since even before the Supreme Court refused last month to reinstate two hedge fund managers’ convictions. At least three bills have been introduced, the harshest of which would prohibit trading on any information “not publicly available,” unless “independently developed” from public sources.

The bills could create more problems than they solve, not least because legitimately thorough research should be encouraged rather than punished. In any event, they may go nowhere, given recent legislative gridlock. But they would look nothing short of ridiculous if resistance to the SEC probe had continued.

The investigation still faces formidable legal obstacles, but that’s no reason for lawmakers to thumb their noses. Earlier this month, the Wall Street Journal raised questions about Senator Bob Corker’s failure to disclose lucrative and suspiciously timed stock trades. He hasn’t been accused of wrongdoing, but Congress’ response to calls for a probe may reveal how serious it is about policing its own. The track record so far doesn’t inspire much confidence.

A U.S. federal judge in New York released on Nov. 16 a decision ordering the House Ways and Means Committee and one of its former staff members to give the Securities and Exchange Commission evidence related to an insider-trading probe.

The ruling came 16 months after the SEC sued over the committee’s refusal to provide information on whether former staffer Brian Sutter leaked confidential information about a change in healthcare policy that prompted a rise in the value of insurance-company stocks.

The 2012 Stop Trading on Congressional Knowledge Act prohibits members of Congress and their aides from disclosing non-public information about legislative and other matters that could affect stock prices.

Congress is considering three bills that would broaden the definition of illegal insider trading.