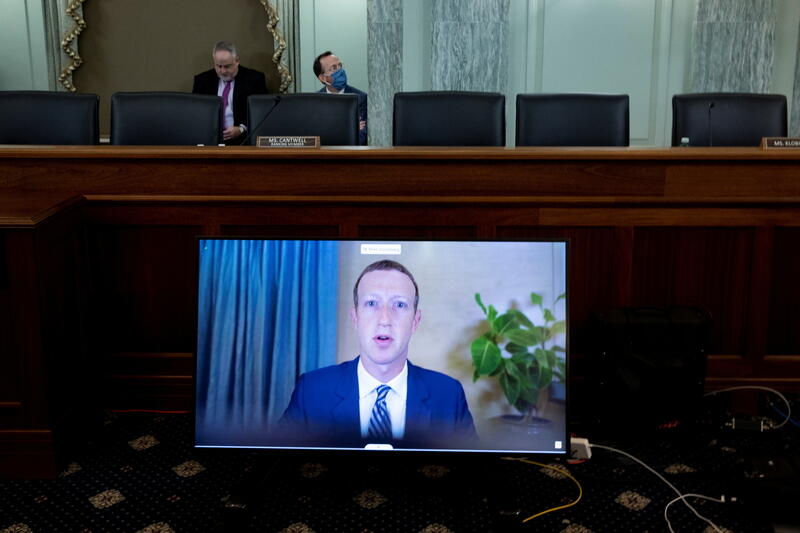 Congress seems to love the Mark Zuckerberg show. The Facebook boss has been grilled by U.S. lawmakers six times in over two years, a high number of repeat visits for a top executive. Other Big Tech chiefs have also made multiple appearances. Yet politicians have failed to pass any new rules on privacy, content moderation or antitrust. The ineffective hearings cut at Congress’s credibility.

Zuckerberg’s latest turn in the D.C. spotlight came on Tuesday, where he sat virtually before the Senate. He was asked again about the 2012 acquisition of Instagram, and repeated his usual defense: that it wasn’t obvious at that time that it would become the success that it did. He also asserted that Facebook isn’t a publisher and advocated vague reforms to Section 230 of the Communications Decency Act, a law that provides protection for content posted by users, two other positions he’s pushed in the past.

Zuckerberg has perfected his stoic, matter of fact tone over several congressional appearances. It has helped him avoid gotcha moments that have tripped up other chief executives, like former Wells Fargo head John Stumpf. Likewise, Twitter boss Jack Dorsey in his fourth hearing before Congress, also spoke in a detached manner that differed from his first, more impassioned testimony in 2018.

Meanwhile, Congress has gone in the other direction. Both parties believe the companies have too much power, but sometimes lawmakers embarrass themselves by confusing technologies, like when Representative Steve King of Iowa and others asked Alphabet boss Sundar Pichai about Apple’s iPhone.

Congress has a host of reasons it wants to rein in Facebook. In addition to antitrust concerns, content moderation came front and center during the 2020 election. That has led to louder calls to revamp or repeal Section 230 that provides the liability protection.

Zuckerberg first came to Congress in April 2018 after the Cambridge Analytica scandal about the misuse of user data and Russian interference in the 2016 election. Lawmakers have proposed a stream of bills addressing these issues, along with privacy. While the hearings are time-consuming, they’ve been largely harmless for the chief executives. No real, actionable legislation has cracked down formally on the platforms.

Lawmakers have vowed to call the Big Tech bosses again next year in a new Congress. With partisan divisions becoming even sharper after the November election, the Washington legislators will continue to make themselves appear to have much more bark than bite.

Facebook Chief Executive Mark Zuckerberg and Twitter boss Jack Dorsey testified on Nov. 17 before the U.S. Senate Judiciary Committee about their handling of election-related content. It was Zuckerberg’s sixth time before Congress and it was Dorsey’s fourth time.

Facebook Chief Executive Mark Zuckerberg and Twitter boss Jack Dorsey testified on Nov. 17 before the U.S. Senate Judiciary Committee about their handling of election-related content. It was Zuckerberg’s sixth time before Congress and it was Dorsey’s fourth time.