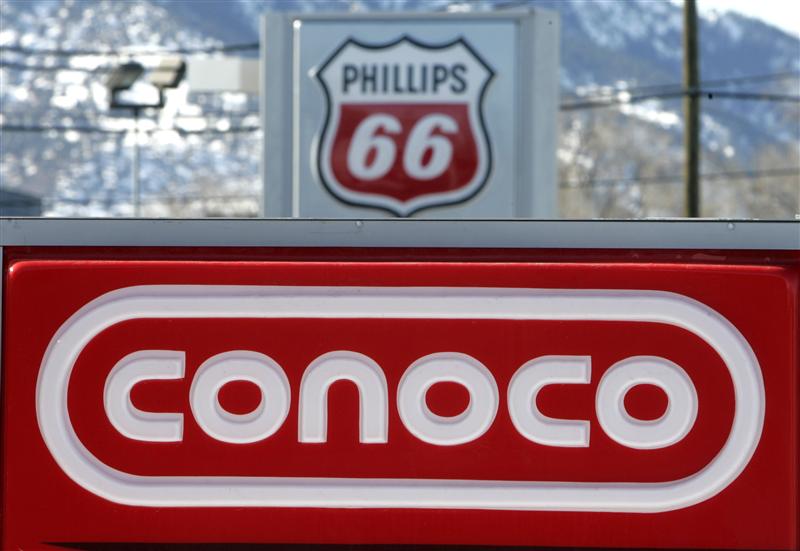 Investors can take comfort from ConocoPhillips’ flexibility. The $66 billion crude producer cut capital-expenditure plans yet again as it reported a $1.1 billion loss for the third quarter on Thursday. A savage slump in oil prices has yet to hit output, though. And Chief Executive Ryan Lance is cutting other costs, as well.

The loss was Conoco’s third quarterly deficit since oil prices nose-dived last October. Strip one-time charges out, and the shortfall was $466 million, or 38 cents per share, about in line with Wall Street estimates compiled by Thomson Reuters.

Unlike bigger, integrated rivals, Conoco can’t count on refining profit to offset losses in oil production. In fact, it chose to go the other way by spinning off refiner and downstream operator Phillips 66 in 2012. So Lance has slashed spending instead. On Thursday Conoco cut its 2015 capex forecast to $10.2 billion. That’s 40 percent less than it poured into its operations last year.

Falling input prices and an efficiency drive are helping, too. Underlying costs fell 18 percent from a year ago. Overall, the company expects to incur $8.2 billion of operating expenses in 2015, $1 billion less than originally forecast. Meanwhile, Conoco said it projects full-year production growth of 3 to 4 percent from continuing operations, excluding Libya, up from an initial 2 to 3 percent. Conoco’s shares barely budged by midday on Thursday.

The company is holding its own for now. But a weaker balance sheet than the likes of Exxon Mobil and Chevron, which are set to report on Friday, means it doesn’t have the same capacity to keep paying dividends if losses continue.

Company executives tried to soothe potential concerns about the payout on Thursday’s earnings call, calling it a “top priority”. But Conoco’s ratio of dividends to profit crept above 50 percent last year after averaging about 40 percent since 2010. This year’s payout will come despite a loss, and Wall Street estimates suggest cash distributions will exceed profit for the next few years. Investors should keep an eye on their dividends – especially if oil prices fail to rally in 2016.

ConocoPhillips on Oct. 29 reported a net loss of $1.1 billion in the third quarter. Stripping out special items related to the cancellation of a drill-ship contract and restructuring charges, the company made an adjusted net loss of $466 million, or 38 cents per share. Wall Street analysts had been expecting a loss of 37 cents per share.

The biggest independent U.S. oil driller by output reduced its 2015 capital-spending guidance to $10.2 billion. That was down from $13.5 billion when Conoco first announced its 2015 investment budget last year. Conoco invested over $17 billion in its operations in 2014.

Conoco said its underlying costs fell 18 percent in the quarter from a year earlier. Its shares rose 1.4 percent in mid-morning trading in New York.