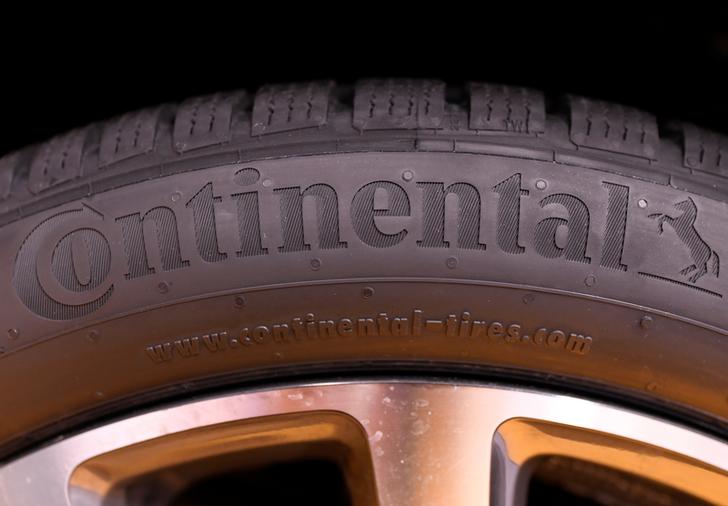 The $20 bln Frankfurt-listed mobility company wants to separate its engine division, which might be worth $4 bln. That may hasten a union with Schaeffler, in which the eponymous German family also holds a big stake. Faced with a downturn, rivals like Valeo could soon follow suit.

A tyre of German tyre company Continental is pictured before the annual news conference in Hanover, Germany, March 7, 2019.

German auto supplier Continental reported a 392 million euro half-year operating loss on Aug. 5 due to sales contracting by one-quarter year-on-year to 16.5 billion euros. Chief Executive Elmar Degenhart declined to give detailed financial guidance for the rest of the year due to the ongoing economic uncertainty.

Separately, Continental’s supervisory board chief said that the German mobility company aimed to spin off and list its Vitesco division, according to comments reported by Reuters on July 14.

A spinoff of the engine-making business was originally expected this year. However, in April the Frankfurt-listed company, which also makes tyres, said that a vote on the decision would now not take place in mid-July at its annual general meeting due to market turmoil. Continental added that it was preparing for a “swift implementation of the planned spin-off once market conditions and visibility noticeably improve”, according to a statement on April 30.