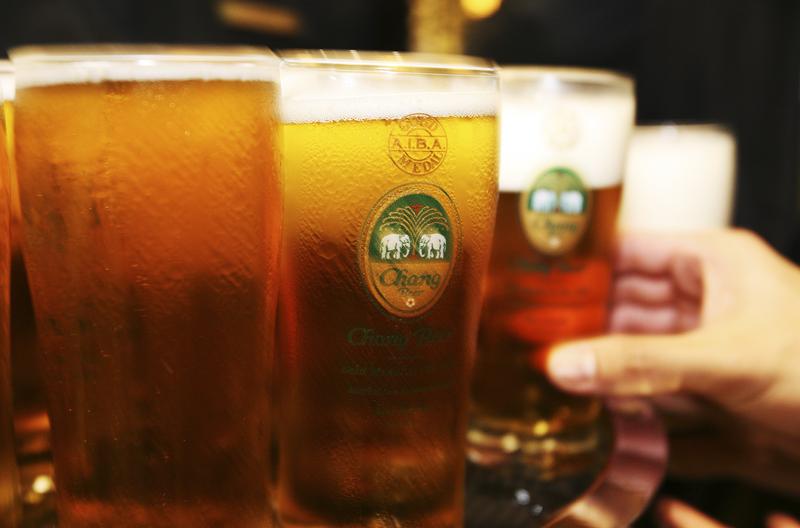 A $4.6 bln bid from Charoen Sirivadhanabhakdi for 51 pct of Sabeco, maker of Bia Saigon, relies on political influence and a pliable local partner. That might help the ThaiBev owner to skirt foreign ownership rules, and wring out efficiencies to stack up a frothy valuation.

or
Request a Free Trial
or
Credit markets will withstand Evergrande shocks
Sign in to your Breakingviews account
If you need assistance please email breakingviews.clientsupport@thomsonreuters.com

Vietnam announced on Nov. 29 that it was selling a stake of nearly 54 percent in Sabeco. The company is subject to a cap of 49 percent on foreign ownership.

A man reaches for a glass of Chang Beer during the Thai Beverage's listing ceremony at the Singapore Exchange in Singapore May 30, 2006. Market research firm Euromonitor International says Asia is the most dynamic region globally in volume for beer, with average annual growth of 8 percent between 2003 and 2008. China is the world's biggest beer market and India's $12 billion alcohol market has been enjoying 12-15 percent annual growth. To match feature ALCOHOL/ASIA REUTERS/Tim Chong (SINGAPORE FOOD SOCIETY BUSINESS) - GM1E57K0KED01

Vietnam announced on Nov. 29 that it was selling a stake of nearly 54 percent in Sabeco. The company is subject to a cap of 49 percent on foreign ownership.