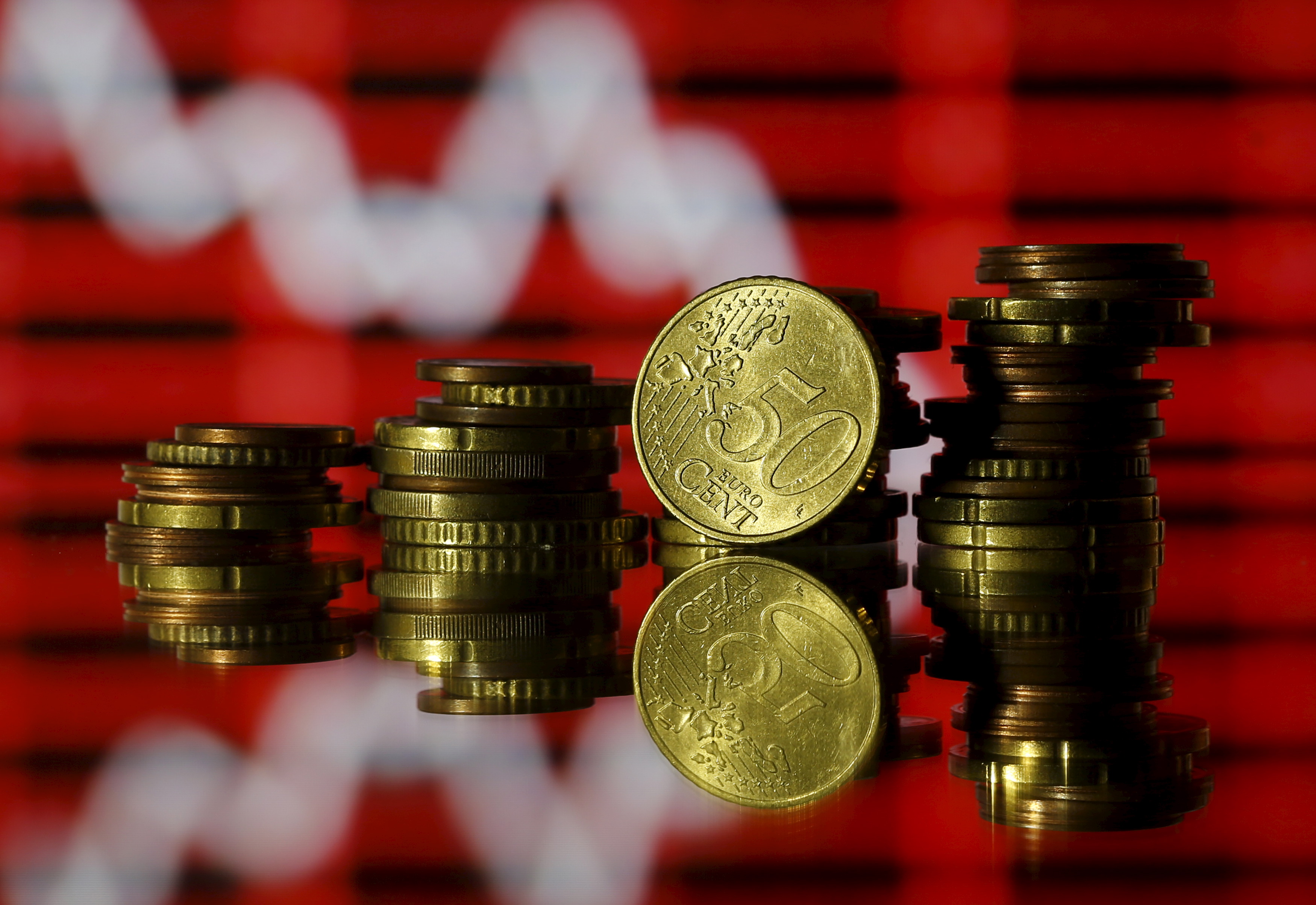 Corporate bonds shrugged off the recent “taper tantrum” that hit government debt and equities. Investors may be betting that central banks will only slowly tighten policy, supporting demand for riskier assets. Yet unruffled markets may only hasten policymakers’ rush for the exit.

Euro coins are seen in front of a displayed stock graph in this photo illustration taken in Zenica, Bosnia and Herzegovina, June 30, 2015. Picture taken on June 30, 2015. REUTERS/Dado Ruvic - RTX1IJGO

The Markit iTraxx Crossover index of swaps tied to companies deemed non-investment grade has risen over 20 basis points in the same period to 254 basis points. However, it is still 20 basis points below the average for 2017. The index implies it would cost an investor 254,000 euros to insure against those companies defaulting on 10 million euros of debt.

Yields on German 10-year bonds have risen by around 30 basis points since June 27, when comments by European Central Bank President Mario Draghi were interpreted as a sign the bank was more willing to stop bond purchases and increase interest rates.