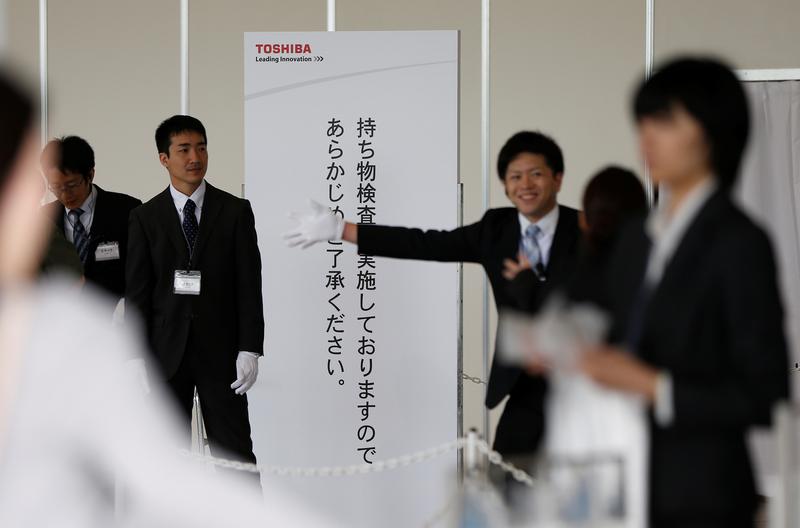 A $1 bln Tokyo lawsuit is meant to force Western Digital to back off from its U.S. litigation. If it doesn’t, a vital $18 bln sale could be held up. That would imperil Toshiba’s future, but could hurt Western Digital too. Compromise appears implausible, yet it’s urgently needed.

Toshiba, the Japanese electronics company, missed its own June 28 deadline for agreeing the sale of its NAND flash unit, saying there were differences of opinion within its chosen buying consortium.

A week earlier Toshiba had picked a consortium including state-backed Innovation Network Corp of Japan, the Development Bank of Japan, and U.S. private equity firm Bain Capital as preferred bidders. A spokesman told Reuters the group’s offer was worth about 2 trillion yen ($18 billion).

Toshiba also said it had sued Western Digital in Tokyo’s district court, claiming its U.S. business partner had stifled competition by interfering in the sale of TMC, and demanding damages of 120 billion yen.

A day earlier, Western Digital said it and private equity firm KKR had resubmitted a bid for TMC, for which it would provide debt financing. The U.S. firm did not put a value on the new bid, but earlier this month said its original bid met Toshiba’s minimum requirement of 2 trillion yen.

Western Digital, which jointly operates Toshiba’s main chip plant, earlier this month sought a U.S. injunction to stop Toshiba selling the memory business without its consent, and before an arbitration is heard.