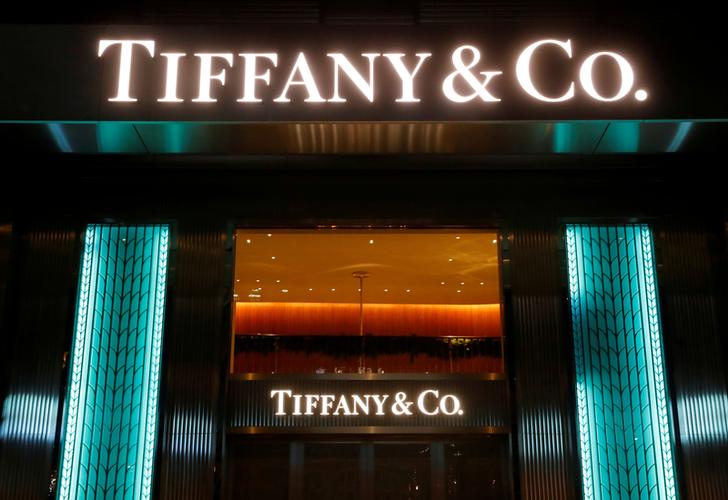 Shiny enough. Tiffany on Tuesday reported its first set of quarterly earnings since resolving its tooth-and-nail battle with French acquirer LVMH. Those acrimonious talks resulted in the U.S. jeweler agreeing to a wafer-thin price cut and plighting its troth to luxury mogul Bernard Arnault for just under $16 billion. Was it worth the tantrum? Just about.

Tiffany argued all along that its condition would improve, and it has. Sales in the three months to Oct. 30 were down just 1% year-on-year, better than the 14% drop at LVMH’s own analogous division. The comparison isn’t perfect, because Tiffany’s quarter ends one month after LVMH’s. When things are improving, its sales look relatively healthier.

But LVMH’s misgivings also look well founded. Tiffany’s sales in North America slid 16% in the quarter. Last year, that was the company’s biggest market by a long way. Now it’s the second, after Asia. Arnault now inherits a briskly growing Chinese business, and perhaps more importantly for him, he ultimately got his way. But he has won a trinket that’s sorely lacking its former sparkle. (By John Foley)

Sick economy. U.S. President Donald Trump has finally cleared the way for President-elect Joe Biden to work with government agencies. General Services Administration chief Emily Murphy said on Monday that the agency would give Biden the resources he needs for a transition. The same day, Michigan officials certified the 2020 election result, while a group of more than 160 top executives, including Goldman Sachs’ David Solomon and Lazard’s Ken Jacobs sent an open letter pleading to put the wheels in motion.

The most pressing matter of business: the Covid-19 pandemic. Americans are financially hurting. One in four adults responding to a recent poll from Pew Research Center said they or someone in their household has lost a job or wages as a result of pandemic. An imminent vaccine should help, but only after states, under economic strains themselves, can dole it out. That’s going to cost upwards of $8 billion, according to some estimates. If Biden needs a starting point, his first order of business is getting money to Americans and their governors, quickly. (By Lauren Silva Laughlin)

Price wars. With multiple Covid-19 vaccines showing good results in clinical trials, the focus has shifted to how much they cost. On Tuesday, Russia’s RDIF sovereign wealth fund, which developed the country’s Sputnik V vaccine, said its treatment would cost less than $20 per patient on international markets. That’s cheaper than rival jabs: the European Union is paying around $37 for a two-shot course developed by Pfizer and BioNTech.

Sputnik is Russian for “satellite”, but it’s also the name of one of Russia’s state news outlets. Like the website, the vaccine has a trust problem in the West. Some scientists have accused Moscow of cutting corners to rush out its treatment. Russia says the accusations are designed to deter people from using Sputnik V. The lower cost may prompt some governments to give the Russian vaccine a shot. (By Dasha Afanasieva)

Binge-eating. Appetite for shareholder-unfriendly equity placements remains undiminished. On Tuesday Greencore, the United Kingdom’s biggest sandwich maker, used a so-called “cash box” to raise 90 million pounds by issuing 18% of its share capital. The process shirks the lengthy and cumbersome process of offering existing investors first dibs on any share offering. Liquidity-starved companies have gorged on them: of the roughly 24 billion pounds raised this year on the UK market, over 125 issuances have used the emergency ploy, according to the Financial Reporting Council.

The FRC’s Pre-emption Group has extended an investor recommendation to support the sustenance-enhancing measures, which allow companies to issue up to 20% of their share capital in a year, until the end of the month. After that the permitted proportion will halve. Shareholders can expect a final flurry of corporate indulgence. (By Christopher Thompson)

Sticking the needle in. Trust an Aussie to inject some plain speaking into the anti-vaxxer debate. Qantas Airways Chief Executive Alan Joyce said on Tuesday the Australian carrier would require international passengers to be vaccinated against Covid-19. Such simplicity will doubtless outrage vaccine sceptics as much as it appeals to airline bosses navigating a bewildering and expensive array of pre-flight testing regimes. Long-term it makes sense. Getting there, however, will take finesse.

Qantas’s stance has precedents – people without yellow fever vaccinations are denied entry to countries like Kenya and Tanzania, limiting anti-vaxxers’ holiday options. But prolonged Covid-19 vaccine rollouts muddy the waters. Old and vulnerable people are rightly first in line – but they’re hardly the main flying demographic. Poorer countries will also be down the queue. And PR nightmares loom if young Aussies can’t fly home due to a family bereavement, say. Airline streamlining may carry hidden risks. (By Ed Cropley)

Pet peeve. The pandemic pet craze may be running out of steam. At least that’s what investors appear to be taking from Pets at Home’s half-year results. Although the supplier of pet food and flea collars upgraded its full-year pre-tax profit guidance to say it would match 2019’s takings, a warning that Covid-19 continues to create “material uncertainties” seemed to spook the market. The company’s shares tumbled 7%.

Pets are a safe haven amid the pandemic. The United Kingdom’s Dogs Trust said last month it received 1,000 requests for a single dog, and puppy prices have soared as high as 11,000 pounds. Pets at Home’s valuation reflects the boom: at nearly 27 times expected earnings, it’s more than double that of high street mainstay Marks and Spencer. The bull run may lose pace, however, if the current rollout of vaccines sees life return to normal. People might then be out more, and less reliant on furry friends. (By Aimee Donnellan)

End zone. Russian online retailer Ozon on Tuesday priced each of its American depositary shares at $30 in its initial public offering in New York. The price overshot a range of between $22.50 and $27.50 announced last week and put the valuation above $6 billion. The IPO’s popularity shows the Covid-19 boost in online shopping is here to stay – particularly in Russia, where a major barrier to punters making the switch was a lack of trust in paying for something before getting it.

Busting the target also shows Chief Executive Alexander Shulgin managed to convince investors that by burning cash today, Ozon can bring down the cost of delivery and finally become EBITDA positive. With Russian e-commerce a crowded sector, competition will be fierce. Shulgin will need the share of Russians doing their shopping online, currently just 11%, to keep growing. (By Dasha Afanasieva)

Not immune. After enjoying months of “supernormal” demand, Malaysia’s latex glove champion has itself caught Covid-19. Nearly 30 of Top Glove’s factories will be closed for virus screening and quarantine, authorities said on Monday, after more than 2,000 of its employees tested positive. The company’s shares slumped nearly 8% on Tuesday.

It’s unclear how big of a business setback this will be. Spiking demand for personal protective equipment fuelled a nearly 335% surge in Top Glove’s share price this year, despite allegations of forced labour. The $14 billion company has also been mulling a Hong Kong listing to add to its tickers trading in Malaysia and Singapore. Although Top Glove said in September that it expected glove demand would grow by a still robust 15% post-crisis, the latest disruption to production facilities, along with the possibility of a vaccine breakthrough, could combine to finally cap its rally. All bad things must come to an end. (By Sharon Lam)