1 May 2020 By Breakingviews columnists 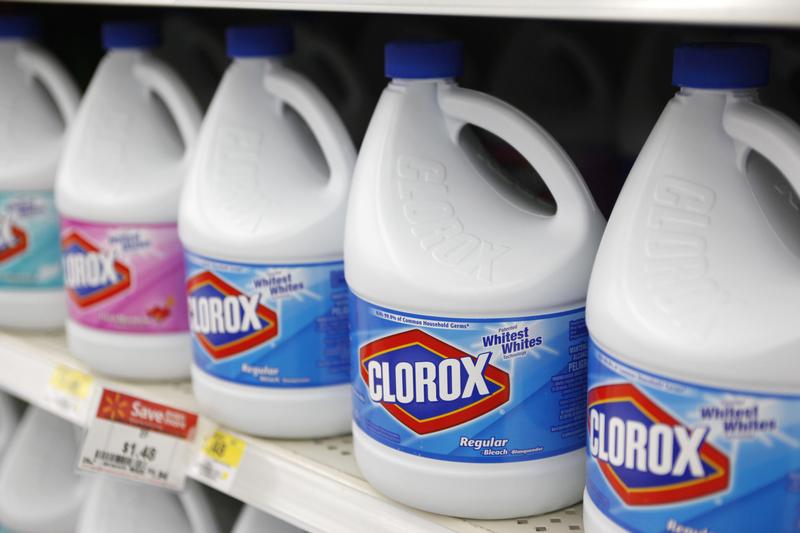 Cleaning energy. Exxon Mobil has a new hot commodity: hand sanitizer. The $200 billion oil giant said it’s reconfiguring manufacturing facilities in Louisiana to produce highly sought after medical-grade alcohol-based liquid cleaner for donation. At one point it was selling for as much as $138 a bottle on eBay, according to The Atlantic.

That is the type of scarcity the oil company run by Darren Woods could only dream of. Last week, regional oil benchmark West Texas Intermediate went negative for the first time in history as Covid-19 punctured demand and stockpile storage filled up. Exxon has high hopes that demand for the commodity will return. With renewable energy and other supply shocks also part of the equation, Woods might consider keeping those assembly lines flexible. (By Lauren Silva Laughlin)

Packing essentials. Clorox is cleaning up. Sales for the quarter ending March 31 rose an eye-popping 15% year-over-year to nearly $2 billion as people snapped up bleach and Pine-Sol products to disinfect their homes. The last time the company saw such a double-digit boost in revenue was in 2008. But in this downturn, the $23 billion maker of Glad garbage bags, Brita water filters and Hidden Valley Ranch dressing will likely see the sales streak continue. Chances are high that well after lockdowns ease, people will still be in scrubbing mode. The Covid-19 crisis has imprinted on consumers the importance of diligent handwashing and wiping down work desks and computers. Clorox will benefit from lasting good habits. (By Amanda Gomez)

Baeten back. Facing reality can be tough in the midst of a crisis. Just ask Allianz’s boss Oliver Baete, who on Friday said he expects a 30% year-on-year fall in first-quarter earnings. He also scrapped an annual target of achieving between 11.5 billion euros and 12.5 billion euros of operating profit.

It’s an about-turn for the 70 billion euro insurer. Allianz had been fairly optimistic in the face of the coronavirus pandemic, standing by its dividend and share buyback scheme. Its shares trade at nearly 10 times forward earnings, compared with less than 7 times for France’s AXA. The dividend is still intact, but the sheen may come off when Baete gives a more detailed outlook for 2020 in less than two weeks. Shares fell 3% on Friday. Germany’s insurance giant may be succumbing to gravity. (By Aimee Donnellan)

Profits of doom. Airline CEOs are falling over each other to paint the darkest picture for their low-flying industry. Normally uber-bullish Ryanair boss Michael O’Leary reckons passenger demand won’t return to 2019 levels until the summer of 2022 at the earliest. Carsten Spohr, O’Leary’s counterpart at German giant Deutsche Lufthansa, went further in a speech to shareholders published late on Thursday, saying demand won’t “find its new balance”, whatever that means, until 2023.

Such projections should be taken with an in-flight sachet of salt. Neither airline is offering guidance for this year, let alone the ones after that. The doom and gloom probably has a more immediate function. Spohr is trying to convince Berlin of the need for a 9 billion euro bailout. O’Leary, who likens state aid to “doping”, needs to justify massive job cuts. (By Ed Cropley)

UK’s broken business barometer. Royal Bank of Scotland is having a much better crisis than last time. The 14 billion pound lender, whose shares rose 2% after results on Friday, generated 331 million pounds of earnings in the first quarter and had a chunky 16.6% common equity Tier 1 capital ratio. That compares with a tsunami of losses and a bailout in 2008. Eschewing investment banking and focusing on British business lending and mortgages helped.

But Chief Executive Alison Rose’s 2020 outlook is disconcerting for UK economy-watchers. Bad-debt charges spiked to 0.9% of loans in the first quarter. They’ll be “meaningfully higher” over the full year than previous expectations of up to 0.4% of loans, but Rose can’t say by how much. The statement notes that the efficacy of government support programmes is “yet to be proven”. Gulp. (By Liam Proud)

Bottles of Clorox bleach are displayed for sale on the shelves of a Wal-Mart store in Rogers, Arkansas June 4, 2009.