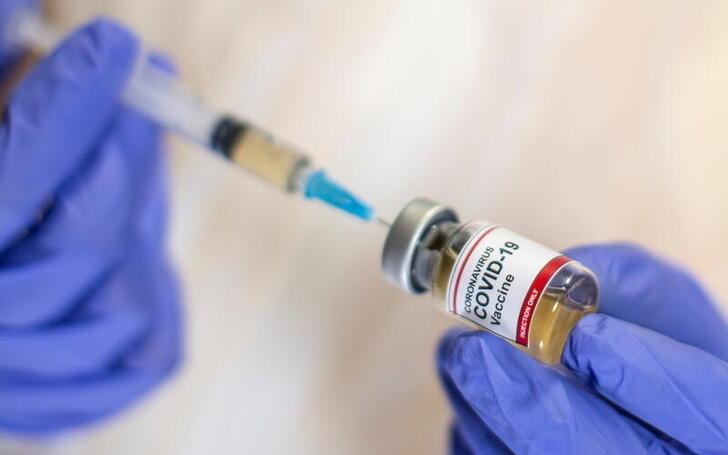 Warehouse drugs. Storage facilities just found another purpose: becoming a vaccination destination. Moderna said on Monday that it has a vaccine to treat Covid-19 that was 94.5% effective, based on interim data from a large, late-stage trial. Unlike the comparable drug from Pfizer and BioNTech, which needs to be stored at extraordinarily low temperatures, Moderna’s vaccine can be kept for up to six months in the temperature of a conventional freezer, minus 4 Fahrenheit (minus 20 Celsius).

Cold storage has already been on the rise as online grocery sales have surged under lockdowns, a projected 40% in 2020 according to research group JLL. The increased demand suggests that food purveyors will be duking it out for space with vaccine producers. That’s great news for the likes of private equity firm Blackstone, which has built a little warehouse empire over the last several years. The possibility of renting out space for refrigerated Covid-19 vaccines puts a new spin on the infrastructure investment trend. (By Lauren Silva Laughlin)

Better together. U.S. mall owners Simon Property and Taubman Centers have come up with a way to avoid a bitter court battle. The pair on Sunday modified their merger agreement so that Simon reduces by 18% the purchase price for buying the majority of Taubman. It will now pay $43 per share in cash rather than the $52.50 per share, or $3.6 billion, agreed in February.

American malls were struggling even in good times and the pandemic has been crushing. After lockdowns emptied out shopping centers, Simon in June sought to back out of the transaction. Like LVMH, which long pursued U.S. jeweler Tiffany, Simon had its sights on Taubman for years. And like the French luxury conglomerate, which renegotiated its terms after lawsuits started flying, Simon managed to get what it wanted at a lower price. Whether consumers will flock to malls once a recovery begins is another question. (By Jennifer Saba)

Trust us. Online reviews platform Trustpilot is losing three of its eight-person leadership team and looking to hire a new operations chief. The pandemic caused a spike in e-commerce, which in turn boosted demand for online reviews. Sadly, they’re not always trustworthy. The UK’s Competition and Markets Authority is investigating whether the review industry including Trustpilot is doing enough to tackle fake reviews and fraud.

The reshuffle and new bosses with public company experience may help Trustpilot build credibility. That’s important as it steers itself to a stock-market listing with a possible $1 billion valuation, according to the Financial Times. In July, Trustpilot also launched a research and development hub in Edinburgh to hone fake-detection technology. The effort is welcome, but it’s still early days. With trust as its currency, the company can’t afford anything that shakes consumers’ or investors’ faith. (By Dasha Afanasieva)

On time. Alstom has been quick out of the capital-raising blocks after last week’s positive news on a potential vaccine. The French train maker on Monday launched a 2 billion euro rights issue to help pay for its $8.4 billion acquisition of Bombardier’s locomotive division. The share rally that followed last week’s update from Pfizer and Germany’s BioNTech makes it easier for equity investors to clamber aboard.

It’s the second time viral market gyrations have given Alstom shareholders a leg-up in a deal always seen as Plan B after regulators thwarted a coupling with Germany’s Siemens. In September, Chief Executive Henri Poupart-Lafarge cut his offer to Bombardier by $350 million. After last week’s vaccine-related gains, Alstom shares are 15% higher than their Nov. 4 low. That Alstom shares strengthened slightly on Monday morning despite news of the capital hike is testament to the company’s good timing. (By Ed Cropley)

Golden ticket. Buying a pandemic-hit rival may give Korean Air Lines and its owner a flight path over corporate governance activists. The $4.3 billion carrier will spend 1.8 trillion won ($1.6 billion) to become the majority shareholder of indebted Asiana Airlines, paving the way for a combined airline that will have a 60% market share on international routes.

The deal has Seoul’s backing: Korea Development Bank will buy shares and bonds from Korean Air’s listed parent, Hanjin Kal, to help fund the deal. The involvement of KDB, which is a creditor to the target airline too, spares the government from directly funding a bailout and might limit job losses. Yet shareholder activists worry that the deal gives Hanjin’s management a powerful ally against efforts to overhaul its board. It’s a convoluted rescue all around. (By Una Galani)

Double whammy. Brexit and the pandemic are making British companies more enticing to foreign investors. Just look at Countryside Properties, the 2 billion pound building company which is the target of hedge fund Browning West. The U.S. investor, which has acquired an 8% stake, is demanding Chief Executive Iain McPherson break up the company and give it a seat on the board.

Countryside is a vulnerable target. The housebuilder’s share price, which is down 9% since the beginning of the year, faces further pressure due to uncertainty over the terms of Britain’s departure from the European Union. A government tax break on house purchases which has propped up transactions is due to expire in March. British insurer RSA lured a more friendly approach from Canadian and Danish buyers Intact Financial and Tryg this month. But with their defences weakened, other British companies may face more aggressive action.  (By Aimee Donnellan)

A woman holds a small bottle labeled with a "Coronavirus COVID-19 Vaccine" sticker and a medical syringe in this illustration taken, October 30, 2020.