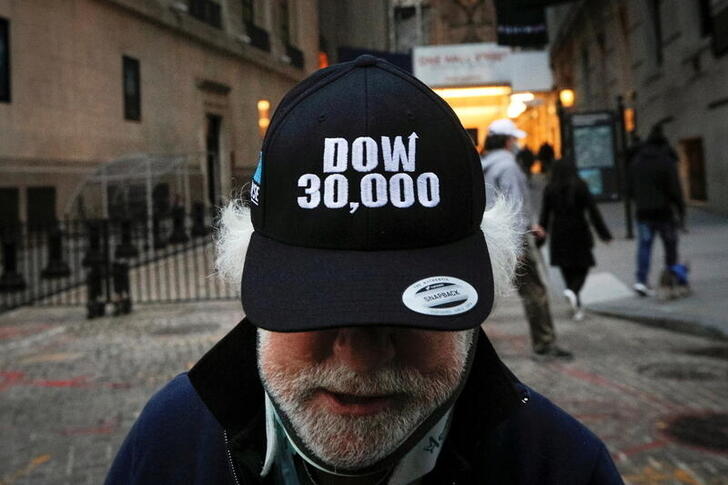 But this is hardly time to celebrate. Covid-19 current hospitalizations in the United States are also breaking records, topping 85,000 on Monday, according to the COVID Tracking Project. And that’s likely to get worse as Americans, despite official warnings, travel for the Thanksgiving holiday. Around 3 million people already passed through U.S. airport checkpoints last Friday through Sunday, the largest crowd since March, according to the Associated Press. So investors may be thankful that a lame duck is exhausting his legal options, but they should still worry about all that turkey. (By Anna Szymanski)

Net assets. The U.S. college basketball season tips off on Wednesday for the first time since Covid-19 caused the 2020 “March Madness” tournament to be abruptly canceled – a move that cost schools around $375 million in National Collegiate Athletic Association distributions. With positive tests already cropping up at numerous programs, including the top-25 ranked University of Tennessee, the pandemic is likely to block more shots than any player.

The NCAA is nonetheless looking to the spring, and the event that typically makes the majority of its $1 billion of annual revenue. Following the National Basketball Association’s example, its plan is to hold this year’s final challenge in one location, rather than over a dozen as it usually does. Organizing games and accommodation for 68 teams in one city will pose logistical hassles. But with hundreds of millions of dollars on the line, the NCAA will probably achieve some version of this hoop dream. (By Anna Szymanski)

GoFigure. Niche UK publisher Future has commenced a curious new chapter. The fast-growing owner of “Practical Caravan”, “Horse and Hound” and rock bible “Metal Hammer” said on Wednesday it was paying 594 million pounds ($793 million) for GoCo Group, the parent of price comparison service GoCompare. The theory is readers will peruse an article about, say, motorhomes, saddles or amplifiers, then flick to GoCompare’s website to find the best deal. A 13% drop in Future shares suggests investors are unconvinced.

At 17 times this year’s forecast EBITDA, more than Future’s 16 times multiple, Chief Executive Zillah Byng-Thorne appears not to have used GoCompare’s bargain-hunting radar on itself. Her offer, a 24% premium to Tuesday’s close, also detracts from Future’s strong performance during the pandemic. With locked-down readers flocking to its niche community sites, the 1.7 billion pound group’s media division achieved 23% organic revenue growth last year. Sometimes it pays not to change a winning formula. (By Ed Cropley)

Nota bene. Reports of cash’s death may be greatly exaggerated. Despite shoppers avoiding physical money during the pandemic, banknote printer De La Rue is hanging in there. The 330 million pound British company reported adjusted revenue of 126 million pounds for its currency division in the six months to the end of September, down just 2% from the previous year. And for the whole of this financial year, De La Rue says its printing presses should be running at full tilt.

Longer-term, however, the writing is on the wall for physical banknotes, and the coronavirus won’t have helped. Even after the easing of Britain’s initial lockdown, the number of withdrawals from leading ATM network Link only recovered to around 30 million a week, compared with 50 million in 2019 and 55 million in 2018. De La Rue shares have dropped 80% in the last six years. There is probably further to go. (By Ed Cropley)

Fantasy thinking. Carrie Lam has laid out plans to revive Hong Kong. The territory’s chief executive on Wednesday presented lots of tweaks and minor subsidies but also made clear she wants to curb public spending soon. That’s at odds with GDP contracting 3.5% in the last quarter. Economic revivals are easily derailed by premature fiscal consolidation.

Equally worrying is Lam’s assertion that Hong Kong’s disaffected youth and struggling entrepreneurs can revive their fortunes by moving to cities in mainland China. That might ease pressure on her administration to address problems like housing, but it’s wishful thinking. Mainland employers prefer mainland employees, and the Chinese labour market is already swamped with underemployed college graduates, depressing wages. Lam wants to “rebuild trust” among Hong Kongers. If her stinginess sabotages economic recovery, that’s unlikely. (By Pete Sweeney)

Living in style. Accor is doubling down on exclusivity. The $10 billion French hotel group is pushing deeper into the boutique market by swallowing Britain’s Ennismore, which boasts the posh Gleneagles resort among its venues. Accor’s focus on swanky hotels with side orders of fine drinking and dining predates the pandemic. It makes even more sense now.

Business travel has been hit hard, and some of those work trips may never come back. But people are still eager to eat and booze in style. Boutique hotels already managed by Accor typically make more than 40% of revenue from food and beverages, often from locals. That’s double the proportion for regular hotels. Accor’s existing “lifestyle” division makes up just 5% of its fees today, but may account for over 25% in its future properties. The pandemic may have curbed travel, but not the desire to live in style. (By Lisa Jucca)