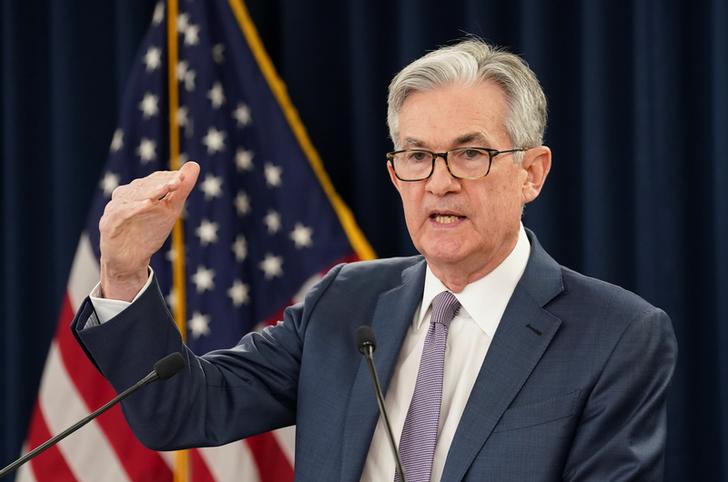 One way Powell expressed this in Fedspeak was by saying “the risks of policy intervention are still asymmetric.” At least he clarified that, adding the dangers of overdoing stimulus seem smaller than those from providing too little support. It’s a theme echoed the same day by European Central Bank executive board member Philip Lane and reinforced by fears of a resurgence in coronavirus infections. U.S. President Donald Trump says he’s over the worst of the disease, but the global economy isn’t. (By Richard Beales)

“Mirror, mirror…” Could it be time to cycle out of stationary bikes and into treadmills? Icon Health & Fitness, the parent company of NordicTrack, has raised $200 million from private equity investors, valuing the firm at more than $7 billion, according to Bloomberg. It joins a wave of at-home workout outfits including Peloton Interactive, Lululemon-owned Mirror and privately held Zwift that are basking in extraordinary valuations thanks to a booming home gym market due to Covid-19.

Companies like Icon, which makes fitness equipment and is expanding an online-workout app, should seize the moment. At-home gym equipment is more needed than ever. Cash injections not only ramp up production but bolster marketing tactics that lure in subscribers.

The trouble is there are too many companies chasing each aspiring athlete. Just as hope triumphs over experience when setting health and fitness targets, those investing in workout companies might find reality falls short of their lofty goals, too. (By Lauren Silva Laughlin)

Takeaway. The Great Depression popularized layaway plans, where shoppers paid for items in installments and then took them home when paid in full. The pandemic is universalizing the reverse – and Macy’s wants in. The $2 billion retailer is joining the likes of Silver Lake and Snoop Dogg and investing in Klarna, the Swedish payments group, and under a five-year partnership, customers can pay in four interest-free installments after purchase.

Nearly a century may separate the two financing inventions, but the consumer impetus is the same. Consumers’ wallets are shrinking, and they are looking to spread out payments. Likewise, retailers are desperate for sales, and buy-now-pay-later plans do that in exchange for giving away a cut. So far, everyone is happy, especially Klarna, which was valued at nearly $11 billion in a September funding round.

But unlike layaway plans, which forced customers to be thrifty by forgoing consumption until the item was paid for, these plans encourage immediate gratification. A harder recession, or regulation to protect consumers, may bite them. (By Robert Cyran)

Debt pandemic. Britain’s small and medium-sized firms are drowning in debt just as Prime Minister Boris Johnson tightens coronavirus restrictions. Data from UK Finance, a bank trade association, showed on Tuesday that SMEs borrowed 40 billion pounds from the seven largest lenders in the first half of 2020. That’s almost double the 24 billion pounds they borrowed in the whole of 2019. Government-backed schemes, like Bounce Back Loans, helped.

Given cash-strapped SMEs have already maxed out on credit as their first line of defence, new lockdowns may do more lasting economic damage than the first round of shutdowns. Moreover, the taxpayer won’t get much back from the state-backed loans. Debt has soared as revenue collapsed in sectors like tourism, sending leverage ratios through the roof. Balancing SME viability and virus control always represented a sharp trade-off for Johnson. It’s getting harder. (By Liam Proud)

Mes que un club. Soccer fans love indulging in hypotheticals: a 4-0 drubbing might have been different had an early refereeing decision gone the other way. The finance department of Spanish giant FC Barcelona has elevated this pastime to a new level of sophistication, releasing on Tuesday an imaginary set of financial statements which exclude the effects of Covid-19.

Revenue would have been 1.1 billion euros rather than 855 million euros, had fans piled into stadiums and sponsors coughed up as usual. Salaries and other costs, apparently, would have been precisely 7% higher, yielding 2 million euros of earnings rather than a 97 million euro loss. It’s silly. What matters is that Barcelona’s debt has more than doubled in a year to 379 million euros. At 3.6 times EBITDA, that constrains its ability to sign talent. Lenders are less keen on alternative histories than fans. (By Liam Proud)

Carpe diem. Kering is seizing the moment on Puma. The 72 billion euro Gucci owner has sold 5.9% of the German sneakers maker on the market for 656 million euros. This looks opportunistic. Seeking to focus on high-end brands, Kering in 2018 distributed most of Puma to investors, but kept a 16% stake. By selling down now, boss Francois-Henri Pinault is exploiting a pandemic-induced sportswear craze that has lifted Puma shares to near record highs.

At just over 11 billion euros, the German group is worth more than double its market value when Kering first announced the spinoff. Kering should consider offloading more shares. It still owns nearly 10% of Puma. Selling that stake at current market prices could fetch it another 1 billion euros in cash. That’s not enough to buy Moncler, a possible takeover option. But it could help it win over eternal target Salvatore Ferragamo. (By Lisa Jucca)

The X-Men Factor. The sale of Australian bootmaker RM Williams is being kicked around because of Covid-19. Private equity firm TPG has walked away from exclusive talks to buy the 88-year-old company from LVMH-backed owner L Catterton for almost A$200 million ($143 million) after mining billionaire Andrew Forrest’s investment firm rode in with a higher bid.

Australia’s stimulus measures will be factored into the deal math. Earnings for RM Williams, which also counts actor Hugh Jackman as a shareholder and recently naked spokesman, have been flattered by state subsidies to help businesses pay employees. Those are being tapered off and could disappear before any recovery starts.

International expansion helped RM Williams grow under L Catterton, but the top line and EBITDA were expected to slip for the year through June. Optimistic, post-pandemic forecasts could leave many acquirers looking too big for their boots. (By Jeffrey Goldfarb)

Smaller portions. The pandemic is dampening eateries’ appetite for rapid expansion. Just look at Britain’s Restaurant Group, which on Tuesday said it would scrap 180 sites, including ones belonging to chains Chiquito and Food & Fuel, which were both put into administration. It’s also shrinking the budget Italian-American eatery Frankie & Benny’s. Combined with news that its Wagamama chain’s sales were up 11% year-on-year in the 11 weeks to Sept. 20, that lifted the company’s shares by 12%.

Yet more pain looks to be in the offing. Chief Executive Andy Hornby could only offer very short-term financial targets, and is taking a 40% pay cut. He’s also bolstering the balance sheet by extending a 160 million pound revolving credit facility to June 2022. Such actions may help carry casual dining restaurants through a second infection wave and national lockdown, which are likely to lead to closures. It also underlines that restaurants will be in retreat for the foreseeable future. (By Aimee Donnellan)