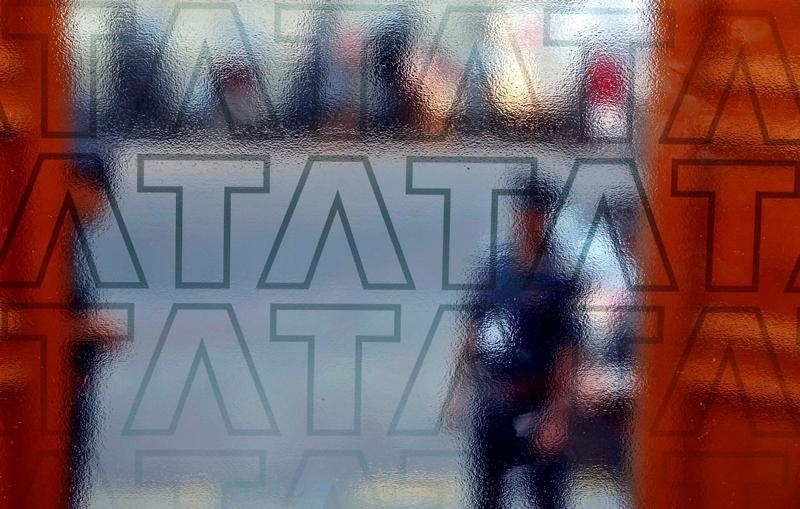 Work-from-home bonanza. India’s top IT company sounds optimistic that the pandemic is sparking a business boom. Revenue at Tata Consultancy Services grew to $5.4 billion in the three months to the end of September, a healthy 7.2% increase in U.S. dollar terms from the previous quarter, the group announced on Wednesday. Adjusted net profit jumped 23.4%. The employer of 453,540 people worldwide underscored its confidence by hiking salaries and proposing to buy back up to $2.2 billion-worth of shares.

The pandemic has pushed all kinds of activity and work online, giving clients new reason to invest in digital solutions from cloud services to cybersecurity. TCS, which sources half its business from the United States, is also benefitting as customers switch from smaller IT providers. Chief Executive Rajesh Gopinathan is betting this marks the start of a multi-year technology upgrade cycle. If he’s right, TCS and its large peers will be work-from-home winners. (By Una Galani)

This may lead to creative destruction. True, the chain will continue to operate while it tries to reposition itself. But the company, bought by private equity firm NRD Capital in 2017, was already closing stores and seeing revenue drop before the crisis, according to Reuters. If it can’t adapt and differentiate itself in a crowded industry, then funding and workers should migrate to more productive arenas. Granted, ensuring employees can find new work is a bigger economic challenge. But capitalism may just be doing its job if it eventually says, “goodbye Ruby Tuesday.” (By Anna Szymanksi)

Still sinking. Commercial aviation tends to be an optimistic business, partly because demand for aircraft has risen faster than the underlying economy for decades. Perhaps that’s why the $93 billion Boeing and its investors consistently underestimated the depth of problems the company faced in returning the 737 MAX to service following two crashes.

A similar dynamic may be taking place in recognizing damage from the ongoing pandemic. On Tuesday, the company projected a buoyant outlook for defense and government services. That flatters the overall market for aviation and services which Boeing pegs at $8.5 trillion over the next 10 years, only slightly down from an $8.7 trillion forecast last year. But projected demand for 18,350 commercial airplanes worth $2.9 trillion over the next decade represents a drop of 11% from the 2019 estimate. That sent the firm’s shares down nearly 7%.

Demand for commercial aircraft will return but it may take longer than Boeing expects, even on the revised forecasts. Most customers are trying to survive, not buy new planes, and the MAX’s problems don’t help. One thing is hard to overstate – the size of the hole Boeing is in. (By Robert Cyran)

Hard landing. Tony Fernandes is setting a new low in debt restructuring for pandemic-hit airlines. AirAsia X, the tycoon’s budget long-haul carrier, on Tuesday asked unsecured creditors to write down their dues by 99.7% without offering them any equity. It looks a plucky opening gambit in negotiations to save the brand.

AirAsia X clearly needs debt relief. Still, its liabilities look surprisingly large. The company says the restructuring covers obligations worth 63.5 billion ringgit ($15.3 billion), a figure which appears to count aircraft orders. AirAsia X had total balance sheet liabilities of just 10.3 billion ringgit at the end of June, and most of its borrowings are secured. Still, unsecured creditors have few options. If they refuse the offer, they risk watching the airline sink in liquidation, probably leaving them empty-handed. Though financial turbulence could hurt Fernandes’ other interests, he seems willing to risk his reputation. (By Una Galani)

Mask mandate. Forcing people to don masks may be the cheapest way to contain the economic damage of the pandemic. Italy, which suffered Europe’s second-highest number of Covid-19 deaths, has got the message. Prime Minister Giuseppe Conte on Wednesday made wearing masks mandatory when outdoors. The goal is to fight a resurgence of the virus without resorting to restrictions to business activities or the full-blown lockdowns imposed earlier this year.

Wealth sickness. The ultra-rich have been getting even richer. Total billionaire wealth reached $10.2 trillion at the end of July, according to a new report by Swiss bank UBS and PwC, which takes into account the effects of Covid-19. That’s 15% more than the previous peak in 2017, and 31 extra billionaires have been minted since then, bringing the total to 2,189. Technology and healthcare tycoons have benefitted more than their real estate peers.

Despite an uptick in philanthropy, the increased concentration of wealth deepens economic and social divides. Half a billion people are expected to be pushed into poverty by the economic fallout from the pandemic, Oxfam estimated in April, reversing a trend that had been steadily improving. There may yet be a vaccine for the virus, but it will take just as much political and financial initiative to cure the rampant inequality plaguing the world. (By Sharon Lam)

Luxury sells. Chinese drivers are bailing out German carmakers. Pent-up demand for BMW’s slick roadsters saw third-quarter vehicle sales in China increase by 31% from a year earlier, boosting overall quarterly deliveries by nearly a tenth. Despite the pandemic, BMW vehicle sales in Asia are up 3% in the year to date, the $49 billion company said on Wednesday. That is largely thanks to wealthy Chinese consumers and contrasts with the steep declines reported for Europe and the Americas.

Stuttgart-based rival Daimler, which said on Tuesday that it planned to double sales of its Maybach limos partly due to Asian demand, can be similarly grateful. Sales in China of its Mercedes-Benz cars grew by nearly one-quarter in the three months to end-September compared with a year earlier. These bumps in sales move both German companies closer towards their goal of positive – albeit severely reduced – annual operating profit. They can thank deep-pocketed Chinese motorists. (By Christopher Thompson)

Insult to injury. Roche’s supply hitches are adding to Britain’s pandemic misery. The Swiss drug giant said on Wednesday that problems at a new warehouse had delayed the dispatch of much-needed tests. It’s bad timing. Britain reported 14,542 new cases of Covid-19 on Tuesday, nearly 2,000 more than the previous day. And that followed a technical glitch which delayed the reporting of 15,000 positive results.

The UK is lagging international peers. Countries like South Korea have shown that an aggressive programme of tracking and tracing can be effective in controlling the spread of the disease. Without a vaccine, Britain’s National Health Service is relying on diagnostic tests made by companies like Roche to help keep the virus at bay. That would reduce the need for the government to impose new economically damaging restrictions on activity. The latest snafu may make this goal harder to achieve. (By Aimee Donnellan)

A private security guard stands at the exit gate of the headquarters of Tata Consultancy Services (TCS) in Mumbai, India October 13, 2016.