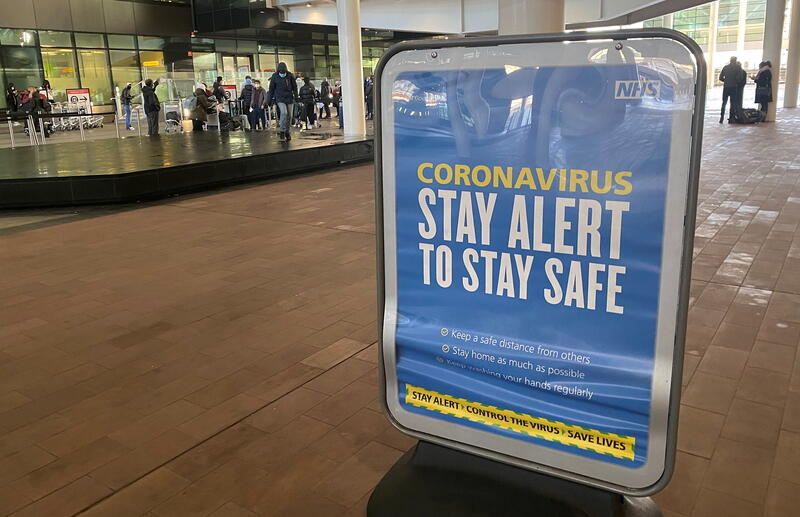 Holiday blues. Britain’s new quarantine measures go too far and not far enough. The move, designed to keep out vaccine-resistant Covid-19 variants, will require Brits returning from “red list” countries like South Africa or Portugal to sit out 10 days in a hotel. Yet travel to those countries is already banned. The main effect will be to douse enthusiasm for summer getaways in Europe – few will want to risk the hassle of strict quarantines if France or Spain, say, are suddenly deemed “high risk”. Little wonder low cost carriers Ryanair and easyJet lost 4% on Wednesday.

Yet if Prime Minister Boris Johnson wants to keep out super-contagious variants, he needs to cast the quarantine net wider. The virus is circulating – and probably mutating – well beyond South Africa and South America. By the time mutations are detected, it may be too late. New Zealand, which first closed its borders in March, may stay shut throughout 2021. (By Ed Cropley)

Prisons of conscience. U.S. President Joe Biden on Tuesday signed an executive order rolling back the federal government’s use of private-sector prisons. Shares of the biggest companies involved, GEO and CoreCivic, dipped. But their investment appeal has been on the wane for years.

Both groups, each with a market capitalization less than $1 billion, were worth far more back in 2016, when Barack Obama’s administration decided to phase out privately run federal incarceration partly because the operators were doing a far worse job than the government without saving money. Donald Trump didn’t follow through, but that hasn’t helped either company’s stock price during his presidency.

That in turn partly reflects investor distaste for private-sector prisons, controversially used by immigration enforcers as well as for locking up regular criminals. The feds account for perhaps a quarter of GEO and CoreCivic’s business. With prisons clearly a core business of government, though, taking Washington’s work back in house is a good start. (By Richard Beales)

Building back. Blackstone’s bet on affordable Indian home loans is set to pay off. Aadhar Housing Finance submitted documents for an initial public offering in Mumbai barely 18 months after the buyout shop scooped it up, shortly before one of the then-owners, DHFL, collapsed into bankruptcy. It promises an impressive return against the $500 million invested.

Aadhar is the largest lender by assets serving a $55 billion market with an average loan size of less than 1.5 million rupees, or about $21,000. Collections industrywide tumbled during lockdown, but they have rebounded to as much as 95%. Where signs of distress have emerged, pain is concentrated in unsecured loans. Aadhar’s are all secured. On the same 6.6 times trailing book value of closest rival Aavas, Aadhar would be worth as much as $3.7 billion. That leaves Blackstone’s IPO with a solid foundation. (By Una Galani)

Scandi exceptionalism. Swedes are unfairly perceived by outsiders as haughty. Based on Stockholm-listed SEB’s annual results, their banks have every right to be aloof. Shares in the $24.3 billion lender popped by nearly 3% on Wednesday after it reported a 10% return on equity last year in spite of the pandemic, in line with its likely cost of equity. Even though bad debts more than doubled year-on-year, net credit losses remained low at just 26 basis points of total lending – compared with some battered European peers projecting multiples of that for 2020.

Earnings resilience may have been buoyed by Sweden’s laissez-faire approach to shutdowns, which kept companies trading. However, loan losses may grow as Sweden tightens business restrictions. SEB is currently valued at 1.1 times estimated 2022 book value, according to Refinitiv data, compared to what Citi analysts reckon is a European average of less than 0.8 times. To sustain that premium shareholders must bet Sweden’s idiosyncratic pandemic approach isn’t in time seen as a mistake. (By Christopher Thompson)

A public health message is displayed at a terminal at Heathrow Airport, amid the spread of the coronavirus disease (COVID-19) pandemic, London, Britain, January 16, 2021.