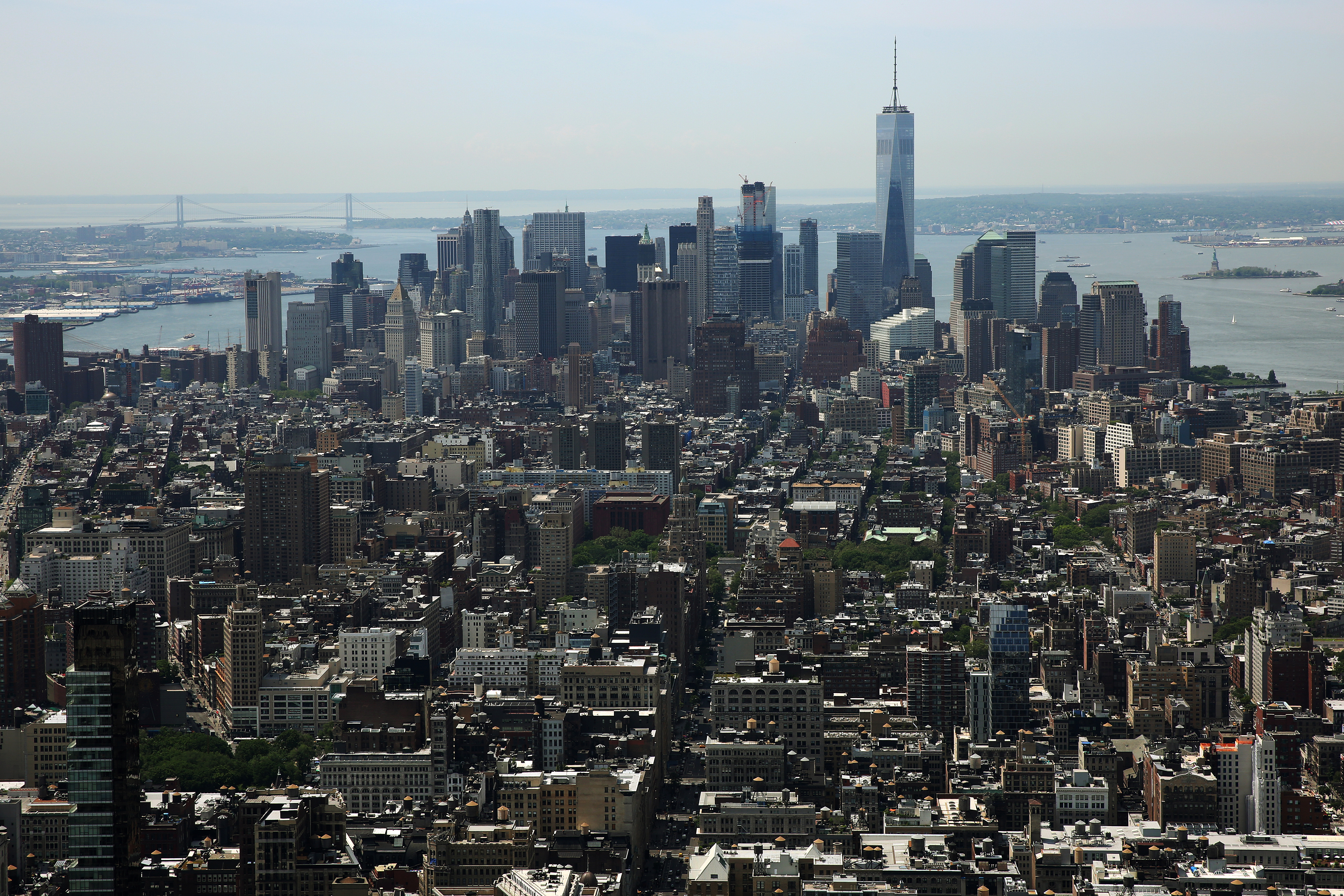 No Covid, no Brexit. Major cities may not have to worry much about a coronavirus-driven exodus after all. An annual ranking of global financial centers shows New York, London and the rest of the top 10 all adding to their overall 2019 scores, according to this year’s Global Financial Centres Index, based on a survey by Z/Yen Group in partnership with the China Development Institute.

London even closed the gap with the Big Apple, despite the fact that its financiers will lose full access to the EU on Dec. 31. That may say more about some European centers’ reduced appeal than the City’s enduring allure – and it could change next year. Elsewhere, Shanghai pipped Tokyo to third place, with Beijing and Shenzhen, China also in the top 10. One global effect of Covid-19 is clear: Respondents everywhere think they will work less in the office and more at home in the future. Finance types are doomed to Zoom. (By Richard Beales)

Big box bonuses. Costco Wholesale is finding the pandemic is more expensive than expected. The $150 billion grocer, where members can stock up on bulk bargains such as 13.5-pound bags of baking soda or 30 lobster tails, said Friday it spent $281 million on coronavirus-related costs during the quarter ending Aug. 30.

The pandemic has mostly been good for the retailer, as penny-pinching consumers, hoarding, and eating more at home increased revenue about 12%. That pushed gross margins up and sent earnings per share 27% higher.

But the market expects earnings growth in bulk from Costco – it trades at 36 times estimated earnings over the next 12 months, or twice peers, according to Refinitiv. Paying workers a bonus of $2 an hour to compensate for Covid risk adds up. These costs may stick for the rest of the pandemic – and when they disappear, the question will be whether extra shoppers do too. (By Robert Cyran)

Fashion victims. Boohoo’s supply chain cleanup is as cheap as its throwaway skirts and shoes. Shares in the 4.5 billion pound retailer soared nearly 20% on Friday even though an independent audit into its treatment of workers found “many failings” in its supply chain. The review could have been worse. Media reports alleged in July that Boohoo suppliers were failing to pay staff in Leicester the minimum wage or keep them safe from the spread of Covid-19.

Investors feared the Manchester-based online retailer would have to implement a series of costly reforms that could have forced it to source stock from international suppliers in Cambodia or Turkey. Boohoo reckons the cost of implementing the changes shouldn’t exceed the 10 million pounds it previously earmarked. As this is just over 10% of its 2020 pre-tax profit, it looks like a cheap way to tick the ESG box. (By Aimee Donnellan)

French pile-up. Media conglomerate Lagardere is becoming an increasingly crowded house. On Friday, shares in the Paris Match publisher rose by 26% after LVMH owner Bernard Arnault – a longstanding pal of eponymous Lagardere boss Arnaud – revealed a stake of over 5%. This potentially pits him against activist shareholders Amber Capital and Vivendi-owner Vincent Bolloré, who are agitating for board seats.

Investors appear to be hoping for a lucrative kiss-and-break-up. True, loss-making Lagardere’s main profit generator – its omnipresent French travel retail kiosks – has been whacked by the pandemic. But Arnault, who already owns a stake in Lagardere’s holding company, might be interested in those plus the company’s media assets, which include influential business newspaper Le Journal du Dimanche. And Bolloré could take publishing arm Hachette. Still, any sales would have to pass by Lagardere himself, who controls the business via an archaic legal structure. Shareholder excitement looks premature. (By Christopher Thompson)

Waving, not drowning. The Shanghai-London Stock Connect pipeline is back. The troubled initiative, launched in 2015 to forge trading ties between the UK and China, has recorded its third offering in the British capital. Hydroelectric group China Yangtze Power secured $2 billion in global depositary receipts via a secondary listing.

The $61 billion issuer gets capital at a small discount to its Shanghai-listed shares without having to negotiate Chinese capital controls. Global funds get exposure to a sector that gains from President Xi Jinping’s banishing of carbon emissions by 2060. That said, after pricing at the bottom of the range, the final amount is well below the maximum $3.4 billion the company initially hoped to raise.

Still, Covid-19 market jitters and tensions between London and Beijing over Hong Kong mean it’s an achievement to get the deal away at all. The rapprochement may indicate that it’s even harder for Chinese companies to raise capital in the United States. (By George Hay)

Not so fast. China’s domestic rebound is not rubbing off so much on its emerging market peers. For them, after an initial burst of growth, all the signs point to a slower pace of recovery, say Capital Economics researchers. They note two main problems. First, exports will remain weak as the developed world economies shift into slower gear. Second, in places like India and much of Latin America, new cases remain high, spurring precautionary behaviour even where lockdown restrictions have eased.

The difference is stark. A China Activity Proxy, compiled by the London-based research group, suggests economic growth in the People’s Republic rose 4.8% year-on-year in August, and is broadly back at a pre-crisis trend. Excluding China, emerging market retail sales and industrial production are still down by minus-3.5% and minus-5.5% in year-on-year terms. The contrast will likely be sharpened when China’s so-called Golden Week holiday, typically a shopping bonanza, kicks off next week.  (By Una Galani)

Lower Manhattan including the financial district is pictured from the Manhattan borough of New York, U.S. June 1, 2016.