7 May 2020 By Breakingviews columnists 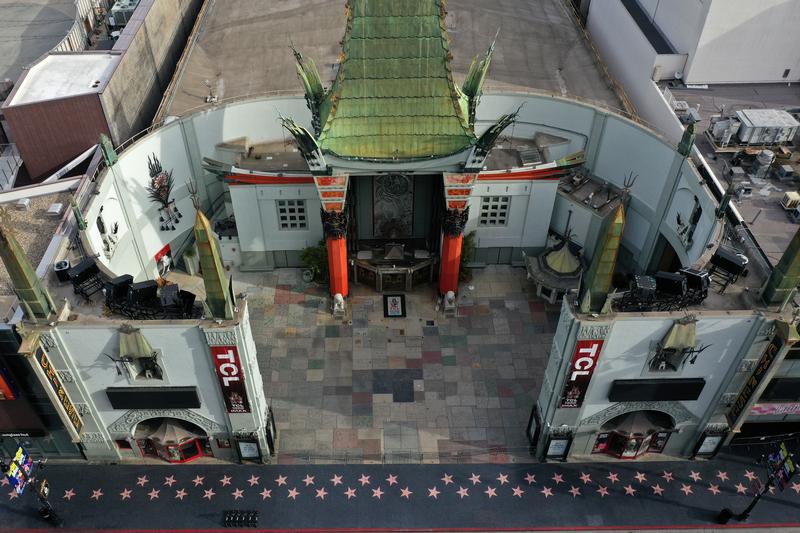 No easy Wexit. Maine-based payments group Wex on Thursday said it was walking away from a $1.7 billion deal to buy eNett International and Optal, a pair of British firms focused on travel-related and business-to-business payments. The reason given: a material adverse event because of the pandemic – perhaps the first such claim involving a UK transaction.

Wex boss Melissa Smith isn’t the first to have merger regrets, and invoking material adverse events is one possible way out. But she is up against it. The sellers, including eNett investor Travelport, note that the agreement dates from late January when the coronavirus was already at large and that its material adverse event language explicitly excludes a pandemic from consideration. Courts don’t easily let buyers off the hook, either. Most dauntingly, one eNett owner is the private-equity arm of Elliott Management, the activist investment fund known for stubbornness. A quick Wexit looks unlikely. (By Richard Beales)

Tough times in Tinseltown. After layoffs, furloughs and approximately $4 billion in debt, it’s no wonder that Endeavor is trying to shore up its balance sheet. The Hollywood talent agency and operator of the Ultimate Fighting Championship wants to sell part of its stake in Epic Games, according to Bloomberg. The Fortnite and Houseparty owner could be worth well over $15 billion.

It has been a tough few months for Endeavor, led by Ari Emanuel and backed by Silver Lake. The firm pulled its stock-market listing at the eleventh hour in September after a cool reception from investors skeptical of unprofitable businesses and entrenched founders. The widespread lockdowns forced by the coronavirus pandemic have since put virtually all its businesses on hold. But selling a chunk of its 2018 Epic investment should at least mean some decent cash – and peace of mind. (By Jennifer Saba)

Twisted gamble. Leonardo Del Vecchio’s Mediobanca gamble has gone from pricey to painful. The 84-year-old eyewear billionaire stunned investors last year as he quickly built a near-10% stake in the storied Milanese merchant bank, becoming the top shareholder. He also questioned the bank’s strategy of diversifying away from investment banking, risking an open clash with veteran Chief Executive Alberto Nagel.

The impetuosity looked badly timed even before the pandemic emergency. Italy’s richest man unveiled a 7% stake in September and snapped up another 2.5% in November, when UniCredit sold Mediobanca shares to investors at 10.35 euros, just below a 11-year peak. Mediobanca shares are now 50% below that level because of the Covid-19 crisis and his stake has shrunk to 450 million euros in value. There is little chance of revisiting those highs soon while Italy’s economy craters. And rocking the boat at board level would cause even greater investor anxiety. His only valid card is to sit tight. (By Lisa Jucca)

Guessing game. Nintendo may come to regret its overly conservative forecasts. After delivering a blistering 33% rise in net profit for the fiscal year ending in March, to $2.4 billion, Japan’s video games giant on Thursday said earnings in the ensuing 12 months would fall by over a fifth. Supply-chain disruptions from the pandemic have caused global shortages of its hugely popular Switch console, while work-from-home arrangements have delayed new titles.

The problem is that the $57 billion company has a habit of low-balling forecasts. It shifted over 21 million Switches, exceeding the upwardly revised guidance of 19.5 million from January. For 2021, the company is guiding to just 19 million, despite the huge success of “Animal Crossing: New Horizons”, which became the fastest-selling Switch game after its March 20 release. For investors accustomed to Nintendo’s modesty, it will be hard to tell now how seriously to take the Covid-19 risk. (By Robyn Mak)

Peloton’s Jeremy Lin moment. Remember the New York Knicks player who burst on to the basketball scene in 2011 with astounding stats, and then slipped slowly from view? The virtual-exercise business has had a similar run of good luck that might end a similar way. On Wednesday the company said third-quarter revenue shot up 65% versus last year and users worked out almost 2.5 times more.

Next quarter looks similarly promising. The company has a backlog in bike deliveries and sales are exceeding expectations. But users are getting decent incentives, like months of free workouts and a recent price cut. Peloton’s shares are back above their $29 initial public offering price, having languished beneath it for around half of their listed life. But when lockdown ends, there is a good chance bikes find their way to the attic and, like Linsanity, become a distant memory. (By Lauren Silva Laughlin)

Take a BTing. Chief executives abhor cutting dividends – even if it’s obviously sensible. Especially so in Britain, where income-obsessed fund managers focus myopically on payouts even if they bleed a company of cash to invest. BT’s Philip Jansen has resisted those pressures, announcing on Thursday that he would suspend the final dividend for the financial year that ended in March, and for the current one. Shares took a hit.

The cut was mathematically inevitable. At the old 15.4 pence per share rate, dividends cost 1.5 billion pounds a year. That compares with about 2 billion pounds of free cash flow, which also covers pension payments to the tune of 800 million pounds or so. By slashing dividends, Jansen has made sure he can invest in fibre broadband – which matters as rivals O2 and Virgin Media bulk up. (By Liam Proud)

Dose of reality. GlaxoSmithKline isn’t waiting around to see how well Indian consumers hold up. The British pharmaceutical giant is cashing out of Hindustan Unilever, which produces everything from deodorant to soup. It’s selling a 5.7% stake, pocketed as partial payment for the sale of its malted-drink brand Horlicks in 2018.

The $63 billion Mumbai-listed company trades at 55 times expected earnings, close to a five-year high. Its operations were running at an impressive 75% capacity through April, overcoming one of the strictest virus-related lockdowns in the world. A strong balance sheet also puts Hindustan Unilever in a good position to pursue acquisitions. Nonetheless, growth in the country’s fast-moving consumer goods industry was slowing down before the pandemic struck. With increasing worries that emerging markets like India will be left behind in a post-Covid-19 recovery, there’s little reason for a bystander like GSK to wait and find out. (By Una Galani)

Bad Bud. The world’s biggest brewer Anheuser-Busch InBev suffered a 5.8% decline in revenue to $11 billion in the first quarter from a year earlier. More drinking at home failed to make up for bars and restaurants closing in many of its top markets. The next quarter will be more painful for the Corona and Budweiser brewer. April volumes fell about 32% – much more than the 9% slide in the first quarter. This doesn’t bode well for Chief Executive Carlos Brito’s hope to reduce his mammoth debt pile. Analysts expect net debt to be close to 5 times EBITDA this year, throwing his 4 times target out the window. It’s a bad time to raise money by selling assets – and issuing a cash call with shares down 45% this year is also unpleasant. Brito has little option but wait it out. (By Dasha Afanasieva)

Supermarket sweep. Stockpiling can’t last forever. That’s the warning from Frans Muller, chief executive of Ahold Delhaize, which owns supermarkets in the Benelux and Stop & Shop in the United States. It’s been a good run for the 25 billion euro company. Scrambles to buy long-life milk and toilet paper boosted sales by nearly 13% in the first quarter and delivered a 48% jump in profit to 645 million euros.

Investors appreciate the efforts. Ahold trades at 12 times expected earnings, a premium to European peers like Carrefour and J Sainsbury, according to Refinitiv estimates. Still, the Dutch grocer is playing down the benefits with a full year outlook that’s unchanged. Costs may be a factor. Muller has 380,000 staff to keep safe. And customers may run out of cash as the crisis persists. Still, with U.S. online sales now forecast to grow 50%, instead of 30%, investors can prepare for some upside in the downturn.  (By Aimee Donnellan)

The Hollywood Walk of Fame, usually packed with tourists, is seen empty in front of Grauman's Chinese Theater on Hollywood Boulevard during the global outbreak of coronavirus disease (COVID-19), in Hollywood, Los Angeles, California, U.S., March 31, 2020.