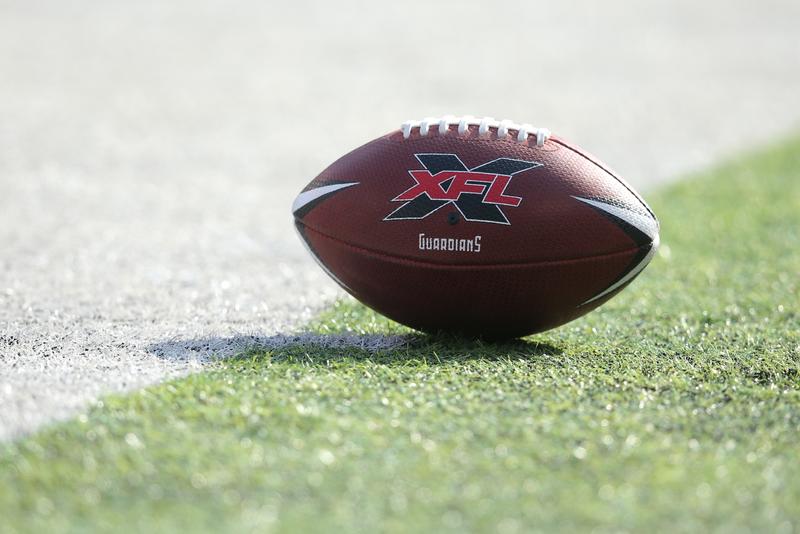 Gridiron goes under. American football fans have lost a rebooted post-Super Bowl springtime league almost as soon as it started. The parent company of the XFL filed for bankruptcy on Monday, a month after the coronavirus forced it to blow the whistle halfway through its first season. XFL had non-pandemic problems, not least the poor track record of previous attempts to establish non-NFL leagues. Its viewers also quickly halved from the roughly 3 million who tuned in for the first week’s games in February.

The National Football League and entities that control college football have better finances and far sturdier support. But the fate of their upcoming seasons also depends on regulations surrounding large gatherings and post-crisis consumer behavior changes. Longer-standing concerns about safety remain, too. As for the XFL, owner and World Wrestling Entertainment

Balance sheet blues. Borrowers are rushing to claim their unused bank credit lines, and in large amounts. JPMorgan said on Tuesday that clients claimed $55 billion of undrawn loans in March. At Wells Fargo the number was a potentially inconvenient $80 billion. The Federal Reserve has forbidden the bank from growing its balance sheet as punishment for past bad behavior. Customers’ dash for cash has put it above its limit of just over $1.9 trillion.

Fortunately, Wells Fargo has some leeway: The cap is measured against six-month daily averages. And the Fed has given new boss Charlie Scharf some wiggle room. He can pitch in with the federal bailout of U.S. companies, so long as the bank gives away any fees. But it’s no wonder Scharf is itching to have the cap removed altogether. Standing by some Wells Fargo clients may mean leaving others to fend for themselves. (By John Foley)

Sweetest taboo. Renault has offloaded its main joint venture in China just as rival carmakers expect the market to recover from a coronavirus-induced lockdown. The embattled French automaker, whose shares have fallen 56% this year, never really made a dent in the market: The venture sold less than 20,000 cars last year, a fraction of Renault’s 3.75 million global deliveries. Local partner Dongfeng Motor will assume Renault’s share of the loss-making alliance and stop producing Renault-branded vehicles.

It makes sense for acting Chief Executive Clotilde Delbos to cut superfluous losses as she prepares to welcome successor Luca de Meo from Volkswagen. She has already pledged to find 2 billion euros in “no taboo” savings over the next three years. Renault will retain separate Chinese joint ventures in electric cars and vans. But the exit will heighten its dependence on Europe, which already accounts for over half of vehicle sales. (By Christopher Thompson)

Taking credit. It is getting rough and tumble in mergers and acquisitions. Carlyle just threw a one-two punch at Pioneer Credit, an Australian debt collector that it agreed to buy in December. First, the private equity firm threatened to withdraw A$142 million ($91 million) of funding because of alleged defaults, which Pioneer denies. Then, Carlyle cited breaches and material adverse changes to its A$120 million buyout. It gave its target five days to sort things out.

With all the doubt, Pioneer’s shares tumbled 56% on Tuesday. Pioneer reckons Carlyle is just using the pandemic to squeeze it. That wouldn’t be surprising, even considering Pioneer’s many troubles. As the financial crisis unfolded over a decade ago, several private equity firms tried to back out of deals. And in 2016 Carlyle itself haggled down the original $8 billion price tag for data storage firm Veritas after banks struggled to syndicate the buyout debt in a tough market. Pioneer says it’ll fight back, but it may have a limited amount of leverage. (By Jeffrey Goldfarb)

Pint half-empty. Anheuser-Busch InBev halved its dividend and delayed its annual general meeting because of uncertainty caused by the coronavirus crisis. This will save the world’s biggest brewer around $1.1 billion, a small contribution to bringing down its $95.5 billion debt pile.

The good news for AB InBev Chief Executive Carlos Brito is that people are boozing more at home to get through this difficult time: sales have spiked in the United States, AB InBev’s biggest market. But with bars and restaurants shut across much of the world, the overall outlook is dire but uncertain. Even after cutting the dividend, the group is likely way off Brito’s target of bringing net debt below 4 times EBITDA this year: analyst forecasts compiled by Refinitiv put it at 4.9 times. Still, there’s scope for more radical action if the crisis endures. Delaying the payment to June 11 from early May gives Brito time to further trim the dividend if necessary. (By Dasha Afanasieva)

Rose-tinted swaps. Whoever said central banks were out of ammunition? The perceived riskiness of European companies has fallen sharply in recent days, according to the credit default swap market, boosted by the Federal Reserve’s plans to buy junk-rated debt and hopes the coronavirus crisis is easing.

The Markit iTraxx Crossover index of swaps based on debt issued by European sub-investment grade companies has fallen back to around 460 basis points in morning trading on Tuesday, down from a recent peak of over 700 basis points, according to Refinitiv data. The current spread would be enough to compensate for a default rate of about 8% over the next year, according to Breakingviews calculations. That’s roughly in line with S&P’s forecasts, but far below its more pessimistic scenario of an 11% failure rate. Defaults exceeded 12% in both of the last two credit cycles. (By Neil Unmack)

A football lays on the field before an XFL football game between the New York Guardians and the Tampa Bay Vipers at MetLife Stadium in East Rutherford, New Jersey, Feb. 9, 2020.