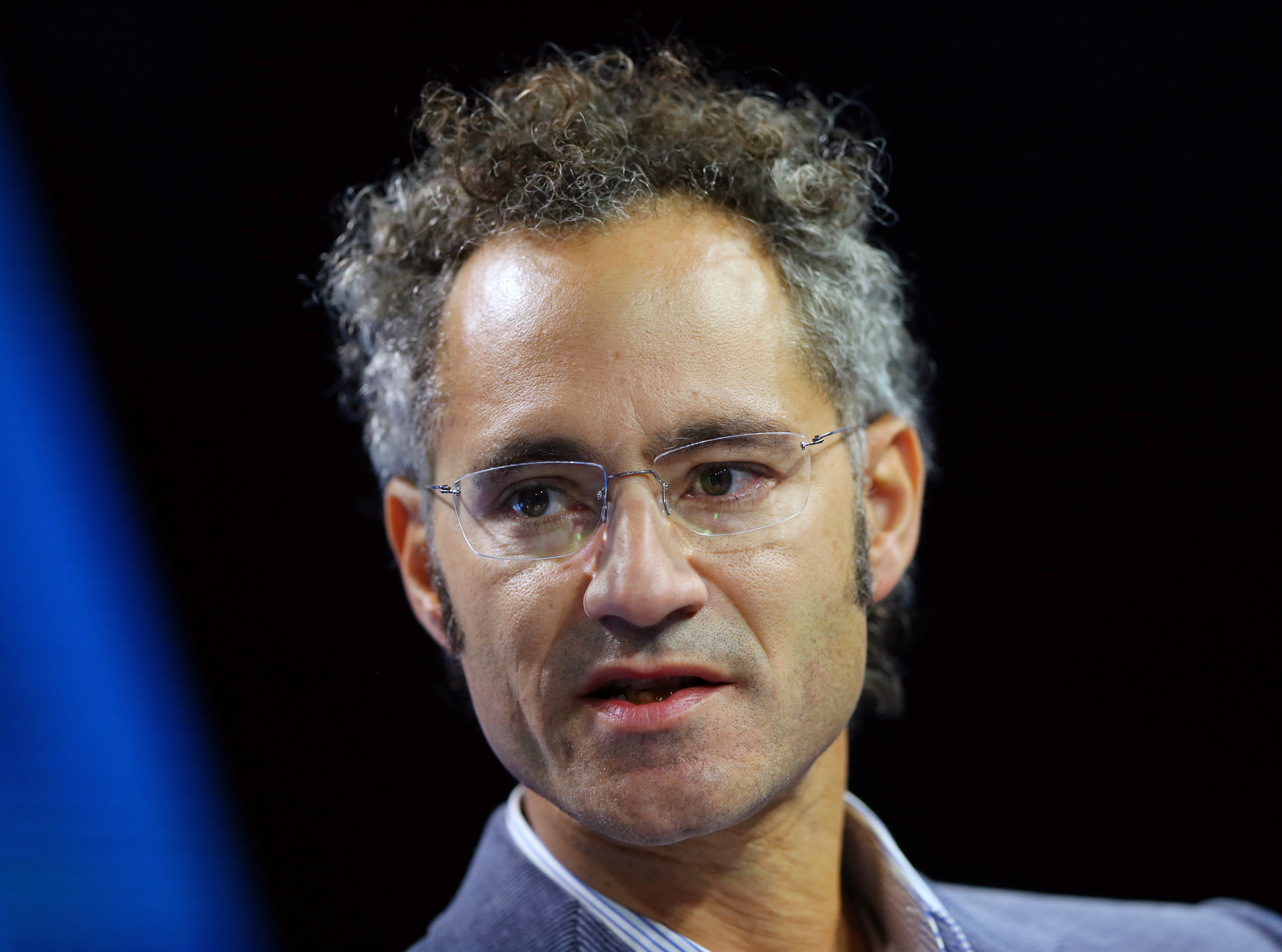 It was the opening of Karp’s public pitch to potential shareholders ahead of the data company’s planned direct listing on the New York Stock Exchange. He talked a lot about Palantir seeing what analytical tools U.S. and allied governments, the military and big corporations will need years ahead of everyone else.

Fellow self-styled Palantirians presented from pristine home offices and kitchens, ticking through the company’s software, its role helping banks, armies and those responding to Covid-19, and the strong financial margins the company makes – excluding, naturally, the outlays that have ensured it has incurred losses every year since its founding in 2003.

The set-piece videos avoided anything controversial, like Palantir’s proposed founder-friendly governance. Maybe investors will ask those questions later. Clever Hollywood-style data visualization is one attraction of the company’s products. So far, the investor day production values match up. (By Richard Beales)

Cohn ahead. The blank-check company spearheaded by Gary Cohn, formerly an adviser to President Donald Trump and a top Goldman Sachs executive, raised $720 million from investors in its initial public offering on Tuesday, per Reuters. That’s more than the planned $600 million and adds to the flood of cash raised by U.S. special-purpose acquisition companies this year.

SPACs seek acquisitions, offering targets a shortcut to a listed stock – something with particular appeal in markets made volatile by Covid-19. Investors bet on the Rolodexes and smarts of the vehicles’ sponsors, but also have the right to get their money back if they don’t like the deal that’s eventually inked.

As the financial dish du jour, SPACs are increasingly being launched not just by specialist investors but by partly political celebrities like Cohn and Paul Ryan, the former speaker of the House of Representatives. Even in the quietish Labor Day holiday week, there’s no pause. Next up, maybe: a TikTok influencer-backed SPAC? (By Richard Beales)

Cutting no Slack. Any business that supports working from home has benefited to some extent from coronavirus-induced lockdowns. But Slack Technologies, purveyor of a messaging platform that helps organize work, isn’t capitalizing the way Zoom Video Communications, for example, is managing to. In the three months to July, Slack’s top line increased 49% year-on-year, but growth in billings, an indicator of future revenue, slowed to an annualized 25%.

Concessions to help users through Covid-19 didn’t help, but Slack also faces plenty of competition, whether from video services like Zoom or bigger rivals like Microsoft, whose Teams software provides similar functionality to Slack. Shares in the company, worth $17 billion at Tuesday’s close, slumped more than 15% at the open on Wednesday. They’re now up only around 10% year-to-date, against some 30% for the Microsoft behemoth and an eye-watering 400%-plus for Zoom. There’s not enough space for everybody in the home office. (By Richard Beales)

Hierarchy of needs. Boards in Italy, Spain and Denmark unwittingly revealed their true priorities during the Covid-19 panic. According to corporate-governance consultancy Georgeson, a respective 44%, 51% and 28% of firms in those countries slashed dividends. But only 29%, 29% and none cut executive pay. In other words, between 15% and 28% of firms in those countries chose to harm investors while leaving their bosses’ pay packages untouched. The proportion was much lower in Britain, France, Germany, the Netherlands and Switzerland.

One justification for the apparent disdain for shareholders is that the sums involved in dividends are simply bigger. Why risk irking a successful CEO when cutting their bonus will only save a few million euros? Yet the Georgeson data also shows that European investors were less likely to push back against executive remuneration packages than in the previous year. Maybe shareholders only have their own apathy to blame. (By Liam Proud)

Cash piles. Japan’s currency in circulation and deposits at financial institutions, known as M3 money stock, rose a record 7.1% in August from a year earlier, according to central bank data. Even as certain restrictions have been lifted, the Covid-19 pandemic has squeezed wages. Under pressure, Japanese consumers and cash-strapped companies appear to be hoarding money under their tatami mats again – a bad sign.

Gloom is to be expected. Revised GDP figures on Tuesday showed that the world’s third-largest economy contracted by an annualised 28.1% in April to June, steeper than the preliminary reading, due in part to a drop in capital expenditure. That suggests more stimulus may be needed, beyond the already generous stimulus packages Japan has unveiled, if it wants to fend off consumer stagnation. Chief Cabinet Secretary Yoshihide Suga, seen as frontrunner to become Japan’s next prime minister, will have his work cut out for him. (By Sharon Lam)

Lacking sparkle. Cartier owner Compagnie Financiere Richemont is adding confusion to a half-baked share loyalty scheme. The $35 billion luxury group put on hold a plan to issue warrants just hours before its annual meeting, saying that it wants to study the possibility of cancelling South African depository receipts, which are tied to around 13% of Richemont A shares held by a subsidiary.

The move would simplify Richemont’s capital structure: the receipts trade in a ratio of 10 to one “A” share and are an added layer to a dual-share construct that gives Chairman Johann Rupert control. But the decision looks clumsy coming just before the shareholder powwow. The board should have addressed the issue before unveiling the programme in August. Richemont’s warrants scheme, which Rupert had endorsed to compensate for a Covid-19-linked dividend cut, will likely go ahead. Still, Richemont’s communications lack the elegance of its jewels. (By Lisa Jucca)