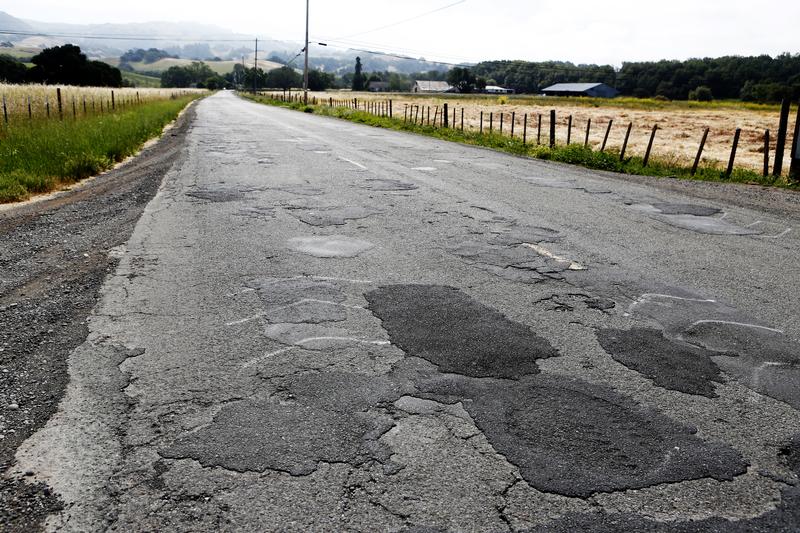 Infrastructure’s moment? The joke in President Donald Trump’s Washington used to be that every week was touted as infrastructure week. None of the grand plans for mobilizing $1 trillion or more of public and private money ever came to much, though. Bruce Flatt, chief executive of giant Canada-based investment group Brookfield Asset Management, thinks that will start changing fast.

Unlike, say, in Australia, U.S. states and cities have proved reluctant to relax their grip on often crumbling infrastructure, as well as new projects, even when there are private-sector templates that have worked well elsewhere. But Flatt told Breakingviews on Wednesday that governments at all levels will offload more and more roads, bridges and such to outside investors, freeing up their balance sheets. They’ll need that capital to plug big gaps left by Covid-19. Maybe every week soon really will be infrastructure week. (By Richard Beales)

Long and winding road. How much has the global lockdown cost businesses? According to Fitch Ratings, the damage is $5 trillion. In a report published on Wednesday, titled “The Road Back”, the agency estimates that’s how much revenue will shrink this year alone at the companies whose debt it grades. By 2022, sales will be $8.5 trillion lower than Fitch forecast at the end of last year.

These Fitch-rated companies had over $26 trillion of revenue to start with. The true damage is likely to be much bigger. Still, the agency’s estimates give some sense of the pandemic’s damage, and the torturous recovery ahead. Looking across 80 different sectors, Fitch reckons the median decline in revenue through 2021 is likely to be 8%. By comparison, the MSCI World Index of large and medium-sized stocks is down just 3% since the start of the year. (By Neil Unmack)

That other epidemic. While governments get to grips with the human and economic effects of Covid-19, another plague is stepping up in intensity: opioid misuse. From Chicago to Toronto, governments are reporting spikes in the number of overdoses and emergency calls during protracted lockdowns. The reasons aren’t clear, but may include isolation, less availability of help and even a shift in the composition of the drugs themselves. It threatens to make the post-pandemic economic rebuilding even more costly.

The United States only reversed years of declining life expectancy in 2018. The opioid epidemic, along with other so-called deaths of despair, is a big reason why it had fallen. It’s both a direct cost – the Centers for Disease Control and Prevention estimates $78.5 billion a year – and an indirect one, because opioids remove productive people from the workforce. Moreover, it’s another example of Covid-19 exacerbating underlying trends – and turning them into economic comorbidities. (By John Foley)

Satellite campus. The Chinese government has rejected a study by Harvard Medical School researchers suggesting the coronavirus was spreading in China as early as August, well before local health workers publicly rang the alarm. The methodology is circumstantial, based on satellite imagery of hospital parking lots in the city of Wuhan, the outbreak’s epicentre, and queries for terms like “diarrhoea” and “cough” on local search engine Baidu. It found uptrends in both kinds of traffic beginning in the late summer of 2019.

It’s hardly conclusive, but the report keeps media spotlight on the bungled first phase of China’s virus response, a subject Beijing would like to move on from. But Harvard’s academic brand is exceptionally strong inside China: the university has banked truckloads of tuition fees from mainland citizens, including President Xi Jinping’s daughter. The institution’s sterling reputation inside Chinese officials’ families means it might get off lightly. (By Pete Sweeney)

Venture a guess. UK startup investors are braving Covid-19, according to figures compiled for the country’s Digital Economy Council by lobby groups Tech Nation and Dealroom. Investors pumped $2.7 billion into British tech companies between March and May – similar to the $3.3 billion raised in the same period a year earlier and the $2.8 billion during the three-month stretch in 2018.

Admittedly, some deals were probably negotiated before the pandemic. But venture capitalists at least had the confidence to finalise them. And with the S&P 500 now flat this year, large pension funds won’t have to rip money away from less frequently valued private investments, like venture capital, to offset losses elsewhere, as they did in the last crisis. Crucially, the report’s authors reckon that just 10% of UK startups will see a “prolonged” impact from the virus. VCs are by nature bullish. With capital aplenty, don’t expect them to slow down. (By Liam Proud)

Industrial wasteland. Segro is investing in the eye of the storm. The UK warehouse landlord on Wednesday increased the size of its share sale to 680 million pounds, in a call that the coronavirus pandemic will boost online shopping and hence demand for warehouses. The fundraising, which includes a placing and a retail offer, represents about 7.5% of the company’s share capital.

The $12 billion group has already spent 386 million pounds on property this year and plans to use the cash to invest over 1 billion pounds into buying assets through 2021. Given that demand may increase as retailers emerge from lockdown, this makes sense. But deep-pocketed private-equity group Blackstone has more than $13 billion of dry powder. Upcoming deals won’t come cheap. (By Karen Kwok)

Patches on top of patches covering potholes litter a road in Sonoma County, California, May 9, 2013.