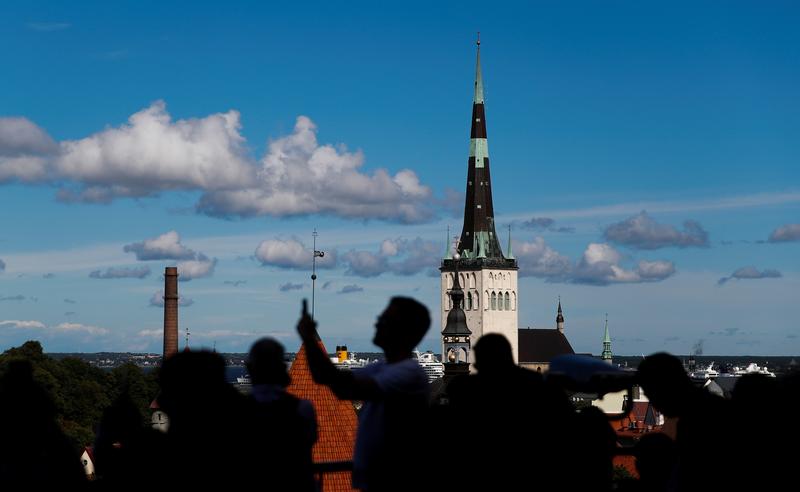 The company now forecasts lower sales than analysts thought for the third quarter, but Vroom is no write-off. It was worth $8 billion in market capitalization at Wednesday’s closing market price, more than three times its value when the IPO priced only two months ago. A roughly 20% selloff in New York morning trade on Thursday is little more than a tap on the brakes, and boss Paul Hennessy says demand has snapped back.

Like other businesses, Vroom still faces coronavirus challenges. But the car business is overdue for more digital sales anyway – a trend certainly accelerated by post-Covid distancing preferences. (By Richard Beales)

In your face, Finland. What country is best positioned to capitalize on work-from-home policies in a world raging with Covid-19? That would be Estonia, the tiny Baltic republic in eastern Europe bordering Russia. The country of 1.4 million people, about one-sixth the size of New York City, announced on Wednesday a Digital Nomad Visa that will allow people to live in Estonia for up to a year and work remotely.

Turns out Americans are eager to jump across the pond. A survey published by E-Residency, the division of the Estonian government that doles out digital IDs, found that nearly 60% of the respondents have their sights set on Europe, making it more popular than Australia. Estonia, which in the past years has had a major problem with population decline due to a drop in fertility rates, is happy to point out the cost of living is almost a quarter less on average than it is stateside. The cruel twist is that the United States has botched its response to the coronavirus so badly, Americans pining for adventure will have to wait until the EU lifts travel restrictions. (By Jennifer Saba)

Bulking up. Restaurants are putting on the equivalent of the Covid-19. FAT Brands, owner of Hurricane Grill & Wings and the Ponderosa and Bonanza Steakhouses, agreed to buy 1950s-themed diner chain Johnny Rockets for $25 million. That comes as casual dining chains suffer from their patrons remaining wary of in-person eating. Challenges have prompted S&P Global Ratings to give almost 80% of North American restaurants and retailers with speculative grade credit a negative outlook.

FAT is buying the company from private equity firm Sun Capital Partners. As a strategic, rather than strictly financial buyer, it should be able to drum up cost savings the previous owners couldn’t glean. But any success hinges on a pick-up in food delivery. And aspects of its low-cost dining locations, like Ponderosa’s buffet and Johnny Rocket’s “escape-from-the-ordinary-experience”, don’t exactly carry in an Uber Eats car. Layering on new chains can help to an extent, but restaurant deals in a pandemic may be the equivalent of eating empty calories. (By Lauren Silva Laughlin)

Ratings fig leaf. China wants to remove a requirement that companies get bonds rated. It could help firms hit hard by the pandemic to raise funds faster, though it will hardly encourage lenders to lower the interest rates they charge. The China Securities Regulatory Commission is seeking public opinion on the move as part of Beijing’s broader effort to deepen its capital markets.

Officials want investors to rely less on overly optimistic ratings and to do their own homework: Data from 2018 show that 97% of Chinese corporate bonds were rated AA or above, compared with 2% in the United States. It’s an odd fix to a credit rating agency problem. The proposed rule change covers exchange-traded bonds, not those in the far larger interbank market. Still, removing a fig leaf from some bonds could help others see what they are missing. (By Jennifer Hughes)

Dutch courage. Insurer Aegon’s shares fell as much as 14% on Thursday after it slashed its future dividends and withdrew financial targets for this year and next, partly due to the fallout from Covid-19. The Hague-based group said net income in the first half fell to 202 million euros from 617 million euros in 2019, and it took charges of 1.1 billion euros in part because of changes in assumptions for U.S. mortality rates and long-term bond yields.

Aegon was already struggling before the pandemic, with modelling gaffes and swings in its capital spooking investors. Chief Executive Lard Friese, who took over in May, is at least taking tough decisions. He is conserving cash to build capital and hinting at disposals to streamline the group, whose shares have fallen by over a third this year. Turning around complex insurers like Aegon is an arduous and lengthy process, even when there’s no crisis. (By Neil Unmack)

People gather at a viewpoint looking at St. Olaf's Church in the Old Town of Tallinn, Estonia, August 13, 2018.