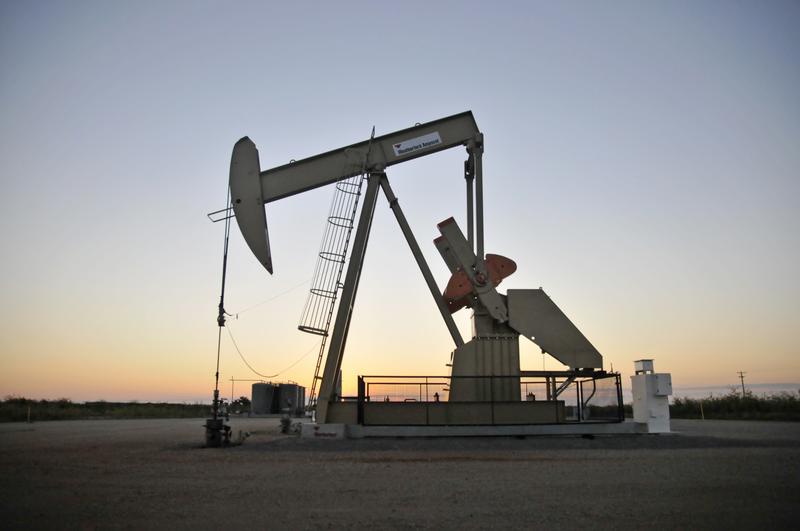 Mixed M&A energy. The latest merger between two Permian Basin oil drillers contains just about everything investors need as the industry deals with a coronavirus-induced demand shock. Devon Energy Chief Executive David Hager said Monday’s almost $2.6 billion agreed purchase of WPX Energy will be “immediately accretive on virtually every relevant financial metric in year one.” Some $575 million in savings help; those are worth as much as $4.5 billion taxed and capitalized, or some 75% of the combined market value of the two firms on Friday.

The two are touting environmental credentials, too, a tough sell for companies that extract polluting hydrocarbons. Devon scores better on sustainability metrics than most U.S. fossil-fuel peers but still only gets a B grade from nonprofit CDP. The cost cuts aren’t as spectacular as they look, either, as they include what each firm already pledged on its own. Still, both stocks went up sharply on Monday; an existential problem shared is an existential problem halved. (By Antony Currie)

Be like ShipBob. SoftBank Group may help a wannabe Amazon.com grow up. Masayoshi Son’s Vision Fund 2 has invested $68 million in Chicago-based ShipBob, a logistics and shipping company that helps small and midsize companies deliver their wares with speed and pricing similar to Jeff Bezos’s $1.6 trillion empire. ShipBob hopes to use the SoftBank money to add two more U.S. facilities this year and then 10 more across the globe in 2021.

Unlike some SoftBank investments, this one has promise. E-commerce is growing rapidly even as overall retail sales stagnate thanks to Covid-19 forcing people to stay in their homes. But mom-and-pop-style firms tend to struggle to compete with Amazon’s fast shipping speeds. That’s where ShipBob comes in. Amazon may fight back, but SoftBank has shown it is willing to back money-losing enterprises to gain market share. That’s just what ShipBob needs in its back pocket. (By Lauren Silva Laughlin)

Subordinate prime. Amazon.com is pressing ahead with its manufactured “Prime Day” for Oct. 13 and 14. The shopping event devised to lure consumers with deals during a lull in the calendar was postponed in July because of the pandemic.

The question that raises is why Amazon even bothers with the extravaganza, given the extent to which Jeff Bezos’ outfit has wiped the floor with rivals during the coronavirus pandemic. A survey from Bank of America published on Monday found broadly that nearly one-third of respondents are doing 60% of their shopping online versus 9% pre-Covid. Six out of 10 surveyed plan to spend more online in the future.

Besides, Amazon has Prime members locked up “at the highest level” Bank of America has seen, with almost 80% of respondents “unlikely” or “very unlikely” to cancel their membership. When every day is Prime day, why make it a holiday? (By Jennifer Saba)

Ride out the storm. Uber Technologies has received a timely boost in London, where a judge deemed it “fit and proper” to continue operating its services. The verdict follows a decision last November by Transport for London to suspend Uber’s license over safety concerns. It’s a rare bit of good news for Uber Chief Executive Dara Khosrowshahi, who in August reported a 67% year-on-year decline in quarterly revenue because of the pandemic.

There are reasons to be cautious. Uber will have to renew its license after 18 months and has had its permit pulled twice in just three years. The judge also said he expected Uber and rivals to improve their operating standards “perhaps even more”. Yet, with London facing a second wave of coronavirus infections, and travellers likely to keep shunning buses and trains, both Mayor Sadiq Khan and Uber itself have an interest in keeping taxis on the road. (By Karen Kwok)

Manfred the man. Running Commerzbank is one of the least enviable jobs in banking. Yet the 5 billion euro group’s incoming Chief Executive Manfred Knof at least has experience of working at a bloated, dysfunctional German lender – he joins from Deutsche Bank, where he ran the domestic retail operations. The task is huge: steer Commerz through the fog of coronavirus bad debt, close little-used branches, prune the commercial bank, and eventually fashion a merger – potentially with his current employer.

The question is whether he’ll really be the one calling the shots given the bank’s noisy board and investor base. In addition to new Chairman Hans-Joerg Vetter, there’s pushy U.S. fund Cerberus Capital Management, powerful labour unions and a 16% government shareholder. As if starting a job in the middle of a pandemic wasn’t already hard enough. (By Liam Proud)

Red or black. Lockdowns this year emptied out William Hill’s betting shops, and pushed punters onto the UK bookie’s smartphone app. Many appear to have also piled into the company’s stock on Friday. Shares rose about 43% after it disclosed that buyout firm Apollo Global Management and U.S. casino operator Caesars Entertainment had both made takeover approaches.

Even at the time, that seemed excessive. Sure enough, William Hill and Caesars said on Monday that the possible cash offer was more like 2.9 billion pounds, below the 3.3 billion pounds level to which punters had bid up the price. Caesars Chief Executive Tom Reeg has also pulled a canny move: He’ll ditch a U.S. joint venture if Apollo buys the bookie, essentially destroying the William Hill investment case. A bidding war appears unlikely. Punters had better stick with soccer. (By Liam Proud)

China accelerates. The world’s largest car market can almost see the slowdown in its rear-view mirror. The pandemic followed a painful contraction in industry sales in 2019, and pent-up demand from buyers might have fuelled a recent recovery. But as executives gather in person for the Auto China show, there are grounds for optimism. After five months of sales growth, some carmakers, including Toyota Motor, forecast positive figures in the market for the full year.

Spoils aren’t evenly spread. Big, bling models and cleaner cars are ahead. The latest data dump showed sales of new-energy vehicles up by around a quarter in August, compared to a year earlier. Consumers’ plans to buy premium rides were “off the charts” in Bernstein’s September survey. Yet the same research reported close to half the respondents delaying purchases, while a third reduced their budget. The mass market isn’t quite a full throttle. (By Katrina Hamlin)