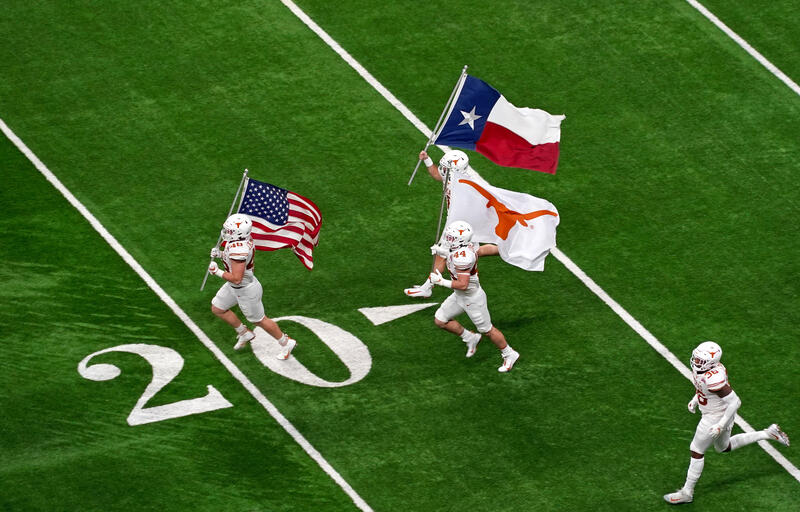 Golden pigskin. The University of Texas, home to the highest grossing college football program, is handing fired head coach Tom Herman over $15 million as it offers new hire Steve Sarkisian over $34 million. This isn’t an isolated incident. The top U.S. college football programs have paid out around $65 million to yanked coaches this season, according to Bloomberg, even after Covid-19 torpedoed revenue.

It reflects a nationwide talent arms race that looks a bit like the competition for top corporate executives. Ideally, coaching compensation would come with fewer guarantees and be based more on graduation rates and student health, along with gridiron glory. But shifting priorities is tough for the same reason company boards often don’t block extravagant pay and perks, like former General Electric boss Jeff Immelt’s two jets: fear of falling behind.

Container enthusiasm. With their vast, lumbering vessels, shipping companies are unlikely additions to the whirring cogs of the gig economy. Yet under virus-imposed lockdowns, giants like $44 billion Maersk have rarely had it so good. The Danish company said on Wednesday that demand from pent-up consumers for everything from running machines to furniture, most of which moves by sea before Amazon.com ferries it to the doorstep, was so high the world was running out of containers.

That means sky-high shipping rates and, given low fuel prices, bumper returns for investors. Refinitiv forecasts show revenue will rise 1% this year, but operating costs could fall by a third. Hence Maersk’s 2020 operating profit should soar to $4.2 billion, against $1.7 billion in 2019. Post-viral recessions may delay progress, but economic slowdowns will also curb fuel costs. Little wonder Maersk shares are up by two-thirds since February. (By Ed Cropley)

Event horizon. The online conference may have booked itself a permanent seat in the post-pandemic world. Hit by lockdowns across its markets last year, UK-listed Informa, the world’s biggest conflab coordinator, managed to flip more than 500 in-person events to the virtual variety. The 8 billion pound outfit still reckons 2020 revenue is likely to be 42% lower than in the previous year, at just 1.7 billion pounds. Without its surprise online successes, however, the hit would have been worse.

The best news for Informa shareholders is that humans still prefer face-to-face contact. Demand for “real” conferences has recovered quickly in countries, like China, that contained the virus. The bad news is that in 2021 debt-laden companies will be pickier about bankrolling employee junkets, forcing Informa and rivals to focus their efforts on industry-leading events. Prominent get-togethers like Informa’s “World of Concrete” look set in stone. Less tangible gatherings may stay virtual. (By Ed Cropley)

Wartime mode. China’s recent rash of Covid-19 outbreaks should concern those still waiting for local consumption to come roaring back. Authorities have declared that Beijing’s neighbouring Hebei province, which has 75 million people, has entered “wartime mode” after reporting 19 virus cases in the first four days of January. It banned gatherings in the province’s capital, shut sections of highways and ordered all residents to get tested. In northeast China, the city of Dalian also barred residents of areas designated as risky from travelling after new local infections were reported.

These flare-ups are small in number, but the draconian measures authorities are imposing to stop the virus from spreading are freezing movement and delivering outsized economic shocks. On Wednesday, a private business survey showed that China’s services sector growth slowed in December on weak consumer confidence. Better a quick sting than a long ache, goes the Chinese saying. But global brands banking on a steady recovery may be taken on a roller-coaster ride. (By Yawen Chen)

Electric shock. The UK auto industry faces a slippery road ahead. Car registrations for 2020 fell by 29.4% year-on-year to 1.63 million, according to figures released on Wednesday by the Society of Motor Manufacturers and Traders. However, the proportion of hybrid and battery vehicles roughly tripled to more than one in 10 as sales in their respective niches rose by 91% and 186%.

Booming electric demand is a mixed blessing for Britain-based companies such as Nissan Motor, BMW and Jaguar Land Rover. While they recently managed to avoid tariffs on European Union exports – which account for roughly half of total production – the UK needs to increase battery capacity to meet new export rules. Based on a domestic production target of 1 million electric vehicles by 2030, the SMMT reckons 60 gigawatt hours per year is required – compared to current projections of just 15 GWh in 2024. Prime Minister Boris Johnson’s campaign to persuade automakers to stay has only begun. (By Christopher Thompson)

Members of the Texas Longhorns take the field before a game against the Colorado Buffaloes at Alamodome in San Antonio, Texas on December 29, 2020.