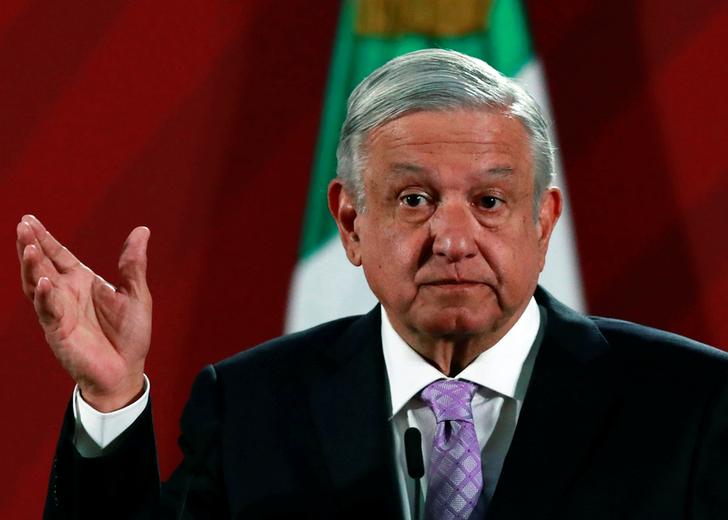 Sacred cowpox. Latin American pension reform is getting a pandemic makeover. Mexico President Andres Manuel Lopez Obrador released a plan on Wednesday to boost the average retiree benefit by 40%, while ratcheting up employers’ contributions by roughly 270%. The business community supported him, wanting macroeconomic stability and worried that the populist leader might take a more radical stance.

Then there’s Chile. Its private pension scheme, which began under dictator Augusto Pinochet, has long been a political hot potato. On Wednesday, the senate voted to allow Chileans to withdraw 10% of their savings from the system, over President Sebastian Piñera’s strong opposition. The massive private savings pool has helped spur investment and development. But over 80% of Chileans supported the amendment.

Concerns about inequality that have metastasized during the coronavirus emergency helped AMLO further his agenda on this issue. For Piñera and others, though, the health crisis is another threat to their pre-crisis script. (By Anna Szymanski)

Passive attack. The Covid-19 crisis has had one benefit for embattled UK bosses. The number of campaigns by activist shareholders in British companies more than halved in the first five months of the year to 14 from 32 in the same period in 2019, according to a report by publication Activist Insight.

There are signs that activism is already bouncing back. Cevian Capital, for example, announced in June that it had acquired a 5.4% stake in struggling education group Pearson. Still, the pandemic’s legacy of higher unemployment and stretched balance sheets means demands from uppity shareholders for companies to gear up and cut costs may gain less traction. One area of activism is thriving, however. Campaigns by so-called short-sellers, who bet against a company’s share price, rose sixfold in the first five months of the year to six, Activist Insight reckons. Bosses can’t relax too much. (By Neil Unmack)

Jope against Jope. Covid-19 hasn’t been so bad for consumer goods groups after all. Magnum maker Unilever’s underlying revenue in the first half of 2020 was down just 0.1% compared with the same period last year. Drinks group Pernod Ricard now expects operating profit to decline 15% to the year ending in June, instead of 20%, due to strong supermarket sales and cost-cutting. Investors who claim to be looking ahead nonetheless celebrated. Unilever shares jumped almost 8% on Thursday morning, while Pernod Ricard was up 2.5%.

Companies have left room for surprises by suspending their usual guidance about performance in recent months. Still, the pandemic has exposed the vulnerabilities in $150 billion Unilever’s portfolio: Chief Executive Alan Jope oversaw an almost 2% drop in underlying revenue in foods and refreshment. Continued uncertainty about the pace of any recovery also means a celebratory Cornetto or a glass of Perrier-Jouët may be premature. (By Dasha Afanasieva)

Delayed diagnoses. Iatrophobia is a fear of seeing the doctor. The relatively rare anxiety disorder moved into the mainstream on Thursday as Roche said its second-quarter sales fell nearly 10% as patients avoided eye doctors and diagnostic tests. The pandemic has overwhelmed medical centres in America, Britain, Spain and Italy, where routine hospital appointments, tests and surgeries have been cancelled to alleviate the strain. The impact on Roche was most acute in May, when its sales collapsed by 15%.

The $245 billion company reckons the worst is over. Patients have started returning to hospitals in June and July, allowing Roche to maintain its full-year profit outlook. But a second wave of the coronavirus could resuscitate the damaging trend.  The company’s shares fell nearly 3% on Thursday morning. Drug companies have largely benefitted from the pandemic, but as long as the fear of Covid-19 stalks hospital hallways, earnings will be vulnerable. (By Aimee Donnellan)

Silver linings. Dismal trade has pushed South Korea into its first recession in nearly two decades. Output in the March to June quarter dipped 2.9% from a year earlier, dragged down by a massive 14% year-on-year drop in exports. There are signs, though, that a modest turnaround is underway: exports for the first 20 days of July fell just 7% year-on-year, an encouraging improvement from the previous month’s 17% contraction.

What’s more, Chinese demand for semiconductors and other products is on the mend. Domestically, private consumption even inched up 1.4% from the previous quarter, as social distancing restrictions eased and fiscal stimulus kicked in. Analysts at Capital Economics now expect full-year GDP to fall 1.5%. For an outward-facing economy weathering a global recession and pandemic, that’s not too bad. (By Robyn Mak)