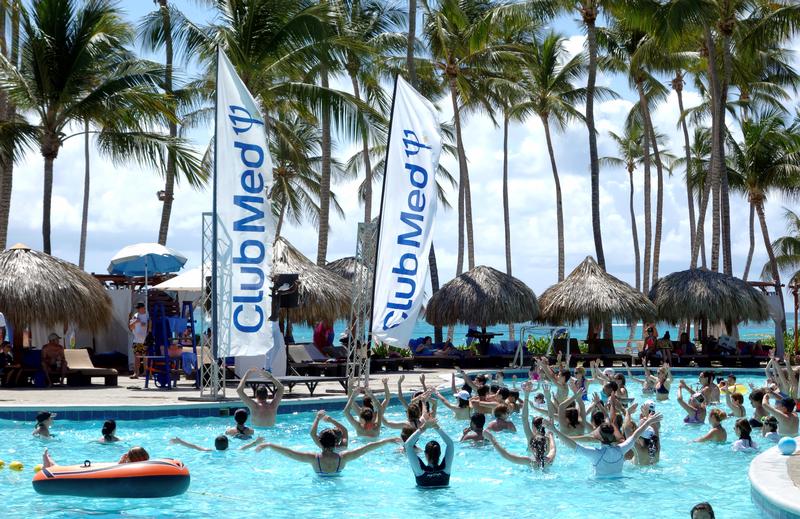 All for one. President Donald Trump is taking an America-first approach to treating Covid-19. The U.S. government has acquired nearly all the supplies of potential treatment remdesivir, through September. The Department of Health and Human Services said on Monday it bought more than 500,000 treatment courses from Gilead Sciences, including all of its July production and 90% for August and September.

It continues the White House’s go-it-alone strategy. In May, it skipped a fundraising conference hosted by the European Union to find a coronavirus vaccine. Japan, Norway and even pop icon Madonna contributed to the $8 billion total. That’s a smart approach because the virus knows no borders.

Being selfish in a pandemic could come back to bite the United States. In clinical trials, remdesivir cut the recovery time for hospitalized patients by four days. If another country finds a more effective treatment, it may not be willing to share with Uncle Sam. (By Gina Chon)

Holiday hell. Hundreds of millions of canceled holidays are more than an inconvenience. A report from the United Nations on Wednesday put the economic value of lost international tourism at up to $3.3 trillion – assuming a one-year global standstill. That factors in not just tourism but the indirect effect on industries from agriculture to construction.

The losses aren’t equally shared. The United States has most to lose – $187 billion even in a “moderate” four-month standstill. But Jamaica has furthest to fall, with an 11% loss of GDP. In the most severe scenario, the Caribbean island could lose almost half of its unskilled jobs, and Thailand one-third.

In countries like the United States and China, some locals who would otherwise spend generously elsewhere will take trips at home, replacing some lost tourist business. Other countries can’t even rely on that consolation. Once again with Covid-19, it’s the most vulnerable that will be left holding the bag. (By John Foley)

Siren call. UK Chancellor Rishi Sunak may have dodged a Richard Branson-shaped custard pie. In April the bearded billionaire predicted Virgin Atlantic would collapse without 500 million pounds of state support. Sunak remained unmoved. As Breakingviews argued, Branson needed to look harder down the back of his own sofa before calling on taxpayers. Fast-forward three months and the airline is digging itself out of its financial hole unaided, the Financial Times reported on Wednesday.

Virgin Atlantic may not be totally out of the woods. It’s getting up to 250 million pounds from new investors, while Branson is throwing in 200 million pounds funded by the sale of some of his Virgin Galactic space-tourism venture. That’s only slightly more than Virgin Atlantic’s 2018 salary bill. Even after 30% staff reductions and 550 million pounds of deferred payments and additional leeway from creditors, its financial future remains uncertain. Sunak’s help may yet be required. (By Ed Cropley)

Glass half empty. Bank of England Chief Economist Andy Haldane’s optimism that the UK economy is on course for a V-shaped recovery has been quickly countered by fellow rate-setter Jonathan Haskel. The latter on Wednesday warned of the risks of a deeper slowdown and cited worries about the outlook for the labour market. Granted, Haldane had a day earlier acknowledged the possibility of a negative feedback loop from higher unemployment to lower spending. But he preferred to stress survey evidence that supported a more positive dynamic that would see higher spending lead to lower unemployment.

Different data suggests Haskel has more of a point. A furlough scheme has cushioned Britain’s labour market. But only one-sixth of UK workers exiting furlough are returning to work as normal, according to a Bank of America survey. The majority reported changes like layoffs, employers folding, or pay cuts. Optimism looks premature. (By Swaha Pattanaik)

Waist limit. This may be as good as it gets for General Mills. The Progresso soup, Lucky Charms cereal, and Betty Crocker cake maker said revenue for the quarter ending May 31 increased 21% compared to the same period last year. Earnings surpassed analysts’ estimates according to Refinitiv figures.

Yet General Mills decided not to give annual guidance, saying growth would depend on how long the pandemic lasts, which is uncertain. The implied subtext: People may not need – or want to eat – more stockpiled soup and frozen pizza when they can get out and about. The shares fell slightly, but are still up 17% for the year. Investors may feel stuffed with General Mills stock too. (By Robert Cyran)

State support. Lloyd’s of London is turning over every stone to find solutions for the next pandemic. The 334-year-old insurance market is working on a new breed of programmes –  Restart Re and Recover Re – to allow insurers to spread the risk of protecting businesses for lost revenue due to sudden crises, like virus lockdowns. Pandemic catastrophe bonds are another option.

There’s definitely a need for new solutions. Insurers’ refusal to pay out on business interruption cover after Covid-19 left many small companies in the lurch. The snag is that the cost of covering the risk of further lockdowns is hard to gauge, and likely extremely expensive. Catastrophe pandemic bonds sound good, but the market for such tools may be limited and insurance-linked securities can be unpredictable. Even Lloyd’s Chief Executive John Neal acknowledges that getting a large pandemic reinsurance programme off the ground will need governments to take a lot of the risk. (By Aimee Donnellan)

Emission critical. Sputtering oil demand and falling coal use mean energy-related carbon dioxide emissions may have already peaked in 2019, according to new research from Norwegian consultant DNV GL. Great: except it also points out that despite the virus-related drop in emissions this year, the same is needed every year to prevent global warming rising by a damaging 1.5 degrees Celsius above pre-industrial levels.

The extra year of breathing space enabled by 2020’s 8% dip in emissions remains handy: it offsets the time wasted by the virus-related cancellation of this year’s COP26 conference, at which national emissions reductions targets were supposed to be nailed down. But it’s more and more obvious that a green post-Covid recovery is not just vital for the next decade, but for the next century. (By George Hay)

Club Med banners blow in the wind beside the swimming pool at the Club Med Punta Cana vacation resort in the Dominican Republic, March 3, 2016.