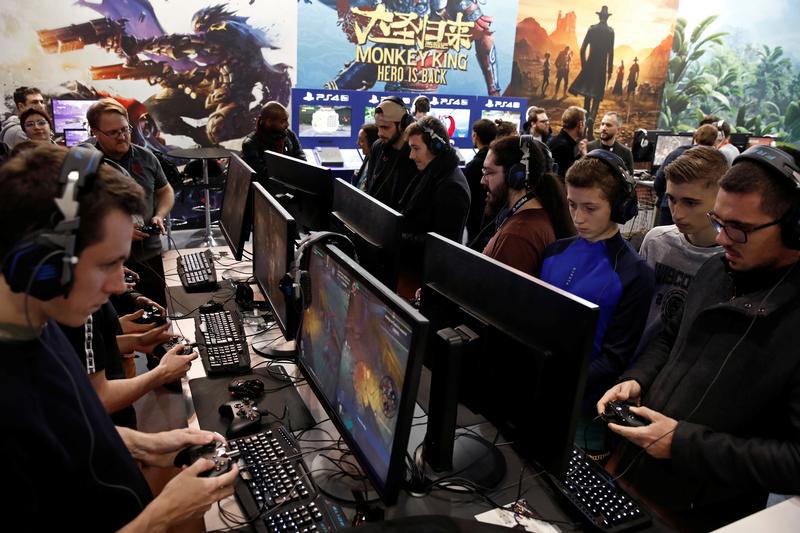 1-UP. The pandemic appears to be driving consolidation in the video games industry. Sweden’s Modern Times Group, a digital entertainment company that owns a majority stake in “Forge of Empires” maker InnoGames, announced on Tuesday it was buying mobile games maker Hutch Games for up to $375 million. The move has logic. Homebound gamers helped more than double MTG’s adjusted EBITDA from its video games division to 255 million Swedish crowns ($30 million) in the third quarter.

Behind the smile. Beauty business Puig is putting on a brave face. The family-owned company said on Wednesday it expects revenue of its beauty, fashion and perfume portfolio to grow to 3 billion euros in 2023, double what it expects to bring in this year.

The Spanish group is right to target digital sales and expansion in China for much of its growth. And spending on perfumes and cosmetics may withstand any hangover from this year’s global downturn better than pricier luxuries.

But to predict such a quick recovery and acceleration seems ambitious. Competition from groups with bigger distribution networks, like Unilever and L’Oreal, will be fierce. And air travel may take a longer-term hit, pressuring sales. Puig justified its pricey acquisition of celebrity makeup brand Charlotte Tilbury by promising to roll it out in airports. The company’s makeover may take longer than it thinks. (By Dasha Afanasieva)

All aboard! Like it or not. A Royal Caribbean “cruise to nowhere” was forced to quarantine guests in their cabins and return to port in Singapore on Wednesday after a passenger tested positive for Covid-19, Reuters reported, cutting short its original four-day excursion bobbing around the sea. It’s a fresh hitch for Singapore, whose mooted travel bubble with Hong Kong has been repeatedly delayed.

Shares of Royal Caribbean Cruises have fallen nearly 40% year-to-date; rival Carnival is down over 50%. Industry recovery is not expected until 2021 at the earliest, with total revenue projected at less than one-third of 2019 levels, UBS analysts forecast in April. A core constituency of shuffleboard fanatics and lounge-chair addicts appears undeterred by risks posed by closed-quarters confinement, as well as the history of past outbreaks, including that of the Diamond Princess cruise ship in Japan. But they are hardly enough to keep cruise lines financially afloat. (By Sharon Lam)

Shell’s bells. Royal Dutch Shell’s tardiness in revealing its energy transition plans may be having some adverse side effects. Four executives in its clean energy division have left or are leaving, and more could follow. While some are being replaced by credible candidates, the impression is that at least a few reckon Chief Executive Ben van Beurden’s pivot to wind and solar, when it emerges in February, won’t be radical enough.

Van Beurden’s problem is that industry-wide investment cuts mean oil prices may rise beyond their current $49 a barrel, making it more attractive to spend his $19 billion to $22 billion of annual capex chasing new oil. BP shares have underwhelmed since its September green strategy reveal, and utilities like Enel are spending large sums to keep oil majors off their renewable energy turf. Combining the best strategic direction while pleasing increasingly green investors and Shell’s own employees is going to be tough. (By George Hay)

Plane selling. For airlines, 2020 has been the year of the sale and leaseback. But their desperation for up-front cash means carriers have been in no position to set the terms. Take Virgin Atlantic. British entrepreneur Richard Branson’s red-tailed airline has flogged two state-of-the-art Boeing 787 Dreamliner jets for around $45 million apiece, according to Sky News. Bain Capital-backed buyer Griffin Global Asset Management may be getting a bargain.

Brand new, even the cheapest Dreamliner sets you back a cool $248 million. Admittedly, nobody pays list price for an aircraft. But even if Branson secured a very generous 50% discount on the original purchase, he’s offloading them for well under half that. Nor will the planes be end-of-life bangers – the Dreamliner only entered commercial service in 2011. Of course, if the extra cash in Virgin’s financial tank gets it through the crisis, that may be money well spent. (By Ed Cropley)