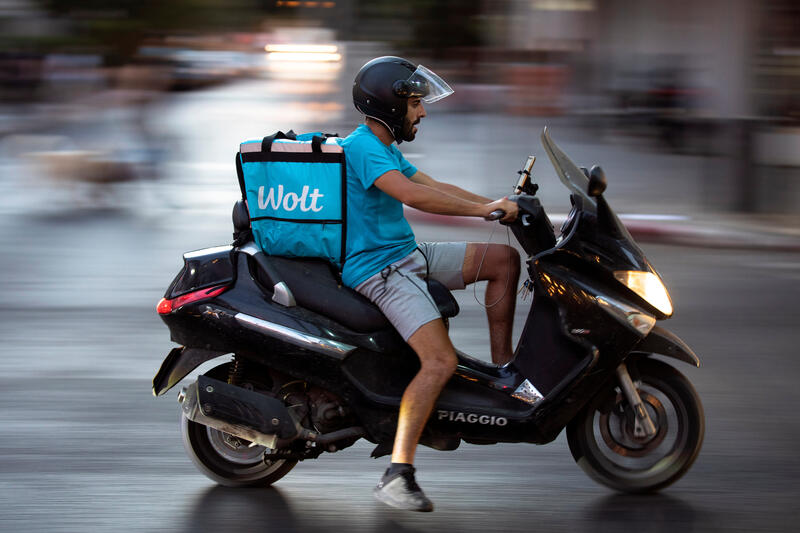 Tiger food. Hedge fund Tiger Global has developed an appetite for European meal-delivery companies. After snapping up a 4.4% slice of $17 billion Just Eat Takeaway.com, worth around $750 million, the hedge fund on Monday participated in the latest funding round for Finnish startup Wolt, alongside KKR, Prosus and others. Tiger Global invested in U.S.-based Postmates before it was acquired by Uber Technologies as well as in Indian food delivery startup Zomato.

The pandemic has turbocharged the food delivery industry. At Wolt, for example, revenue tripled to a preliminary $345 million in 2020 compared to a year earlier. But it’s still a cash-burning business with a net loss of $45 million. Sector rivals have the same problem, raising questions about long-term profitability – especially once Covid-19 fades in significance.

Tiger Global made over $10 billion in gains for investors last year, more than any other top echelon fund, according to LCH Investments. The fund’s interest in the spicy sector is a vote of confidence. (By Karen Kwok)

Reading the runes. Homebound gamers have pushed the online industry’s revenue to record levels. The question is whether players will stick around once coronavirus restrictions are eventually relaxed. Private equity giant Carlyle seems to think they will. It said on Monday that it had acquired Jagex, the UK-based developer of fantasy game “RuneScape”. Financial terms were not disclosed, but it’s reasonable to assume U.S.-based asset manager Macarthur Fortune, which bought Jagex for $530 million only last April, will have been looking for a profitable flip.

The 20-year-old game – a cult pastime in early-noughties schoolyards – is still going strong. Carlyle says it has 1.2 million members paying as much as $100 a year for access to different quests and new attributes for their characters. The deal is also a vote of confidence in games that double up as places to hang out, like Nintendo’s “Animal Crossing” and Epic Games’ “Fortnite”, which in December had its busiest month since August 2019, according to SuperData. As video games increasingly compete for attention with movies, TV and social media, Carlyle has put a new bet on an old classic. (By Oliver Taslic)

Inequality virus. The pandemic is spreading its costs unequally across the world’s population. Between mid-March and the end of December 2020, the world’s 10 richest billionaires, including Amazon.com’s boss Jeff Bezos and LVMH tycoon Bernard Arnault, increased their collective wealth by $540 billion, an Oxfam analysis of Forbes data shows. That’s nearly four times the cost of delivering two doses of any Covid-19 vaccine to the world’s population, which the UK-based charity estimates at $141 billion, assuming a cost per single dose of around $9.

True, the world’s richest had initially felt some pain. The top 1,000 billionaires’ wealth jointly shrank by some 30% within the first month of the pandemic hitting the West. But it recovered over nine months. For the poorest, the impact could be felt for a decade, a World Bank report suggests. While vaccines being rolled out may eradicate Covid-19, beating the inequality virus will be a tougher fight. (By Lisa Jucca)

Sinking feeling. For Europe’s airlines, 2021 has got off to a no-fly start. Far from enjoying a bounce from rapid vaccine rollouts, carriers are grappling tighter movement controls against mutating strains of the virus. Adding insult to injury, Britain’s advertising watchdog red-carded low-cost operator Ryanair for its typically ebullient “Jab & Go” campaign to get young holidaymakers back in the air.

With Prime Minister Boris Johnson talking tough about UK quarantines, London-listed stocks understandably bore the heaviest bruises. British Airways parent IAG lost 8%. In keeping with Covid-19’s transnational nature, Germany’s Lufthansa and Air France-KLM also shed 4%. The promotional setback for Ryanair, now down 14% this year, is also more than symbolic. Chief Executive Michael O’Leary had been banking on young sun-seekers packing summer schedules. Yet that demographic is unlikely to hit the front of the vaccine queue before autumn. Another summer of discontent may lie ahead. (By Ed Cropley)

Augean stables. Reforming France’s biggest utility may have been a labour too far even for Hercules. On Monday, shares in Paris-listed power company Électricité de France fell by 17% following local media reports of a delay to its restructuring project named after the Greek demigod. The French government is currently locked in talks with the European Union to potentially introduce higher prices for EDF’s nuclear output, which accounts for a majority of the national energy mix. Shareholders hoping for a deal with Brussels in the first half may have to wait an additional six months or longer.

Stronger pricing is seen as key by investors to ringfencing EDF’s cash-guzzling nuclear power stations and a prerequisite to spinning off its prized renewables arm. Prior to Monday, EDF shares had risen by a third over the preceding six months, compared to a nearly 10% increase in the benchmark STOXX Europe 600 Utilities index. The vaporisation of nearly 7 billion euros of market value illustrates the cost of prematurely getting their hopes up. (By Christopher Thompson)

Far from normal. At a time when the global elite should be gathered at a Swiss ski resort, the World Economic Forum has instead kicked off a virtual shindig, with China’s Xi Jinping scheduled to give a special address later today. The Davos Agenda has a pandemic-appropriate theme: “A Crucial Year to Rebuild Trust”. But even as countries face rising public debt and worsening inequality, topics like “fairer economies” and “beyond geopolitics” sound depressingly familiar and unlikely to yield real solutions.

Plans for an in-person special annual meeting in Singapore in May also look optimistic. International borders are hardening up as governments seek to keep out new virus strains. So while leaders like Xi, Germany’s Angela Merkel and India’s Narendra Modi will all speak at the event that aims to celebrate globalisation, there is no hiding the fact that the world is lurching deeper towards isolationism. (By Una Galani)

Retail rumble. Online retailers are finding rich pickings on Britain’s ailing high street. Fast-fashion company Boohoo bought the Debenhams brand for 55 million pounds on Monday. The deal includes all of the bankrupt British chain’s brands, customer lists and websites. But it does not include items like stock, stores or a promise to safeguard jobs.

The buyout looks relatively low-risk for Boohoo, which saw its shares rise 4% on the news. Chief Executive John Lyttle gets a ready-made online sales platform that can act as a shop window for the 4 billion pound company’s own brands, as well as Debenhams marques including Mantaray, Principles and Maine. The deal also looks cheap. Boohoo’s outlay is just one-seventh of Debenhams’ reported online net revenue of 400 million pounds last year. Previous brand deals have cost Lyttle around 1 times revenue. At these prices, more shopping sprees are sure to follow. (By Aimee Donnellan)

Jeux d’amour. National stereotypes say the French have perfected the art of flirtation. Not so Paris-listed water-and-waste group Suez, whose efforts to repel aspiring suitor Veolia received a boost on Monday from strong-second half results. A mere 1% drop in revenue was better than a forecast decline of between 2% and 4%. EBITDA of 1.6 billion euros, when combined with the 1.2 billion euros the company earned in the first half, is nearly 10% better than forecast by analysts, according to Refinitiv data. Lower net debt strengthens Chief Executive Bertrand Camus’ firm “non” to his rival and would-be seducer, Veolia boss Antoine Frérot.

Camus may simply be playing hard-to-get. Despite scorning Veolia’s 11 billion euro indicative takeover offer, he has opened talks with Frérot, who already owns a near 30% stake, along with paramours Ardian and Global Infrastructure Partners. The latter two infrastructure funds might still make a counter-offer – possibly forcing Frérot to up his dowry. Suez shareholders will hope the love triangle persists. (By Christopher Thompson)

A courier working with Wolt, a meal delivery app service, rides a scooter as he delivers an order from a restaurant, amid the coronavirus disease (COVID-19) crisis, in Tel Aviv, Israel July 9, 2020.