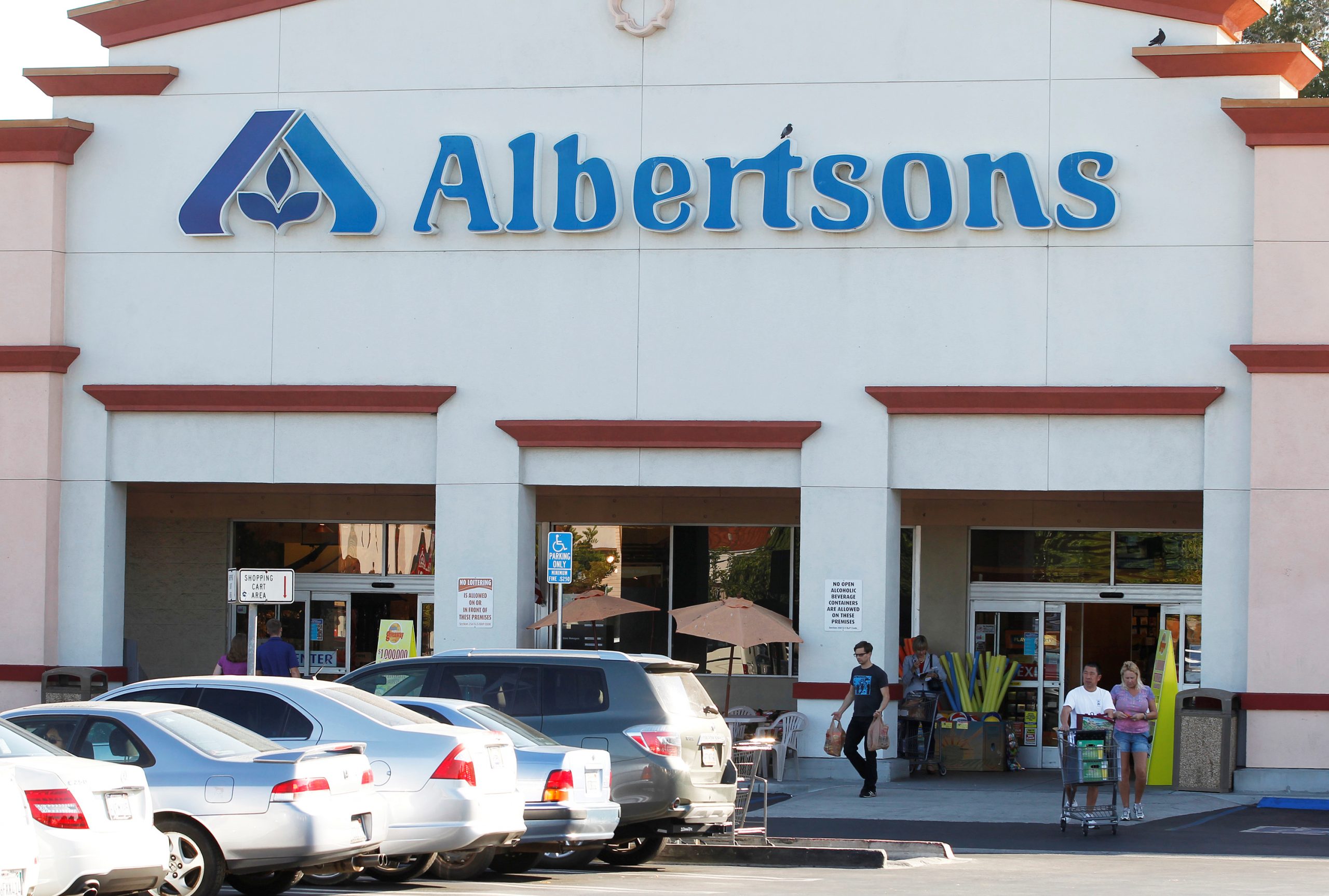 Signal in the noise. The 2020 U.S. bond issuance story was pretty simple: basically everything skyrocketed. Companies borrowed a record-breaking $2.3 trillion, a 60% increase versus 2019, according to recently released figures from the Securities Industry and Financial Markets Association. Federal Reserve Chair Jay Powell’s intervention to support the economy with massive bond-buying helped create this bonanza, as yields fell and investors’ appetite for risk grew.

Rising U.S. private debt levels as a percentage of GDP, including borrowing by non-financial businesses and individuals, have historically coincided with financial crises. Before the Covid-19 lockdowns, the total was under 150% of GDP, well below the level in the second quarter of 2009, according to the Federal Reserve. But in the second quarter last year, it topped the peak after the global meltdown just over a decade ago. It was still hovering above 160% for the third quarter of 2020. Reduced corporate emergency borrowing as the coronavirus wanes plus recovering GDP should bring it down. If it starts creeping up, alarm bells should ring. (By Anna Szymanski)

That’s partly thanks to companies extending work-from-home policies, indefinitely in some cases. Breakfast and lunch items, from cereal and eggs to sandwich cheese and salads, are selling well. Supermarkets everywhere are benefiting, though Albertsons has managed to supercharge online sales growth.

The company had to cut the price and size of its initial public offering when it floated last June. After falling below the $16 IPO price, the stock is now finally trading at around $17. No one would have wanted it, but the lingering coronavirus has helped. Larger rivals Walmart and Kroger will be looking for similar continuing tailwinds. (By Richard Beales)

Tchau. Ford Motor said on Monday that it’s putting the brakes on manufacturing autos in Brazil, ending over a century of production. While the $36 billion automaker will keep manufacturing in the region, producing cars in Brazil for its domestic market makes little sense. The country’s auto sales peaked in 2012, but were slammed as consumers were hit by the record-breaking recession that began in 2014. And then Covid-19 took an almost 6% bite out of its economy last year, according to the International Monetary Fund forecast.

The announcement is more than a speed bump for Brazil’s President Jair Bolsonaro. He racked up a deficit worth almost 17% of GDP last year, according to IMF projections, 6 percentage points higher than the regional average, making further spending to offset economic pain tougher, even with a double-digit unemployment rate. Finding his country in a job-creator’s rear-view mirror will make any type of U-turn even less likely. (By Anna Szymanski)

Turbocharged. Volkswagen’s high-voltage battle with Tesla has received a welcome jolt. The $97 billion Wolfsburg-based automaker’s cornerstone battery model – the ID.3 – bested Elon Musk’s group to become the biggest-selling electric vehicle in Europe in December, according to figures released by the company on Tuesday.

True, the brand’s tripling of its total battery rides to 134,000 last year still places it far behind Musk, which shifted half a million vehicles over the same period, although the figure doesn’t include other VW-owned marques such as Audi. But the fact that VW managed to become the electric market leader for 2020 in Germany and the Netherlands, in addition to displacing Tesla at the top of sales charts in Norway, should give the Palo Alto-based company pause for thought. Given the latter now trades on 178 times estimated 2021 earnings, according to Refinitiv data, compared to around 7 times for VW, Tesla investors may want to check their rear-view mirror. (By Christopher Thompson)

Dull but essential. Checkout.com doesn’t sound very sexy, but the London-based payment-processing company has just become Europe’s biggest privately held technology startup, according to CB Insights. On Tuesday it said its equity valuation had tripled to $15 billion in just six months, after a $450 million funding round led by hedge fund Tiger Global.

Like listed peer Adyen, Checkout.com has had a good crisis. It helps retailers such as H&M charge for online purchases, which rocketed during the pandemic. In 2019 Checkout.com generated $146 million from its UK operations. Those made up nearly half the total, and global sales since then have roughly doubled, according to one person familiar with the company. That would imply revenue of around $600 million in 2020. Checkout.com’s valuation including cash would equate to a multiple of roughly 22 times, Breakingviews calculations show. Compare that to the $65 billion Adyen, worth 76 times forecast 2020 sales, and Europe’s biggest unicorn actually looks cheap. (By Karen Kwok)

Awkward food moments. Delivery Hero is channelling the eclectic spirit of its early backer, Rocket Internet. The $33 billion Berlin-based food delivery giant on Tuesday said it had launched its own venture capital fund, DX Ventures, with 50 million euros to invest in early-stage startups in logistics, food technology and on-demand services – as well as artificial intelligence and fintech. It’s not the first time the company has done so: it has spent over 500 million euros on startups that are not directly related to its core business, such as faux-meat maker Impossible Foods and ride-hailing company Ola.

Delivery Hero’s bet is that the accelerating growth of online food delivery thanks to the pandemic means customers will depend on deliveries beyond hot meals. But Delivery Hero is still unprofitable, with expected EBITDA for 2020 of minus 610 million euros, according to Refinitiv data. Whether or not it can match the earlier success of Rocket, which bet on Europe’s now-largest retailer Zalando, is yet to be seen. (By Karen Kwok)

Game on. A deal derailed by Covid-19 is back on track with a new buyer. Buyout shop TPG has agreed to acquire Australian bowling alley and boozy mini-golf operator Funlab less than a year after an earlier sale by owner Next Capital fell through. When the pandemic forced all three-dozen Strike, Holey Moley and other branded locations to close indefinitely in March, it gave Archer Capital an out.

Lucky for Next, homebound Aussies have been keen for entertaining activities as quarantines and lockdowns lift. Crowds are returning, putting the company in line again to generate a pre-pandemic forecast of A$35 million ($27 million) of annual EBITDA. The A$250 million purchase price, according to a news article posted on Next’s website, also roughly squares with the previously agreed figure. Next expanded Funlab and quadrupled earnings over four years. As vaccines roll out, the fun may only just be getting started for TPG. (By Jeffrey Goldfarb)

Fish in a barrel. Selling beauty products to youths in lockdown is getting easier. Just look at The Hut Group, which raised its full-year 2021 revenue guidance by 10 percentage points to a range of between 30% and 35%. Shares in the 8 billion pound company, which sells retail brands like Lookfantastic and skincare brand ESPA, rose 3% on the news.

Influencers are helping to line founder Matthew Moulding’s pockets. Sales in the company’s OnDemand service, which allows quasi-celebrities to create and market product lines, grew over 80% in the fourth quarter. The fledgling business now accounts for 8% of the group’s 559 million pound fourth-quarter sales. Still, The Hut Group’s share price has grown 60% since the company’s September listing, and it awarded a 900 million pound bonus to Moulding two months after that. It needs yet more influencing for its operational numbers to keep pace with its valuation. (By Aimee Donnellan)

(This article has been officially corrected after a statement from Delivery Hero to say that the venture fund is invested in ride-hailing company Ola, not scooters rental operator Voi.)