11 May 2020 By Breakingviews columnists 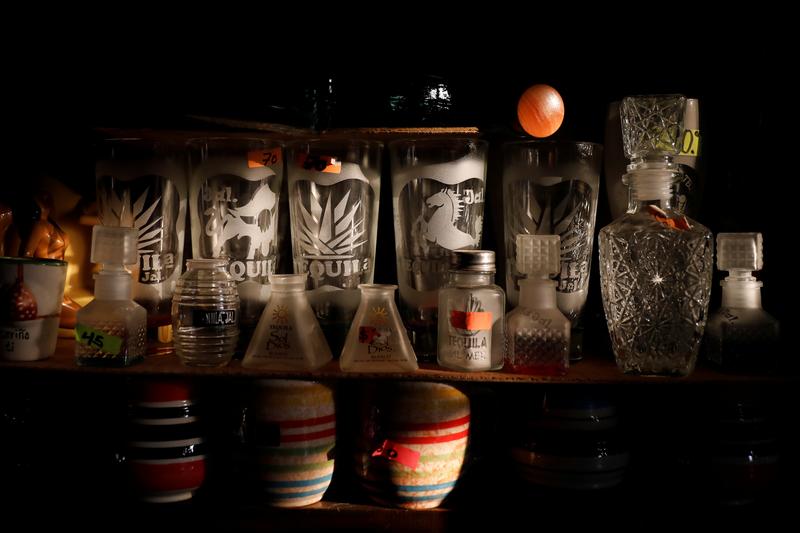 Shot in the dark. Mexico had one small reason to celebrate on Cinco de Mayo: tequila sales. Exports of the agave-based drink rose by 43% in March versus the previous year, according to data from Panjiva, a unit of S&P Global Market Intelligence last week. And Americans decided that drinking alone may not be so bad. U.S. retail sales of tequila rose 60% year-over-year in the four weeks through April 25, Nielsen reported.

Sadly, shots alone can only do so much to help Latin America’s second-largest economy, which may shrink by a whopping 6.6% this year, according to the International Monetary Fund. The country’s state-owned energy firm Pemex – which was supposed to serve as an economic engine – posted an almost $24 billion first-quarter loss. And spirit sales should suffer if temporary bar and restaurant closures become permanent. But for now, tequila may be making Mexico’s headache slightly better. (By Anna Szymanski)

Not so safe a Haven? Amazon.com, Berkshire Hathaway and JPMorgan caused a stir when they launched their healthcare joint venture two years ago. Now their high-profile pick as Haven Healthcare’s chief executive, Atul Gawande, wants to relinquish his day-to-day duties to focus on advocacy and policymaking, the Wall Street Journal reports.

Gawande appeared to have the right attributes: A surgeon, he has detailed the high costs and inefficiencies of American healthcare, and focused on incentives – exactly what Haven was supposed to be targeting. But the startup has few visible accomplishments to date.

The three companies backing the venture may be big, but the part of the economy Haven is taking on is a giant. Healthcare accounts for 18% of GDP and has multiple entrenched monopolies. Focusing on Covid-19 would certainly offer Gawande more satisfaction. A pandemic might even be easier to fight than the U.S. healthcare system. (By Robert Cyran)

A silver lining for the silver screen. Amazon.com could be mulling a takeover of AMC Entertainment, according to a May 10 article in the Daily Mail. On Monday shares in the movie-theater chain controlled by China’s Dalian Wanda soared more than 40% at one stage on rather wishful hopes Jeff Bezos is ready to splash out.

AMC is in a heap of trouble since the coronavirus brought a near total shutdown, refusing to pay landlords for instance. Its market value had cratered to just $427 million at Friday’s close. But just because something is cheap doesn’t make it a bargain. Amazon, which has a formidable video-streaming service, is churning out movies. It can pick or choose whether it wants to screen them in theaters – Netflix does the same. There’s no reason for the e-commerce giant to tie itself to cinema real estate, especially with the future of movie-going looking dark even before Covid-19. (By Jennifer Saba)

Cry me a lira. Turkey has reversed a ban on BNP Paribas, Citigroup and UBS trading the lira having only announced it on Thursday, the same day the currency hit record lows. Regulators are still investigating allegations that the banks’ trading activities and failure to meet their lira liabilities had contributed to the currency’s collapse last week.

The ban always looked like a long shot, as Ankara would have struggled to curb trading in foreign markets. Still, the decision seems to have helped. On Monday the currency firmed slightly. It’s only a short-term boost for President Tayyip Erdogan. His cajoling of the central bank to keep rates low has caused investors to dump the lira. With foreign currency reserves dwindling, he will need to find ways to boost the currency by the back door, such as trading restrictions. The little that’s left of the central bank’s credibility will pay the price. (By Dasha Afanasieva)

Mickey is wearing a mask. Shanghai Disneyland is “full”. Tickets sold out for the Monday reopening of the theme park. Prospective visitors were undeterred by social-distancing measures in queues and restaurants and the need to brandish an approved health QR code. But Mickey Mouse and friends can only welcome 24,000 people, in keeping with Chinese government requirements to cap attendance at 30%.

That’s less than magical for the $197 billion U.S.-listed parent Walt Disney, especially if such measures end up a prerequisite for the resumption of business elsewhere. International accounted for just 18% of parks and experiences revenue in the March quarter of 2019. Assuming the top line for that period at just one-third, operating expenses would have far exceeded revenue from the global parks, experiences and products division. That’s slim pickings for the mouse. (By Sharon Lam)

Profit knell. The funeral business should be one of the few beneficiaries of the coronavirus. That’s not the case at Dignity, the UK provider of burial and cremation services, which scrapped its full-year outlook on Monday and said that operating profit had fallen 11% to 19.4 million pounds in the first quarter. The decline was largely due to customers looking for cheap funerals and eschewing luxury add-ons like polished, satin-finished coffins.

Investors should brace for more bad news. Even though the spike in the UK death rate means more funerals, government guidelines on social gatherings mean Dignity has stopped offering more expensive items like church services and limousines. And extra deaths in 2020 probably mean fewer burials in 2021 and 2022. None of this will help Dignity’s share price, which is down nearly 60% since the beginning of the year. For shareholders, funeral providers are no better than airlines. (By Aimee Donnellan)

Sticky wicket. Henkel is seeing the limited benefits of sticking together very different businesses. The German consumer-goods company on Monday announced that sales in its glue and beauty businesses fell around 4% in the first quarter, stripping out the effect of M&A and currency moves. Still, cleaning and detergent brands like Pril and Somat helped make up some of the losses: overall group sales fell less than 1% to 4.9 billion euros.

Diversification can only achieve so much. Chief Executive Carsten Knobel warned the second quarter will be even tougher for the adhesives unit, showing he expects more pain for the automotive sector on which it relies. Henkel had been the prime candidate to acquire Coty’s haircare business, but salon closures make this look less attractive. Knobel might need a plan B. (By Dasha Afanasieva)

Tequila souvenirs are seen inside a shop in Tequila, Jalisco, Mexico, April 10, 2018.