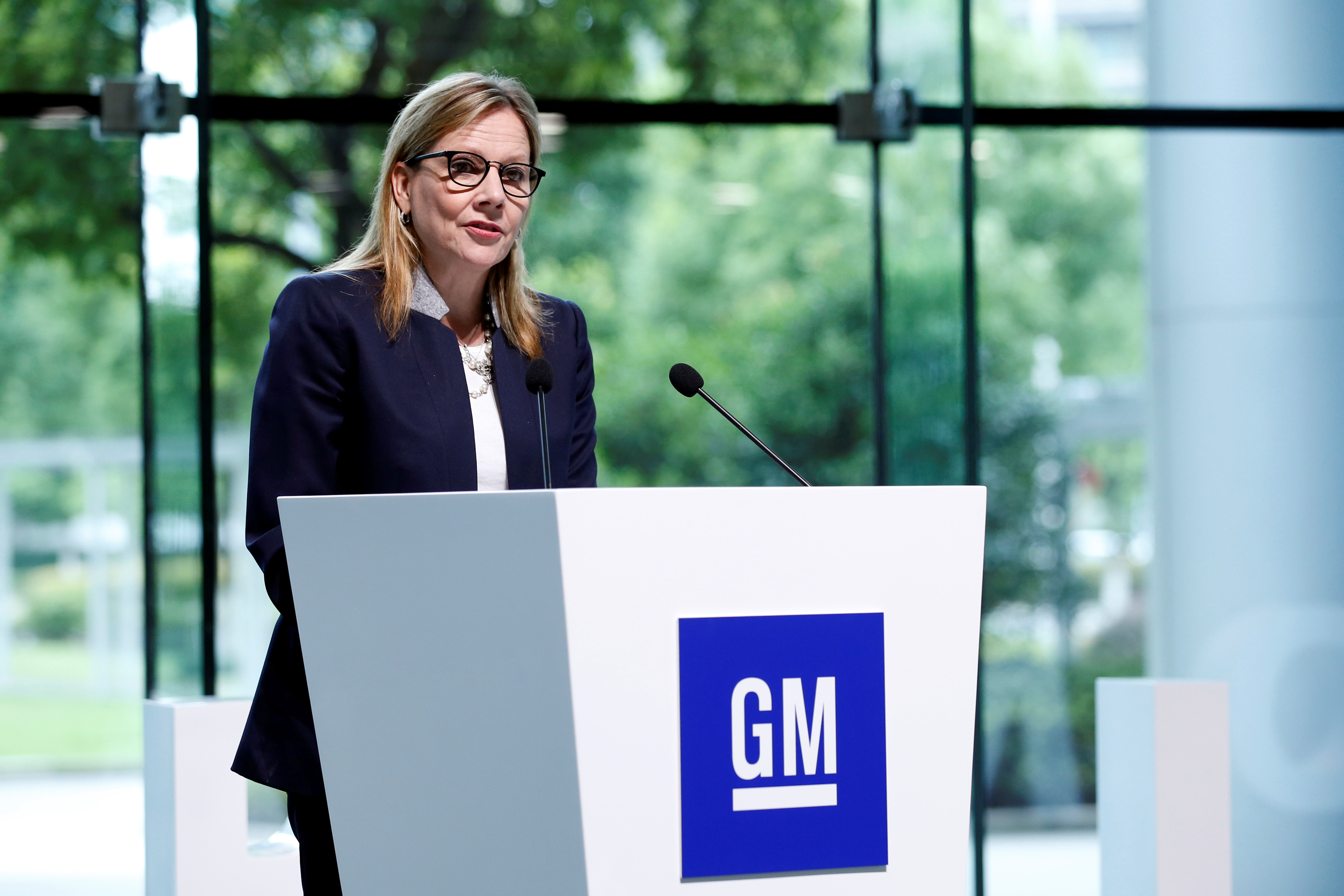 Firing on more cylinders. General Motors Chief Executive Mary Barra is giving shareholders more reasons to favor its stock over Ford Motor’s. The Detroit automaker on Wednesday reported a second-quarter loss of $756 million, far better than analysts expected, even though revenue in its all-important North America market plummeted 63%. The surprisingly small spillage of red ink comes courtesy of cost control and persuading those customers who showed up to pay more for already high-margin SUVs and light trucks.

GM has thrown down the gauntlet to rivals on a financial metric coming back into fashion. The clunkily named decremental margin describes the effect of falling revenue on operating profit. GM’s decremental margin last quarter was an admirably low 18%, all while Barra kept up investments in electric and self-driving vehicles. Ford boss Jim Hackett will have a tough time picking up the challenge when he unveils second-quarter performance on Thursday afternoon. (By Antony Currie)

Vaccine vacuum. GlaxoSmithKline is counting the hidden costs of Covid-19. The 79 billion-pound drug company’s sales fell 2% year-on-year in the second quarter to 7.6 billion pounds. That’s partly due to a fall in meningitis, hepatitis and shingles vaccinations as people steered clear of hospitals during the pandemic. Chief Executive Emma Walmsley warned that unless vaccinations recover the company’s earnings could decline by a further 5 percentage points this year.

The uncertain outlook is a headache for Walmsley. She is in the process of splitting the company in two, creating a pharmaceutical group and consumer-drugs business. But she needs to show that both can stand on their own feet. That means lots of investment and probably more dealmaking, both of which cost money. GSK has at least managed to lock in orders for 60 million doses of its potential Covid-19 vaccine from the UK government. Now it just needs to work. (By Aimee Donnellan)

Shop until you dropify. Ottawa-based Shopify reported nearly twice as much revenue in the second quarter as in the same period last year, accompanied by a 71% increase in new stores created on its platform. With bricks-and-mortar outlets still closed or at limited capacity over much of the world, it’s no wonder the small and medium-sized retailers Shopify provides with e-commerce tools – and their customers – are eager to go online.

The company’s $714 million of revenue in the quarter beat estimates, according to Reuters, and the stock surged more than 10% on Wednesday morning on the back of the numbers, taking Shopify’s market capitalization above $125 billion. It’s a Covid-19 winner, with the shares gaining more than 170% so far this year. That’s potentially good news for smaller rival BigCommerce, which on Tuesday put a cautious preliminary price on its planned initial public offering. Especially in a time of social distancing, there’s room for more than one e-commerce success story. (By Richard Beales)

The Covid ultimatum. The pandemic has accelerated another trend. Movie-theater chain AMC Entertainment will now only get exclusive access to new releases from Comcast’s Universal Pictures and Focus Features for just 17 days, down from a traditional U.S. window of around 90 days. With Comcast and other media groups increasingly distributing content through digital channels, narrowing the window was inevitable at some point.

AMC sounded a positive note, saying it will share in new digital revenue. But with screens dark thanks to the pandemic, it’s hard not to see the deal as a rearguard action – especially as the company had threatened to boycott Universal’s films after an executive at the studio’s parent talked up releasing them straight to streaming services. With Covid-19 pushing AMC’s stock down more than 40% this year and longer-term pressures making the decline over 60% in the past 12 months, three weekends of box-office exclusivity are better than nothing. (By Richard Beales)

Polly-amlo. Pemex executives see the barrel as half full. Mexico’s state-owned oil company lost roughly $2 billion in the second quarter, preliminary results on Tuesday show, as consumption and international prices tanked. But finance director Alberto Velazquez asserts that “little by little, Pemex is achieving solid results.” How is that?

Well, the loss looks better than the $24 billion first-quarter walloping, partly because of currency and accounting fluctuations. Revenue fell significantly in the second quarter. Pemex also said it reduced its debt balance in pesos for the first time in 12 years. True, but its total financial debt in dollar terms increased to over $107 billion.

Covid-19 lottery. Roche’s coronavirus drug fail is a cautionary tale for peers. The $307 billion pharmaceutical giant said on Wednesday that a trial of its existing drug Actemra that aimed to treat people with severe coronavirus-related pneumonia had failed. The result is a blow to Chief Executive Severin Schwan, who had ramped up production of the drug, originally designed for arthritis, from several hundred thousand doses to over a million.

Schwan isn’t the only one having a punt. Drug groups like AstraZeneca and Moderna are ploughing billions of euros into developing and testing vaccines. AstraZeneca announced plans to make two billion doses of its coronavirus inoculation, even though it has yet to be proven effective. Moderna has inked a billion-dose pact with manufacturer Lonza. Investors have driven their shares up 22% and 300% respectively since the beginning of the year. But like the national lottery, there are likely to be few winners. (By Aimee Donnellan)

Have test, may travel. People want to go on holidays, but they don’t want to get Covid-19, so localised increases in cases are a big problem. On Monday, the UK government told passengers returning from Spain that they have to quarantine for 14 days. That sort of sudden shift could snuff out a nascent recovery in flying, the last thing that financially challenged airlines and airports need.

The answer may be mandatory Covid-19 tests for passengers returning from virus hotspots. The German government is mulling over a plan, and London’s Heathrow airport wants something similar. For airlines and airports, tests add another layer of expense and bother, but the alternative, widespread fear and what Heathrow Chief Executive John Holland-Kaye calls “quarantine roulette”, is far worse. For passengers, viral tests could easily join luggage checks and body scans as part of the chore of travelling safely. (By Edward Hadas)

It’s a sore topic in the Asian financial hub, where a resurgence in Covid-19 cases has been blamed on the city’s easy treatment of airline and sea crews; some were reported to be seen sightseeing around town while waiting for test results. The exception granted to them, as well as to top corporate executives, has forced the government to tighten social controls, including a ban on dining in restaurants. That will likely deepen Hong Kong’s recession. Two wrongs are making more wrongs. (By Pete Sweeney)