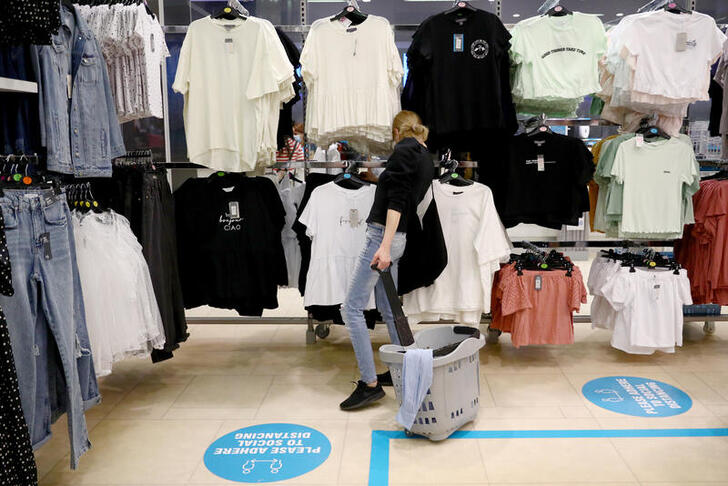 Sketchy rebound. The European economy is embarking on a patchy recovery. Purchasing managers’ surveys from Germany and France were weaker than expected in August, data showed on Friday. And while the comparable UK Purchasing Managers’ Index rose to its highest level in nearly seven years, jobs were cut at a faster pace across services and manufacturing.

The fragile recovery and grim outlook for employment bodes ill for consumption. True, UK retail sales volumes jumped in July to surpass pre-pandemic levels, official data showed. But the figures were flattered by the performance of supermarkets and other food shops, given that clothing sales remained nearly 26% lower than in February. European governments will need to spend more to help hard-hit sectors and those joining dole queues. British debt has topped 2 trillion pounds for the first time and will reach new highs in the coming year. It won’t be the only country to break such records. (By Swaha Pattanaik)

Tough track. Indian Railways is barely plying the tracks because of the pandemic. But New Delhi doesn’t see that as a barrier to raising funds by selling off a stake in a unit that has exclusive rights to provide it with catering services and online bookings. Shares in the $2.9 billion Indian Railway Catering and Tourism Corporation are trading well below a February peak but above the price at which it listed last year. A successful sale will deliver to New Delhi a tiny portion of the 2.1 trillion rupees ($28 billion) it aims to pocket this financial year from asset sales and underscore its zeal for reform. Other high-profile bits on the block include Air India. But the fortunes of that also depend on the free movement of people. Deadlines for bids for the carrier have been pushed back multiple times. Until Indians can travel easily, proceeds might not be first class. (By Una Galani)

A shopper checks products inside a Primark store at Oxford Street, after its reopening amid the spread of the coronavirus disease (COVID-19) in London, Britain June 15, 2020.