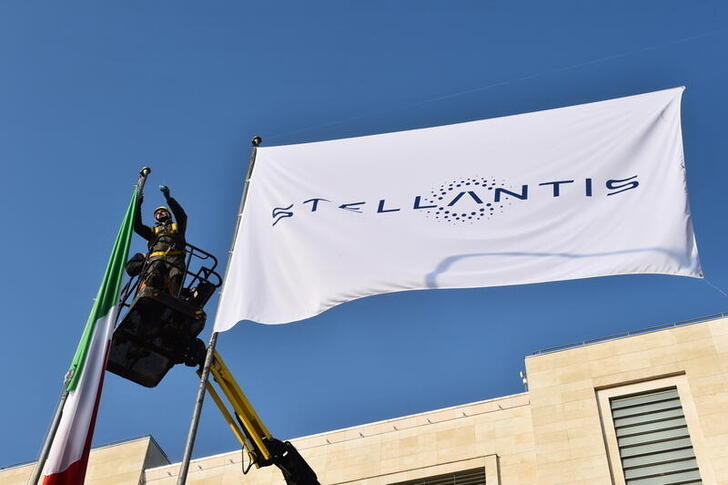 Booster shot. The pessimism about India is overdone. Speaking at the Reuters Breakingviews 2021 Predictions event on Monday, Aditya Puri, the former boss of HDFC Bank, was optimistic about the country’s banks and economy. He reckons fears over lenders’ non-performing loans are overstated and that the government doesn’t need to create a bad bank, arguing that official loss forecasts have been wrong before. Instead, he expects New Delhi to privatise more lenders.

On whether tycoons should be given bank licences, Puri welcomes more competition: consumers’ demand for banking products exceeds supply by a multiple. And what’s the next big opportunity after banking? Puri wants to list the new biotechnology venture he has joined, Stelis, on the Nasdaq within three to four years. Why New York? “You get better value. It’s elementary.” From the man who grew HDFC into a $110 billion bank trading at a rich 4 times book value in Mumbai, that’s praise indeed. (By Una Galani)

Loan ranger. The European Central Bank is trying to solve a problem that’s partly of its own making. Supervisors are threatening to apply extra capital requirements to banks that refuse to reduce their leveraged loan risks, the Financial Times reported. With good reason. S&P Global’s LCD unit reckons debt to EBITDA ratios for European leveraged borrowers hit 5.5 in the year to Sept. 30 – the highest level since 2007. Banks may end up nursing losses if lockdowns drag on and European governments end their economic support programmes.

But policing banks could just push the problem into opaque areas, like private debt funds. Rates are so low that risky lending is one of the few ways investors can earn a decent yield. Meanwhile European banks, deprived of an important source of income, would be even less profitable. Loose monetary policy has all kinds of unintended consequences. So might the ECB’s latest supervisory salvo. (By Liam Proud)

Stars aligned. After a bumpy pandemic ride, Chairman John Elkann’s brand-new carmaker is off to a good start. Shares in Stellantis, born out of the merger of Fiat Chrysler Automobiles and France’s Peugeot, were up 8% at its market debut. Part of the rise is due to passive funds adjusting to the group’s new size. At 42 billion euros, Stellantis’s market capitalisation is roughly twice that of each of the two carmakers last Friday, forcing index-tracking funds in Milan and Paris to pile in.

The merged group is now worth over 10 billion euros more than the combined market capitalisation of the two carmakers in September, when Fiat agreed to cut a cash dividend to get the deal through. But that does not yet fully incorporate the 5 billion euros of annual savings the two groups plan to achieve through the merger, worth some 35 billion euros in today’s money. The star-studded new car player has more to offer. (By Lisa Jucca)

Leaves on the line. Britain’s reluctance to throw Eurostar a lifeline looks increasingly odd. The rail service linking the UK capital to Paris and Brussels has already received 200 million euros of support from its shareholders, including French state rail giant SNCF, which has a 55% stake. Yet a collapse in passenger numbers means it may still go bust by the summer. There are multiple reasons why London should chip in.

As a low carbon dioxide emitter, state support for Eurostar is more in line with Britain’s green ambitions than aid for companies like British Airways, Ryanair and easyJet. A rail journey from London to Paris produces 90% less carbon dioxide than a flight. Eurostar’s collapse within months of Brexit would also undermine Britain’s stated desire to remain a friend of Europe. There are already more hurdles to movement across the EU-UK border since the beginning of the year. There’s no need to make things worse. (By Ed Cropley)

Remote control. Working from home may have lasting effects on office owners. The number of job advertisements that allowed remote working trebled to 80,700 in November 2020 compared with the same month the previous year, data from recruitment firm New Street Consulting Group showed on Monday. To compound the misery for office landlords, fewer jobs are being created. The number of job vacancies fell by nearly a third to 547,000 in the three months to November, according to the national statistics office.

The effects of empty offices can already be seen in the valuations of property companies. Shares in Great Portland Estates, which specialises in offices, are down by nearly a third since before the pandemic in February of last year. Optimistic investors reckoned this might be a temporary hit as a result of lockdowns. But if companies are making more permanent changes to the locations of their workers, office owners may be heading for a bigger hit. (By Aimee Donnellan)

Blink of an eye. India’s top private lender is relatively unscarred by the pandemic. HDFC Bank stock rose 2% on Monday after the lender reported strong earnings over the weekend, driving its market capitalisation up to $112 billion. While the central bank expects that the industry’s gross non-performing loans will increase 600 basis points to a massive 13.5% in the year to September, HDFC isn’t sharing much pain. Its own pro-forma ratio was about flat at 1.38% and its collections efficiency has recovered to 97%, almost pre-pandemic levels. Just 0.5% of HDFC’s advances are being restructured because of Covid-19.

It’s a good start for new boss Sashidhar Jagdishan, and justifies the bank’s enviable valuation of nearly 4 times book value. His team is treading cautiously, though. While overall loans grew 15.6% for the December quarter year-on-year, credit to companies grew at a faster pace than to retail borrowers. (By Una Galani)

Workers install a flag with the logo of Stellantis, the world's fourth-largest automaker, which starts trading in Milan and Paris after Fiat Chrysler and Peugeot maker PSA finalised their merger, at the main entrance of FCA Mirafiori plant in Turin, Italy, January 18, 2021.